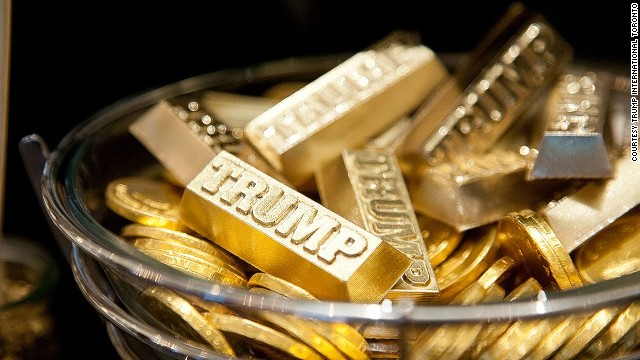 Published at American Thinker on January 11, 2019

According to an article in the New York Post, in his recent government shutdown meeting with congressional leaders, President Trump plied the likes of sourpuss House speaker Nancy Pelosi and pickle-faced Senate minority leader Chuck Schumer with sweets.  Vice President Mike Pence commended the president for his sugary savoir-faire when he informed the media that, contrary to Democrat comments stating otherwise, “[t]he president walked into the room and passed out candy.”

Frankly, Trump shouldn’t have bothered, because no amount of sugar could sweeten up the two corpses who rose from the dead to attend a meeting, partake of the freebies, and then falsely accuse the Candy Man of “raising his voice … slamming his hand,” and having a “temper tantrum.”

Citing a crisis that the Democrats deny exists, Trump said he would not approve of any bill to end the shutdown unless that bill includes $5 billion to fund a wall on the southern border.

About the meeting, Pelosi had this to say: “It was a petulant president of the United States – a person who would say ‘I will keep government shut down for a month or years unless I get my way.’  That’s just not the way democracy works.”  When it comes to democracy, Nancy would know.

After the meeting, Trump tweeted, “Just left a meeting with Chuck and Nancy, a total waste of time.”

Sorry, Mr. President, but instead of trying “to sweeten the deal” with treats, had you chosen to use the opportunity to school the Democrats, the meeting could have gone differently.

Take for instance liberals on Twitter proposing sacrificing organs and one day of their lives in a collaborative effort to extend the life of a progressive Supreme Court justice.  Perhaps, while handing out the Baby Ruth bars, Trump could have signaled his imminent Supreme Court appointment by mentioning the ailing, aging Baby Ruth Bader Ginsburg.

Or, better yet, the president might have coolly reminded Pelosi and Schumer that, regardless of what they think of him, his voters consider him the Babe Ruth of politics and that, with or without Democrat help, his border wall will go down in history as a political home run.

Likewise, it would have been confectionary perfection if, before passing around the Butterfingers, Trump mentioned to those two slimy, butterfingered partisans that by purposely refusing to get a grip concerning the border crisis, it’s Democrats who regularly drop the ball.

The most brilliant choice in the candy lesson department could have come by way of a Skittles and M&M’s tutorial.  Let’s say that those colorful little orbs of sweetmeat heaven had the potential to provide the president with an excellent object lesson if he had chosen to use them to make a point.

Aside from transmitting TB; the flu; and Enterovirus D-68, AKA acute flaccid myelitis, as well as birthing anchor babies and straining the American taxpayer to the point of collapse, ordinary Americans mostly agree that refugees and lawless aliens are generally risk-free folks in search of free health care, a ride-around lawnmower, a falsified Social Security card, and a voting booth.

Nonetheless, immediately after Schumer and Pelosi had dipped their chubby little digits into the bowl and grabbed a melty mouthful, Trump had a perfect opportunity to teach those two Democrat dolts a lesson in border security.

Imagine if, after passing around the sweets, the president had casually leaned over to inform the disingenuous duo that just like ten terrorists or ten illegals with a deadly infectious disease, ten cyanide-laced M&M’s were mixed into the bowl.  As Upchuck and Foolosi squealed, clutched at their throats, retched, spat, and tried to force themselves to vomit onto the Oval Office rug, Trump could have calmly informed them that two dead congressional leaders do not constitute a crisis.

After such an impressive object lesson, Miss Loose Dentures and her sanctimonious sidekick would surely have a lot to whine about at their next press conference.

In any case, if President Trump should ever want to use sweets to woo his political nemeses again, maybe, instead of Skittles and M&M’s, he should be mindful to offer Democrats creative specialty items like the Space Force Milky Way or the Melania’s Not Chunky bar or the diversity-minded Hershey Special Dark or the Low Unemployment Rate PayDay or, everyone’s 2020 favorite, the Trump Skors Again special edition.