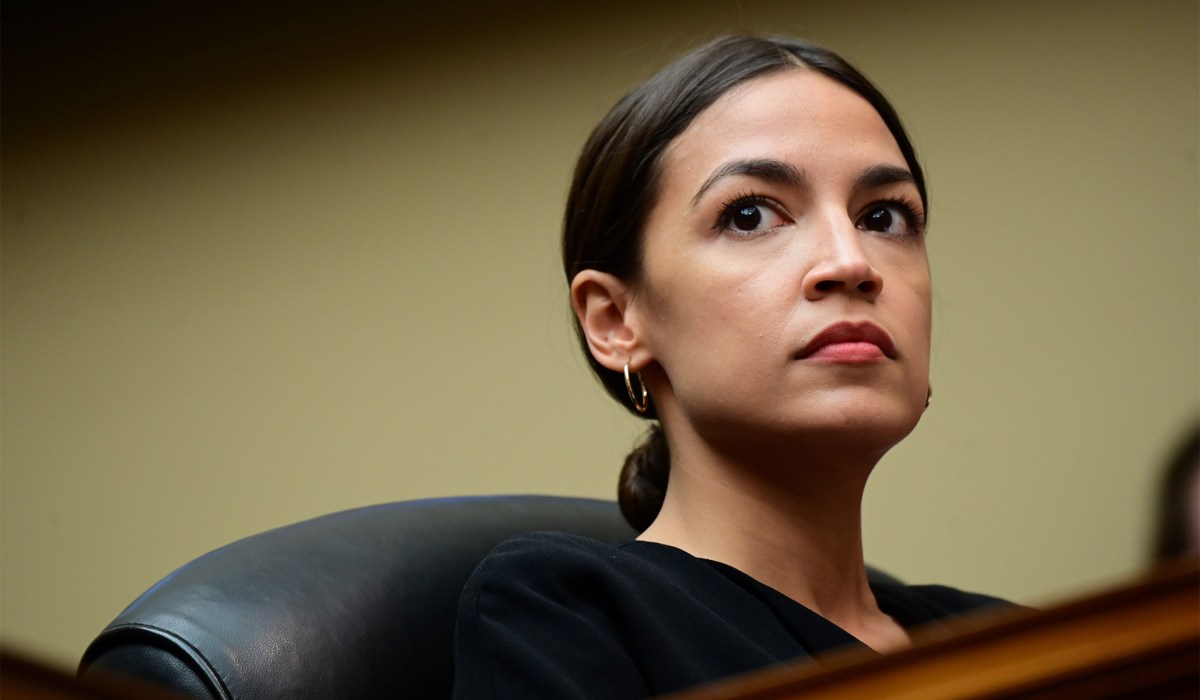 In addition to supporting things such as sharing wealth Bernie Sanders-style, Medicare for all, guaranteed jobs for everyone, free college tuition, the abolishment of ICE, ending the privatization of prisons, the impeachment of Donald Trump, and gun control policies – Alexandria Ocasio-Cortez exhibits racist tendencies.

To win the primary, Alexandria convinced voters that based solely on her ethnicity and her working-class roots, she was the most qualified to represent eastern Bronx and portions of north-central Queens, whose demographic composition is 82% minority, 50% of which is Hispanic-Latino.

The problem is that Alexandria didn’t live in the projects and didn’t spend much time riding the El train.  Instead, since Alexandria was age two, the newly elected politician lived in a three-bedroom home in Yorktown Heights, purchased by her architect father, the late Sergio Cortez-Roman.

Yorktown Heights is a suburb of New York City located in wealthy Westchester County.  Unlike the district Alexandria won, the demographic in the town the political neophyte grew up in is 90% white and 5% Hispanic-Latino.

Sort of like Elizabeth Warren getting in touch with her Native American roots, to remain relevant to people in the 14th District, Alexandria thought it would be advantageous to present herself as a working-class Latina from the Bronx, average household income $50,000 a year, versus a middle-class Latina from White Yorktown Heights, average household income $141,254 a year.

Instead of being truthful, the progressive politician, raised in Yorktown Heights, portrayed herself as a Marxist “from the block,” so to speak.

The candidate’s official biography even went so far as to depict the Millennial, in search of a better education, as having to endure years of a 40-minute ride north from the Bronx to attend school.  The truth is that Alexandria didn’t live in the Boogie Down Bronx.  Until 2008, when she left for college, Ocasio-Cortez lived in a quaint house 40 minutes to the north.  From there she attended Boston University, which currently costs $70,000 a year, and interned in the late Senator Ted Kennedy’s office.

A far cry from looking for handouts, after Dad died, Ocasio-Cortez’s mother cleaned houses and drove school buses to keep the Yorktown Heights home out of foreclosure.  Instead of running on a platform that promoted hard work and sacrifice as a way to overcome hardship and advance in life, both of which she experienced, the newly minted politician chose to reject her mother’s example and tout socialism and wealth-sharing with a Hispanic edge instead.

To ensure that voters from New York’s 14th District would elect her, the Yorktown Heights schoolgirl concocted a story that she perceived would appeal to inner-city Hispanics.  Disguised as an ethnic and economic peer, Alexandria Ocasio-Cortez represented Hispanics in the Bronx by pretending to relate to an educational, financial, and social demographic she knew little about from personal experience.

With that in mind, as a woman of color, Ocasio-Cortez seems to suffer from internalized racism, self-loathing, and animosity toward her cultural constituency.  Alexandria’s platform proved that the winner of the 14th District primary won by stereotyping Hispanics-Latinos as those unable to move out of the projects and as inbred xenophobes supportive only of minorities of similar economic and social experience who are eager to get free stuff.

If a woman from white Yorktown Heights has to make believe she’s a Hispanic-Latina from the Bronx because that’s the only way she thinks she’ll get Hispanics-Latinos to support her, that indicates that the candidate has racist feelings toward her own ethnicity.

Therefore, if the Bronx’s and Queens’s minority voters had realized that the girl in $22 lipstick from Nordstrom’s was masquerading as one of them, maybe, instead of throwing out Joe Crowley, the 14th District would have put Alexandria Ocasio-Cortez on a train heading north to Yorktown Heights, where she belongs.