Published at American Thinker on July 5, 2018 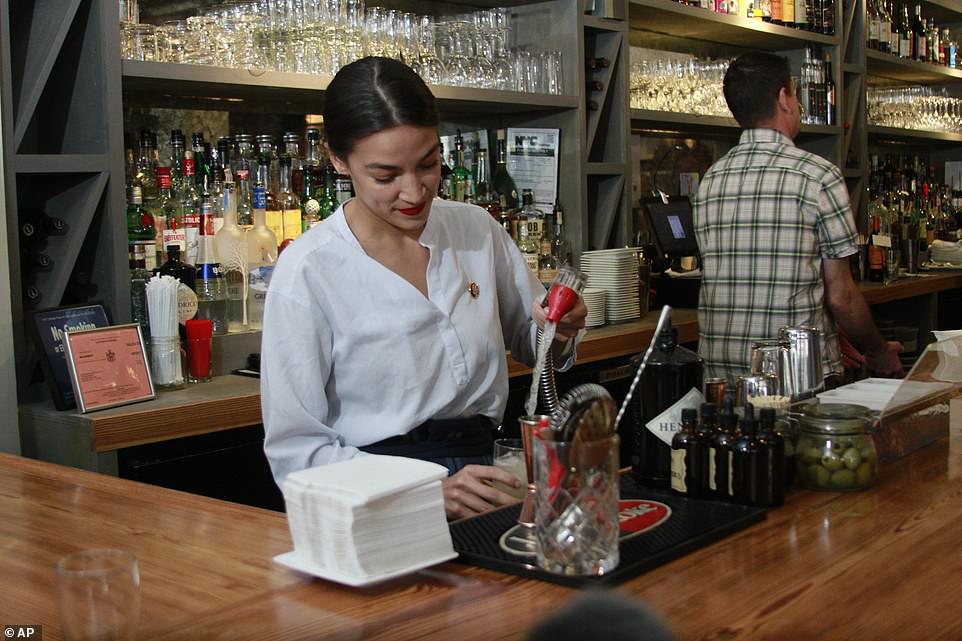 New York’s 14th District’s congressional nominee, Alexandria Ocasio-Cortez, is currently the darling of the Democratic Party.  Running as a Democratic Socialist, the 28-year-old Latina managed to defeat ten-term Democrat incumbent and number-four Democrat in the House Joseph Crowley (D-N.Y.), and she did it by touting the virtues of wealth being socially and collectively owned.

In addition to believing that it’s time for generational, racial, and ideological change, and in the spirit of former first lady Michelle Obama, who shared none of her pie but wanted the rest of us to “give up a piece of [our] pie so that someone else [could] have more,” allegedly, Alexandria, aka Sandy, isn’t all that into sharing, either..

According to a food-server who worked with the former bartender at an East 16th Street taco and tequila bar, Flats Fix, on Cinco de Mayo 2017, the newly minted politician proved that when it came to divvying up the tips, collective ownership lost its appeal.

On the Democratic Socialist website, it says that “Democratic socialists believe that both the economy and society should be run democratically – to meet public needs, not to make profits for a few.”

If “profits for a few” is what Ocasio-Cortez condemned when running against Joe Crowley, why would she begrudgingly throw $50 at a waitress and pocket $510 for herself?  If the soon-to-be congressional contender was really against pay inequity, shouldn’t the server she worked alongside have been given half of Alexandria’s take?

The only explanation for pocketing 90% of the contents of the tip cup and doling out a pittance to a co-worker is that, deep down inside, “people vs. money” Alexandria Ocasio-Cortez considered herself the top 1% of Flats Fix and secretly believed that mixing Mayan Mules has more worth than schlepping fish tacos.

Wasn’t it Ocasio-Cortez who said, “The definition of Democratic Socialism to me, again, is the fact that in a modern, moral, and wealthy society, no American should be too poor to live”?  Is this the same woman who allegedly gave a waitress $50 for a night’s work and kept $510 for herself?

The server was so shocked by the small amount of money she received that a complaint was registered with the management, who wrested another 50 bucks from Alexandria’s tightfisted Democrat-Socialist hands.

The offended waitress told Richard Johnson of the New York Post’s Page Six that after being treated that way by Ocasio-Cortez, “[f]rom that point on, I wouldn’t talk to her.  I couldn’t look at her.  It says so much about her character.”

Six months after slighting a low-wage worker trying to make an honest buck, Alexandria packed up her tip cup and left Flats Fix to run against Congressman Joe Crowley as a Democrat Socialist and won.