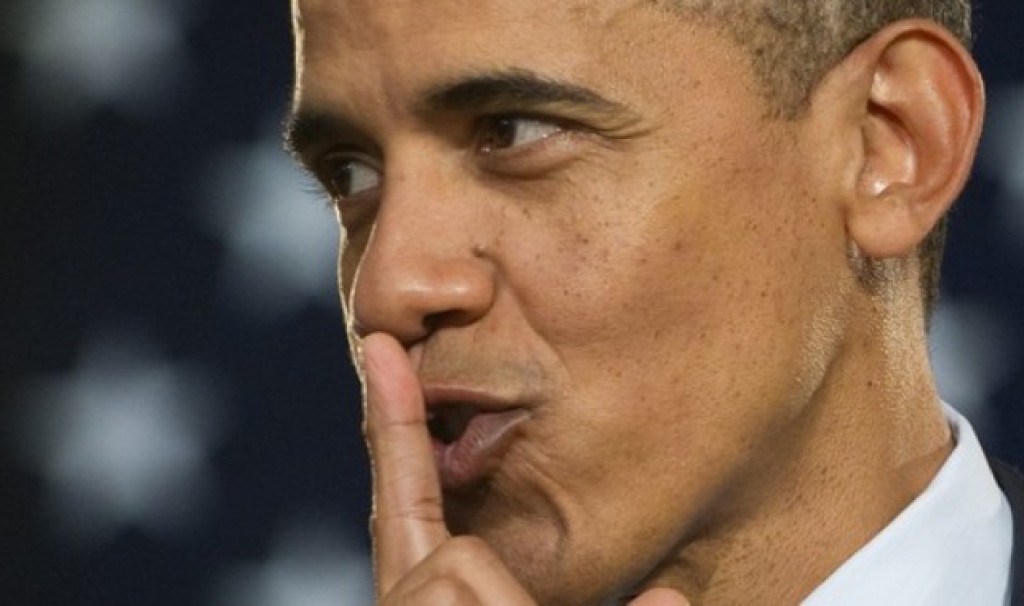 Whether on the world stage, at paid speaking engagements, or on social media, former president Barack Obama always finds a way to finesse his way into the limelight to express his support of things like open borders, women’s rights, and anti-gun efforts.  With that in mind, it’s safe to assume that Obama’s silence is an unspoken endorsement of what he chooses to verbally ignore.

From the Supreme Court to the Republican Congress, during his presidency, Barack would publicly berate those who disagreed with him.  The former president would accuse anyone who didn’t cooperate with his effort to advance a progressive agenda of “not being faithful to what this country was all about.”

After the 2009 election, during a contentious meeting with congressional Republicans about his economic proposals, Obama was quoted as telling GOP leaders that “elections have consequences” and, for those who might doubt, “I won.”

In 2013, while clashing again with Republicans, this time over the debt ceiling and the government shutdown, like a schoolmarm, the haughty former president instructed political adversaries, telling them:

You don’t like a particular policy or a particular president?  Then argue for your position.  Go out there and win an election.  Push to change it.  But don’t break it.  Don’t break what our predecessors spent over two centuries building.  That’s not being faithful to what this country’s about.

After the 2012 election, Obama’s “I won!” mentality emanated from an egotistical belief that his re-election meant that the American voter was pleased with his handling of the economy, health care reform, the border, and everything from Easter egg rolls to gay rights.

The problem for Obama is that in 2016, Republicans took his advice, Americans rejected his eight-year reign of terror, and Trump won the election.

Because the “Make America Great Again” “push to change” didn’t turn out the way Obama or his party had anticipated, there is now a collaborative effort, through orchestrated chaos, to “break what our predecessors spent over two centuries building” by attempting to unseat a sitting president via ongoing investigations and temper tantrums.

Maybe someone needs to remind Obama’s legion of deranged disciples that it was their esteemed leader who once said that “elections have consequences” and that Donald J. Trump won the last election!

In the meantime, Obama seems undecided about calling off those on the left who are currently shadowing, harassing, and heckling Republican officials and threatening to resurrect Weather Underground ’70s-style bombings.

Could it be that Alinsky’s star pupil is discreetly signaling to the opposition that he agrees with what they’re doing?  Could it also be that, although somewhat silent, Barack is hard at work somewhere on his own behalf, fanning the fires of anarchy while pretending to be occupied writing a book and producing “non-political” Netflix documentaries?

If all that is true, would it be fair for Americans to assume that because the former street activist isn’t stepping in to quell the turmoil, he hopes that a new generation of left-wing agents of change will vindicate his legacy by “getting inTrump supporters’ faces” and bringing guns to knife fights?

Barack Obama’s hesitancy to inject calm in the midst of a brewing political storm may send a message to the resistance that harassment is wrong except if aimed at Trump-supporters and that one can support deporting Trump’s press secretary from a farm-to-table restaurant while protesting deportation of illegals from America.

In the end, Democrats who express dislike for a “particular policy or … president” are refusing to grant Trump the same consideration Obama demanded from Republicans when he was in office.  If Barack was so adamant about Republicans respecting – without question – the results of 2008 and 2012 – why doesn’t he reiterate for liberals to “push to change it” “but don’t break it”?  Instead, amid violence cultivated by disgruntled Democrats, the “I won.  Deal with it!” president’s silence is deafening.