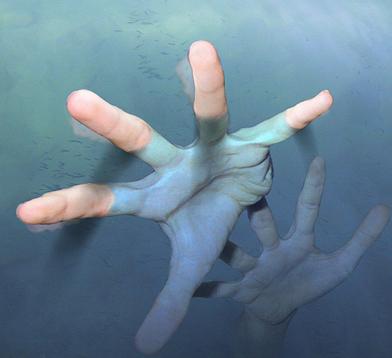 To stifle something is to quell, crush or end by force. When something is stifled its suppressed, curbed, killed by impeding respiration…or suffers from difficulty breathing by being enclosed in a tight space. Thus, the new economic stimulus package will be sure to accomplish the goal of stifling the American economy by being its death knell for sure.

The American public en masse, even if on an individual basis nothing has changed for them financially, senses itself to be in a “tight” spot, suffocating in an economy that is squeezing the perceived life out of them. Right now the citizenry has been “stifled” out of buying their daily latte at Starbucks. Those same latte sippers have been holding their breath and have cast aside their paint brushes from Home Depot. I mean how can you enjoy your daily Caramel Macchiato and redecorate the lanai when so many people are in such dire straits? The fear and anxiety that has been placed upon the American people by a media that is resolute in its support of a big government, socialistic President has managed to impede the financial respiration of an entire nation…mission accomplished!

Now the brilliant answer to this problem is to take more money from those who contribute, but are not spending out of fear, and to redistribute it to those who do not contribute at all. This is the Messianic riposte to jump start the economy? This can best be likened to smothering a fire you’re trying to get started with a damp blanket. Starbucks and Home Depot will be waiting a long, long time until their regular customer base return for screws and drop cloths, while sipping on icy White Chocolate Mochas. Why? Because it’s time to share the wealth, infuse big government with tax dollars and give the reins of the horse and chariot that’s supposed to guide us out of the rugged, ruins of recession with Nancy and Harry at the helm to the same people who bankrupted Social Security, Medicare and organize the efficient goings on at Motor Vehicles.

The government, via Barry, is promising to breathe new life into our economy with $550 billion in new spending with things such as; tax relief for people who don’t pay taxes, now that’s Columbia/Harvard brilliance at its best. In true Barry style and to uphold fairness, illegal immigrants deserve more help, so the legislation, will send tax credits of $500 per worker and $1,000 per couple. It expressly disqualifies nonresident aliens, but it would allow people who don’t have Social Security numbers to be eligible for monthly checks, on you and me. One less Café’ Americano and tape measure for you, more money for illegal immigrants! Less air for you and me…checks for illegal immigrants…now that’s change we can believe in. The new, non-taxpayer, illegal immigrant friendly stifle-US package gives undocumented immigrants who are not eligible for a Social Security number the ability to file tax returns with an alternative number. A House-passed version of the economic recovery bill and one making its way through the Senate would allow anyone with such a number, called an individual taxpayer identification number, to qualify for the tax credits.

Or how about $90 billion CPR project for New Deal type jobs that didn’t work then, and won’t work now? Of course included are $79 billion to teachers unions, $41 billion more to placate even more teachers unions, $21 billion for PELL grants for students whose parents don’t pay taxes and funding for “ambiguous” higher education modernization and $400 million for the prevention of STD’s for the immoral, oversexed student’s who get free condoms and Pell Grant’s and whose parent’s don’t pay taxes. The media must be able to reach all the potential voters with their propaganda campaign, so there is even $6 billion to extend broadband to rural areas and much, much more insightful motivational funding, from King Motivator-In Chief.

For all those gasping for air, the government wouldn’t be able to spend at least one-fourth of a proposed $825 billion economic stimulus plan until after 2010 (coincidentally an election year), which could be likened to holding someone’s head underwater and just before they pass out…letting them have a minute sip of air, just enough to keep them barely alive. Unfortunately, Chris “I get tingles up my leg” Mathews, forgot to inform the public that the air they are getting is putrid, fetid and unfit for human survival.

What 57% of the American population, who support this package, don’t realize is that if you keep breathing in bad air, you die from a overdose of carbon dioxide and seeing as about one-quarter of the entire $825 billion recovery package would be devoted to activities crucial to governors, mayors, and local school boards – making them among the plans biggest beneficiaries…the major polluters are now in charge of the refilling the respirators with lots and lots of self-generated hot air.

So while the American people and their broken economy drag an oxygen can of a stimulus package around behind them they wait in vain for mass government spending and welfare programs to be the answer to their problems.   During that time it would be best to readjust our oxerator and hope that the next two years go by quickly enough to spare us from national infiltration of a choking financial emphysema. The hope for our survival lies in a new Congress in 2010, which will open the windows and let in the fresh air, common sense and financial accountability, which are all necessary to rectify this misappropriated stimulus cure responsible for stifling us all.