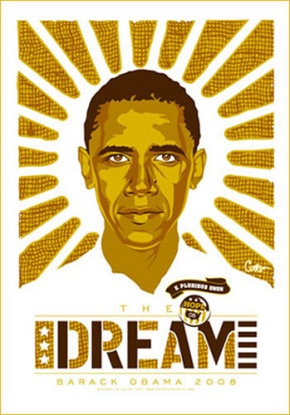 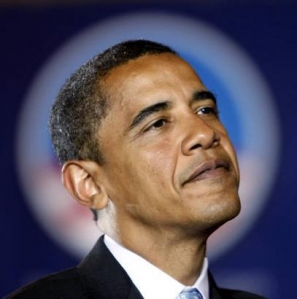 If I told you that we’re going to have 20 million people living on the moon in ten years mining substances yet to be discovered, which will solve all our nation’s social, medical and political problems, what would you say? Wouldn’t you ask yourself, what is the basis of making a statement like that? Now, maybe there is a slight chance that those things may come to pass, but at best it would be a verbal sharing of my imagination, a mere fantasy. If on any level you believed me, the best you could muster is that together we could hope that my prediction comes to pass but secretly we’d both have to admit that there would be no credible basis to believe something that was probably based on my imagination or hopeful fantasy.

Yet as a nation, 54% of the electorate decided to believe and elect someone who makes similar statements. Someone whose presumptive attitude is what drives everything he says. The only difference between him and me is that he has a more finely honed ability to persuade. Large masses of people assume that what he “presumes” is true. For example, President Obama has promised the American public that clean coal technology will create 5 million jobs by 2010, based on what? He might as well have said 20 million people will be living on the moon in 10 years. There is no explanation for such a comment. No plan on how this will come to pass, it is just plain, unadulterated presumption. Five-million jobs, sixty-two percent of the population of New York City’s worth of jobs… based on what?

We now have a President who makes blanket, sweeping statements, which no one questions the validity of. We now call someone “Mr. President” who was jettisoned into the Oval Office merely on talented speaking ability and the leftist media’s ability to personally design a cult hero/celebrity. Our new Executive in Chief has zero executive experience, has run nothing, has never balanced a budget, ran a state, overseen a staff or made a corporate decision that has affected even a small group of employees. Moreover, he has zilch experience doing any of the things he has proposed, and naught experience to draw on as to whether anything he “believes” can actually work. There is always the outside chance that perhaps some of his presumptive proposals will work…that remains to be seen. However, right now, there is nothing of substance to base the measure of faith that has been put on an individual who has no record to under gird the confidence that has been nationally bestowed upon him.

Barack Obama’s presumption is of biblical proportion. He feels he can do great things…this would be a laudable, self-confident attitude to have if the well-being of the planet didn’t hinge on his self aggrandizing promotion of himself. My question to him is, “Mr. President based on what?” Isn’t it a huge “leap of faith” for a whole nation to risk, based totally on an individual’s presumption coupled together with our mutual assumption that his lofty conjectures can succeed?  This is a valid question, especially since he seems to have all the answers for everything, both nationally and internationally. Isn’t it wise to consider that possibly the hurdle we’ve taken has put a lot at stake? Here is someone deciding for himself that he’s the right individual for the job. However, if this particular job required a resume’ this applicant would have been mocked by any credible, serious-minded search committee. Barak definitely wouldn’t have made it to the first interview. However, that is not how our political system works so we’re vulnerable as citizens to the political tides that fluctuate to our own detriment.

It is dangerous for a nation to base all of its trust for everything from economic health, national security, and social justice to unbridled optimism for international peace so firmly on the shoulders of someone’s personal opinion about their own untested abilities? To place so much weight on nothing can be likened to being convinced to cross a bridge whose supports are beneath the water and not necessarily strong enough or properly tested to carry large quantities of weight. What would be the chance that we might hazard crossing over based merely on someone’s flowery entreaties? Would unwarranted conviction that we can make it to the other side, with no information to fall back on as to the amount of burden the bridge can withstand, convince us to throw caution to the wind and mindlessly venture across with full throttle abandon?

In a nation that has pooh-poohed religious faith, we have a large portion of the god-less generation putting blind faith in someone who presumes he can walk on water and his followers fervently believe him? For those who champion separation of church and state a new federal level congregation has found their deity and they refuse to divide the divinity from the dais at 1600 Pennsylvania Avenue. Secularists look down on believers in an invisible God who happens to have an extensive track record, as being naive. However, these same secularists have now unreservedly placed all their faith in a fleshy, human god with no experience in solving, overseeing, or rectifying even the minutest problem, dilemma or crisis. These nouveau believers have placed their gift of faith and trust at the altar of an ideologue, liberal college professor whose classroom lectern has now become a podium with an international stage. Here he can freely parade his presumptive proposals without constraint. This academic presumes that all the idealistic ranting of the classroom can now be implemented to solve all the problems of the nation as many of the faithful accept as true that his presumed power extends to the healing of the world!