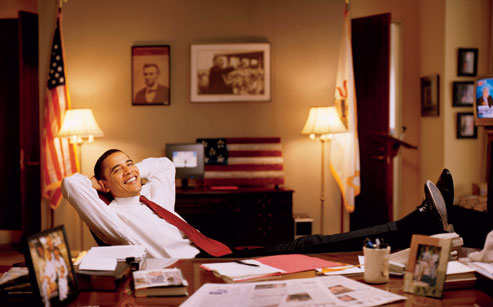 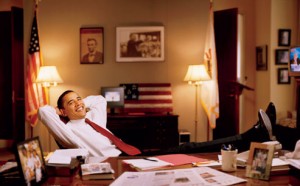 1. First and foremost, don’t ever pay your taxes, especially if you’re involved with the Treasury Department or IRS issues.

2. Be a firm and ardent believer in “Change” the kind of change you can wrangle, like a member of a gang of thugs under threat of jail and criminal prosecution, from the pockets of every American citizen.

3. Make sure you can loudly, boldly and confidently chant “Yes, we can!” and then whatever you do just…don’t.

4. An important prerequisite should be to not even think about throwing your hat into the ring unless you’ve been in a position to grant at least one state contract to a political donor.

5. Carry around a bottle of Ginkgo Biloba wherever you go to prove to the Commander in Chief that you’re working diligently to address your recently discovered memory problem. Case in point, when Tom Daschle said, “I don’t know, something caused me to think about it, and I hadn’t until then…I have no idea why it occurred to me” he had a perfect opportunity to mention that the Ginkgo will eventually kick in. This should clinch the position for sure…and then when and if he is confirmed and becomes the Secretary of Health, Education and Welfare, he can institute a special council to champion the issue of Alzheimer’s disease.

6. Make sweeping statements about “patriotic sacrifice” and then don’t do anything that you insist everybody else should and must be doing.

7. Agree with all the proposals to spend billions of dollars on things like Amtrak, studying climate change, teaching children about sexually transmitted diseases, Head Start and the National Endowment for the Arts. Come forward at press conferences and assure the American people that what you’re proposing is good for the economy, when you know in your heart that it is a just a bill stuffed with pet projects and money for causes supported by you and the other Democratic politicians who created it. Whenever you mention that it is a “stimulus” package an easily understandable object lesson would be to just show the American people the berry flavored condoms you’ll be handing out to the youth of America to control STD’s and they’ll enthusiastically accept it as a must needed “stimulus”!

8. When you find out that discretionary spending is down and tax revenue is suffering because people aren’t spending money…suggest raising taxes to fix the problem.

9. Act haughty and make fun of the opposing parties speaking ability and public speech blunders and then fumble and bumble all over the place every time you open your mouth.

10. Keep something nearby at all times, to fan yourself with, so whenever Barry speaks and you get tingle’s up and down your legs, your face doesn’t get flushed and give you away.

11. Suggest to Obama individuals for key positions in his Cabinet people who have been your own personal patron in the past and have paid you millions of dollars in salary.

12. Remember things that you forgot right around the time you have inkling that you may be considered for a Cabinet position, like perks you’ve received from wealthy donors that should be counted as income.

13. If you’re a Catholic make sure you identify yourself as such and then staunchly and proudly support FOCA and partial birth abortion.

14. Make sure you’ve verbally attacked former administrations and the opposing political party and then when you get caught doing worse things than they’ve ever done, blame it on personal, “Errors” or “Big mistakes” and make light of your issues.

15. Project yourself to the American public as being too important and more indispensable than your crime. For instance, if you’re a tax cheat, portray yourself as the only person in America who has the experience, smarts and know-how to straighten out the tax system in this country.

16. And last, but certainly not least…compliment our new President, every chance you get, for his the hope he has brought to this nation with his outstanding ability to discern, vet and appoint Cabinet appointees.