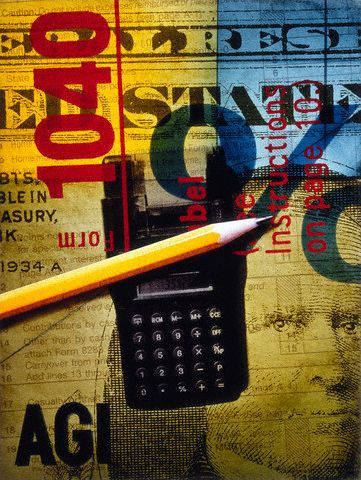 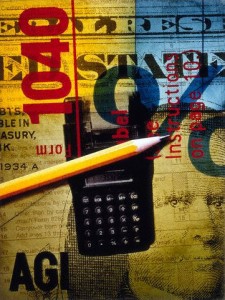 I was all excited this morning when I found out that I was getting $13.00 a week in tax rebates from the Obama Spend-a-Rama. I mean it’s hard to not consider, when hearing numbers in the trillions, “Hey, what’s in this for me?” This morning, upon rising, good news finally filled my “catastrophically crisis” filled head. I found out that I too was getting a cut of the “stimulus” spoils. Running through my mind like a ticker-tape was a list of things I could get with all that money. My options ran from 1,300 pieces of penny bubble gum a week, to a Tom Cruise DVD of the movie “Cocktail”, to a Hall & Oates in Concert CD. I mean it was just yesterday that I was humming the tune, “It’s a Hard Knock Life” from the Annie soundtrack today; it was “Fortunate Son” by Credence Clearwater Revival providing the background music for these happy, dancing feet.

I felt like James Wilson Marshall when he struck gold in California 161 years ago. I mean in the Czech Republic, you can buy yourself a visit to the government funded socialism paid for doctor for $1.85. What could be better? So you can imagine my disappointment when I realized that the devil was in the details. The bill wasn’t even off the press and my $1.85 per day was already being whittled away. I was thrilled about being able to go to 7-11, where I know I’ll soon be going for my own yearly checkups, for a paper and a coffee every morning with my stimulus booty. I knew I would have to budget carefully since the NY Post recently increased in price to 75 cents, which would leave me with only $1.10 for a cup of Joe. This meant that in order to come in under budget I’d have to downsize to a medium from a large, but I’m reminded that it’s time for national “sacrifice” so I’m more than willing to forfeit a couple of ounces of French Roast Java to exhibit my commitment to patriotism.

However, after reading an AP report, upon arriving at work with my pre-stimulus provided Sumatra, I found out, much to my dismay, that…

The $500-per-worker credit for lower- and middle-income taxpayers that Obama outlined during his presidential campaign was scaled back to $400 during bargaining by the Democratic-controlled Congress and White House. Couples would receive $800 instead of $1,000. Over two years, that move would pump about $25 billion less into the economy than had been previously planned.

Officials estimated it would mean about $13 a week more in people’s paychecks this year when withholding tables are adjusted in late spring. Next year, the measure could yield workers about $8 a week. Critics say that’s unlikely to do much to boost consumption.
“The most highly touted tax cut in the original proposal now translates into $7.70 a week for middle-class workers,” said Senate GOP Leader Mitch McConnell of Kentucky (AP, Economic stimulus package on track for final votes, Andrew Taylor, Feb 12/09).

I was floored…my $1.85 per day, $13.00 per week, $52.00 per month, $624.00 per year tax rebate, on average, had suffered a 40% decrease in rebate plunder between home and work! I nearly burst out crying when I realized that I was reduced to having to trade in my $13.00 “Cocktail” purchase, for an alternate $7.70, “Dragon Tales” DVD appropriately entitled, “Yes We Can!” What a shock to my “hope” and “change” system. The Democratic Congress and our newly elected President were just about convincing me that the promise of upper-class, $250K earner pillage awaited me in the years to come and that my $13.00 rebate was just a teaser for the treasure that was about to befall me.

It’s hard to believe that in less than eight hours my daily rebate has been reduced to $1.10, which works out to a rousing $400.40 dollars a year. I was grateful though because my $7.70 a week, with gas at $2.10 per gallon and going up, had provided me the means to buy four additional gallons of gasoline per week. This subsidized gas money comes in very handy at this time in our economic history because I live only about a mile from my job. With the help of this stimulus bill I can get back and forth to my place of employment where I toil away  in anticipation of my income tax rates going up.  My job assures me that I have ample means to cover the cost of the very bill, which provided me with the $7.70 in the first place.

When I regained my composure and tempered my out-of-control ebullient gratitude toward my new President and his economic team I realized that my bottom line might be lacking following the impending expiration of the Bush tax cuts, which have been promised to be dropped by President Obama’s senior economic adviser. It was quite a wake-up call when I realized that the tax rebate I was lauding in the a.m. may very be the death knell to my yearly income in the p.m. According to Larry Summers, any idea of renewing the Bush tax cuts, set to expire in 2010, is a “dead issue”. Summers, a former Treasury secretary and head of the White House’s National Economic Council, made clear to “Meet the Press” host David Gregory that, “Obama is committed to allowing the tax cuts to die” (Newsmax, Summers: Bush Tax Cuts Won’t Be Extended, 1-25-09).

While it is true that I had been granted a campaign promised “distribute the wealth, punish the rich” tax refund I quickly realized that if my calculations were correct my tax proceeds may still leave me owing the federal government money at the end of the year! The thought of it changed my choice of beverage from a medium French Roast at 7-11 to a pricey dry Martini with an olive.

Thanks to the Bush tax cuts, my husband and I presently profit from about $3000.00 extra dollars per year in our pockets. Now, if my math is correct, even with my new Obama-Rama yearly tax rebate of $400.40 I will still owe the federal government approximately $2599.60 a year after 2010. If I’m correct this works out to $50.00 less per week in my paycheck! This morning I was ahead by $13.00 per week and tonight I’m down $50.00. Now that’s a major plummet from the heights of promised riches. The “hope and change” tax rebate gives me $7.70 dollars a week, which means that after my tax rebate expires in 2010, I’ll only have to pay $50.00 per week instead of an exorbitant $57.70? Is that how it works? Wouldn’t it be better for me to be allowed to keep my $57.70 and Obama gets to keep his magnanimous $7.70? Fifty-seven dollars and seventy cents a week provides me with a much more formidable $8.25 a day, which more than covers a coffee and a paper.

So this afternoon I’m just sitting drinking burnt, cold coffee from a flimsy Styrofoam cup, purchased from the local deli, reading a copy of yesterday’s paper I found in the trash. The realization is harsh when I realize I’m no longer the appreciative recipient of the 1 trillion dollar Obama-Share-a-Rama that I was this morning but rather just another cash-strapped casualty of a big government Obama-Tax-a-Rama.