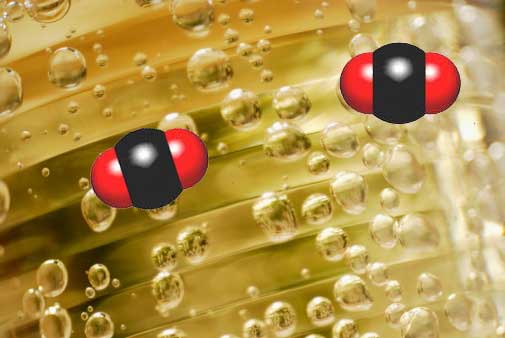 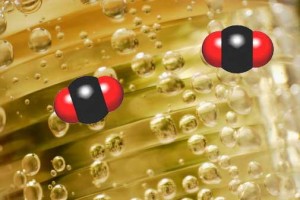 When I found out that the EPA is expected to regulate carbon dioxide emissions into our atmosphere I couldn’t help but contemplate the potential for the American public being given another opportunity to participate in government generated gratuitousness. Once again as a nation we can occupy ourselves with a sacrificial initiative to rectify a problem plaguing not only our nation, but the greater global brotherhood of man. “The Environmental Protection Agency is expected to act for the first time to regulate carbon dioxide and other greenhouse gases that scientists blame for the warming of the planet, according to top Obama administration officials” (NYT, EPA Expected to Regulate Carbon Dioxide, Broder, Feb 19, 2009).

Prior to the housing crisis we presently find ourselves in, it would seem impossible for anyone to believe that hard working tax payers might be penalized by being asked to shoulder the mortgages of deadbeat home buyers, but we are! Historically, there has always been a natural rhythm to home buying and it all seemed to work as naturally as breathing. Now, the EPA under the direction of the Obama administration is presenting us with another issue that can actually be impacted by very act of that breathing. Simply put, when we breathe we inhale oxygen and exhale out the waste in the form of carbon dioxide and water. When we exhale carbon dioxide returns to the atmosphere around us in the form of waste. Monitoring what is perceived by environmentalists as a threat to the environment has become a political power grab that Obama officials are planning on availing themselves of, “…any source emitting more that 250 tons of a declared pollutant would be subject to regulation” (NYT, EPA Expected to Regulate Carbon Dioxide, Broder, Feb 19, 2009).

With the way that the government has addressed the housing crisis what do they have in store for us as they attempt to regulate CO2? Are we going to be asked to “sacrifice” again but this time for the well being of the environment, the nation and the global community? It the implementation of CO2 policy going to present our nation with the opportunity to fulfill our calling “…as citizens — proud citizens of the United States and a fellow citizens of the world” ( Fox News Obama Casts Self as World Citizen, But Will It Play in America?, July 24, 2008)?

Just as our dollars are contributing to the bail out by requiring a donation of currency from each and every one of us, will we be constrained to contribute in some way to our growing CO2 problem? Entreaties to share and to sacrifice are being portrayed as a gracious means of rectifying a very large economic problem. Are we going to be asked to make a contribution to the planet, as it relates to our own personal CO2 output, and if we’re not why not? I’m sure if our articulate, convincing President would only take the time to stress the “catastrophic crisis” we’re in, as it relates to carbon dioxide emission, he could get the multitudes to take action and volunteer to do whatever is necessary to insure that they aren’t personally responsible for emanating excess CO2.

We have to be honest with the American public and confront the fact that just as some people have too much in the material sense, there are people who selfishly breathe too much and should learn to do with less for the benefit of others. In the spirit of handing over 50% of our income on behalf of “fairness”, maybe we can take half the amount of breaths we presently take for the good of the atmosphere. Breathe one, hold one, breathe one, hold one…we won’t die and we’ll cut the level of carbon dioxide emitted by the people living on this planet in half. In addition, this practice would add color to our national palette in a lovely shade of oxygen-depravation blue. This is a worthy, patriotic cause just as bailing out our neighbor in the mortgage crisis is. We all need to pitch in and do our part even if it means national respiratory restrictions being implemented to insure the well being of the planet.

Fifty-percent breathing cutback could be called the Carbon Dioxide Reduction Program where credits can be awarded to individuals who conserve the greatest amounts of carbon dioxide by curtailing their breathing activity. An average human breathes some 10 times per minute, which computes to 600 times per hour, 14,000 per day. We exhale on average 1150 liters of carbon dioxide per day. Cutting that output in half by mandated breathing restriction could impact the ozone layer and global warming in a massive way and is something the EPA should be seriously considering to sign into law as soon as possible.

The new heroes of our society can be those who willingly make it a practice to breathe as little as possible in order to cut down on carbon dioxide waste being emitted from their lungs. According to calculations, if we breathed half as much we could reduce CO2 emissions by over 1 billion tons per year or about 4% of the total 25 billion tons of global output of carbon dioxide. This would be decidedly difficult for those in Congress and the Senate who are themselves responsible for doubling their individual CO2 emissions as compared to the average citizen. However, they would be exempt from all breathing restriction policies and would be given hot air credits as a way of extending public respect and adoration.

Maybe the government can outfit every American citizen with carbon dioxide containment space suits that we’ll all be required to wear under threat of either death or imprisonment? Or maybe we can all have monitors like the meters we see in taxi cabs implanted under our skin, which can take a constant measure of our carbon dioxide output. This instrumentation would measure and monitor our carbon footprint for the common and greater good.

The CO2 restraint policy initiative will work especially well for Barry’s ardent “Yes We Can” voters. This is a perfect opportunity for Obama supporters to demonstrate their commitment to their leader. Physiologically our metabolism slows down when we exercise less, sleep more and meditate, all of which are practices Obama supporters are adept at. These three actions slow our system down, which means we breathe less and thus exhale less CO2. If 53% of the voting population already indulge in these activities they are already doing their part to lessen their carbon footprint and as a nation we’re already ahead of the game. The bailout package that was passed will help contribute to this voting bloc being able to continue to sow to the slowing of their metabolism while the rest of the country supports their noble endeavor.

This plan could work to the benefit of the deficit too…if we reach our quota and can’t control and conserve carbon dioxide output for those who breathe too much, they can be instantly terminated, reducing their carbon footprint while at the same time conserving government provided health care dollars that would be needed to care for them in the future. A government funded, “killing of two problems with one government proclamation” all in the spirit of socialistic sharing, caring, patriotism, as well as the preservation of “hope and change” policies for the collective, planetary “common good”.

Cap and Trade will do what to this nation?

Copyright 2009 Jeannie-ology. All rights reserved. This material may not be published, broadcast, rewritten or redistributed.