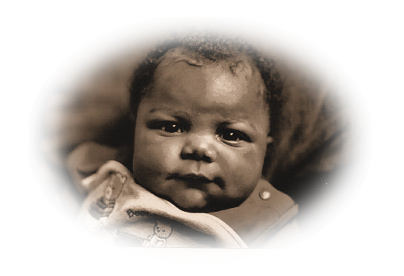 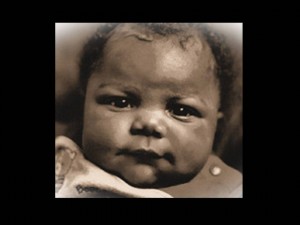 Our country rightly honors great civil rights leader the Reverend Martin Luther King with a national holiday. We have also dedicated an entire month in our calendar year to commemorate and advance Black history. On November 4th of 2008 our nation, which is sixty-six percent Caucasian, elected a bi-racial President.

Disregarding the progress our nation has made in a speech to Justice Department employees marking Black History month, the most inspirational and inspiring thing our first black Attorney General had to say to his audience was that, “Though this nation has proudly thought of itself as an ethnic melting pot, in things racial we have always been and continue to be, in too many ways, essentially a nation of cowards. “ It’s puzzling to me why the hope and change administration continues to attempt to stir up racial resentment in the citizenry of this country, while ignoring their own personal and career advantages. Holder’s drum beat is the same old race baiting banter that this election has proven, by its results, to be both tired and fallacious. It is true that there are “unresolved racial matters that need to be addressed”, but not the same ones our Attorney General is underscoring for political purposes and in order to secure a future voting bloc.

What politicians like Eric Holder fail to recognize is the mixed messages he sends out when he supports the policies of an administration that believes that one form of life has value and another doesn’t. To try to convince people that we’re lacking bravery in the area of race, just doesn’t hold up when your approbation is upon the destruction of the very people you are trying to gain respect for.

Eric Holder, Barack Obama, Nancy Pelosi and the whole left wing of their radical party can’t promote a certain philosophy for one group and then expect it to be dismissed for another. Once the value of life is diminished on any level, you give authorization to the American public, regardless of their race, to dismiss all human beings based on personal opinion, feeling and convenience at any given time, for any reason.

The same party that doesn’t want morals to be legislated by religious groups is the same one that supports abortion rights with such a religious fervor that it surpasses even a national, year-round revival meeting. Their battle hymn is, “Keep your laws off my body.” Liberals want God out of the public sector because they don’t want religion legislating what they feel is misplaced morality. Yet, they think racial harmony can be legislated through this same godless government by laws and edicts, which they utilize to advance a form of race relations that they hope, will benefit them on Election Day.

Liberals attempt to intimidate a nation through shame, self-reproach and racially based law to acknowledge the value and the fundamental worth of people who are different than we are in culture or color. This is based on what can only be defined as twisted sense of ethical relativism, which appears to be an obvious attempt to dispel distinct unseen remorse. In turn, liberals now become the arbitrators of a form of morality they themselves decry. They do this while at the same time encouraging the full scale slaughter of the unborn, which goes against the intrinsic human soul. Someone needs to tell them that love and respect for our brothers and sisters is not something that can be coerced on us by self-righteous politicians but comes naturally from within a pure heart regardless of what Eric Holder says.

Barack Obama’s party works hard to undermine the human worth of the unborn in the minds of the public in order to justify extreme policies. His stance diminishes the value of the life of the unborn, demeaning it to the status of a throwaway “Privacy right.” Liberals vehemently argue that individuals deserve the legal “right” to make a decision about whose life has value and whose does not. Yet, they remain blind to the possibility that they may be the ones contributing to racism by conveying a confusing, double bind message to the American public giving them undercover permission to consider a life as less than worth respecting.

Maybe Eric Holder, on behalf of his own people, should quit being a coward himself and stop advocating his own sense of morality through the advancement of racial resentment and address the following:

Blacks do, indeed, have much higher rates of abortions than whites or other minority groups. In 2000, while blacks made up 17 percent of live births, they made up more than twice that share of abortions (36 %). If those aborted children had been born, the number of blacks born would have been slightly over 50 percent greater than it was.

Data from 1973 indicate that black a woman’s share of abortions has consistently been at least twice their share of live births .

I don’t appreciate being lectured to by a representative who heads a department that is supposed to foster “justice” but supports FOCA, the most brutal form of abortion policy and the most liberal of guiding principles for a women’s right to choose. As far as I’m concerned, Holder’s support of FOCA takes away his credibility to criticize me about his conjecture that I’m not brave enough when it comes to the issue of race. If the Attorney General wants to lead the American people in the area of race relations he should start by meting out justice against a procedure that is reeking carnage upon his own people, which would exhibit on his part the bravery he thinks we lack.

Race-baiting language is a false form of secular religiosity and Holder‘s homily is misdirected and should be addressed toward the supporters of liberal abortion issues not on the citizens of this nation that respect human life, regardless of race, creed or color. We just came to the end of an administration overseen by a President who supported the “right-to-life” for the unborn and who quietly gave 4 billion dollars in aid to Africa. Bush’s generosity toward the African continent and its people goes unnoticed and unappreciated by liberals who are self-righteously focused on trying to convince us that we “… have a special responsibility to advance racial understanding.” Without fanfare and without the need for accolades or humanitarian awards Bush increased direct development and charitable aid to Africa to more than $4 billion a year from $1.4 billion in 2001, according to the Paris-based Organization for Economic Cooperation and Development. And four African nations — Sudan, Ethiopia,  Egypt and Uganda — rank among the world’s top 10 recipients in aid from the United States.”

When the newly appointed champion of justice Attorney General Eric Holder conveys his concern that, “Race issues continue to be a topic of political discussion … average Americans, simply do not talk enough with each other about race,” maybe he should be encouraged by us to discuss the fact that for every 1,000 black babies born, there are 472 unborn black babies aborted. How about initiating a discussion like that Mr. Holder?

Attorney General Holder is the one that needs to be reminded by all thoughtful, caring human beings that as part of an administration that is dead set on “…changing the world from what it is to what they believe it should be, ” that millions of American’s judge the biggest act of cowardice in the area of race is being perpetrated upon the African American unborn. Maybe he should attempt to address the vicious policies enthusiastically and passionately supported by himself, his party and the first African American President and instead of continuing to point fingers maybe he should take the time to look in the mirror.