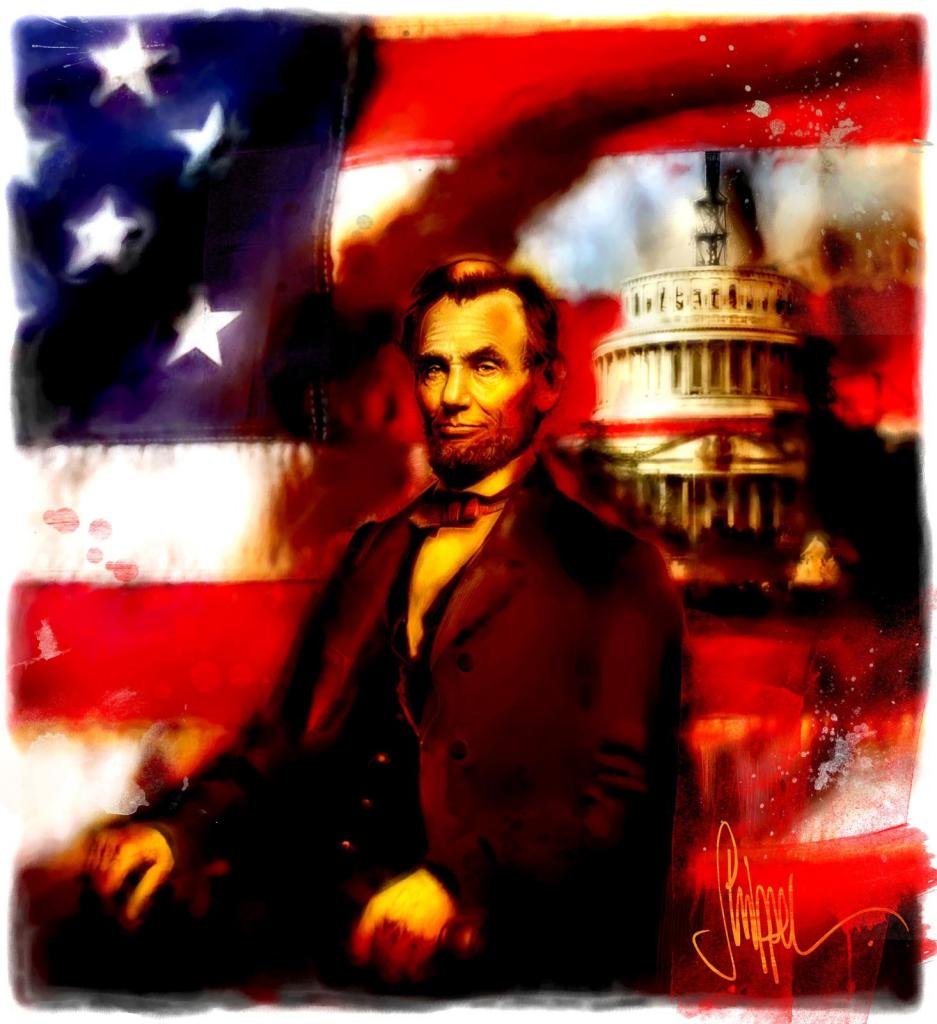 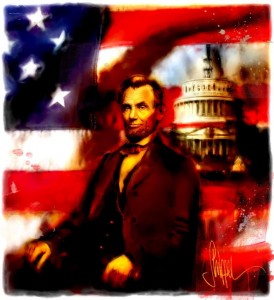 He rode the train, he used the Bible and in order to accrue political respect shamelessly aligned his life’s journey with Abraham Lincoln’s. However, in the first few weeks of governing he certainly didn’t adhere to Lincoln’s ideology when it came to dealing with the economy, “You cannot keep out of trouble by spending more than you earn” (Abraham Lincoln 1861-65). Lincoln freed the slaves. Barack Obama is busily resurrecting the institution of slavery and is dead set on making indentured property out of us all.

While the burden of slavery was heavy upon our nation’s shoulders and the result was very nearly the destruction of a fragile Union a President rose to the challenge and conquered our national stain. Quite unlike the 16th President of our nation Barack Obama, in the first three weeks of his administration, has heaped upon our cowed shoulders a debt that can never be repaid. While Lincoln is the President who will be remembered as the one that “set the captives free,” Obama may well be remembered as one who enslaved a once free nation.

If Obama desires to alleviate our economic woes he should read and heed the words and tenants of Lincoln who said, “Property is the fruit of labor…property is desirable…is a positive good in the world. That some should be rich shows that others may become rich, and hence is just encouragement to industry and enterprise. Let not him who is houseless pull down the house of another, but let him labor diligently to build one for himself, thus by example assuring that his own shall be safe from violence when built.” These words embody the antithesis of what Obama is endeavoring to establish in the new America he is forging by frenetically implementing policies with fabricated fairness as its focal point.

Obama’s audacious institution of 1.7 trillion dollars of debt, his stoking of class warfare, punishing success and rewarding lack of industry is contradictory to what Lincoln maintained? Our nation is slowly being transformed into a confederacy of citizens who refuse to recognize the injustice amongst us? By looting the property of those who worked for it, Obama is brazenly sending a message quite the contrary to the capitalistic ideology upheld by the one whose tattered Bible he proudly displayed on Inauguration Day.

Barack Obama embodies the liberal practice of imagery over integrity? The truth is he doesn’t really care to wear Lincoln’s size fourteen shoes. He portrays himself as being another Abe, when in fact the war that Lincoln fought was to free our nation from something very akin to what Obama is presently imposing.

Obama is on a mission to institute a social system, which embodies all of the characteristics that represented the greatest blemish of injustice in history. He is establishing a governmental system, that can easily be likened to slavery. Once free people are being bundled in a direction he has ordained, like a massive herd of human chattel. We are destined to be prisoners of the plantation laboring for crumbs and resting on a pile of hay, while toiling at the whim of the Master

American ingenuity and hard work once set us apart as individuals, but Obama is determined to turn us into a faceless sea of workers. His goal is that we become the property of the government living only to maintain the well being and desires of the enslavers of the freeman, the welfare state and Congressional and Senatorial plantation owners. We are being forced to lumber along in the heavy shackles of big government, national debt and high taxation all imposed upon us by those who were supposed to ensure our freedom.

We’ve spent from November 4th to January 20th on the high seas being transported aboard an Amistad of sorts. Disembarked we’re being sorted into groups, weighed and measured by salary, class status and sold into bondage accordingly. We are about to have our industry beaten out of us to learn that inbred determination and hard work will do nothing for personal prosperity as we’re destined to throw a harvest of cotton bolls into a massive ocean of debt.

I believe that if Barack Obama could distribute the 40 acres and a mule, which he probably feels is rightfully due his beleaguered people. He wouldn’t have a bit of trouble lessening the acreage allotment down to 15.6 acres by absorbing 39% of the reparation. In addition, he’d come up with a creative policy proposal, which would tax the beast of burden by the mile levying their personal property and reminding the liberated that government keeps us slaves even when we think we’re free.

Barack Obama considers himself a champion of civil rights someone whose own ancestors suffered the blight of slavery, yet he cannot see that he is a slaver himself. We’re not human beings to him, we have no identity. We’re all just potential producers, contributors to his national plantation collective. Abraham Lincoln understood the dynamic of slave and master and how it related to democracy, “As I would not be a slave, so I would not be a master. This expresses my idea of democracy. Whatever differs from this, to the extent of the difference, is no democracy.” Does Barack Obama want this nation to remain a democracy or is he striving to mold it into something else as he saunters around the national stage like the ultimate “Massa?”