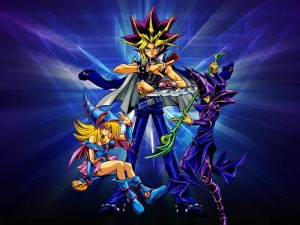 The other day I wrote a short (for me) piece entitled the Yugioh Card Conundrum. It was about an object lesson I taught my grandson Luke using his excitement about making money by selling his large collection of Yugioh, Pokémon and Baseball cards on eBay. While working together to organize his collection of cards, I juxtaposed our Sunday afternoon conversation against the current political world we live in. I attempted to instruct him on how the profits we work hard to earn are presently being seized by a government system that discourages hard work, investment, risk taking and profit. This is a hard, but necessary lesson to learn even when you are only ten years old. My goal at the time was to help mold him into a leader who is able to recognize injustice and grow into a man who stands against it.

The reaction I got from some people who read my note was, “You’re mean you ruined the poor kid’s day”, “Nice Grandma, couldn’t you just let him live in his childhood fantasy world a little longer”, “Go ahead teach the child lies.” Initially, I thought I was doing something good by driving home the point to Luke that the world we live in is not friendly toward ingenuity, hard work, investment, risk taking and mapping out a plan for your life that insures personal profit. I wanted him to understand why we believe what we believe when he hears us talking. In fact, at one point during the impromptu lesson he even asked me, “Grandma, is that why we’re Conservatives?” And I was able to say, “Yes, that is why we believe what is going on right now is very wrong and it’s important to vote for the right people.” He got it!

In spite of driving home my point successfully, I still couldn’t forget that downtrodden face walking away from the Yugioh cards, which he thought would make him a fortune.  It was both heartrending and depressing. So after getting the response I did from people who read my blog I tried to think of a way that I could hearten my little Republican in the making. All of a sudden I thought to myself, “We bought those cards at an inflated price, while some crook probably made a profit!” His Grandfather had spent hundreds maybe even thousands of dollars on $1.79 packets of trading cards. Too bad he didn’t have his April Fool’s Day tax cut of $1.85 per day it would have only cost him $0.06 for every day he purchased a pack for the little guy, but I digress. I mused on, “These cards were collector’s cards and were bought as an investment, a risk was taken whether they would go up in value or not. Besides a lot of them were in little plastic holders, that’s got to count for something.”

Luke was planning on making a killing on eBay with his Yugioh cards and when I told him that his income would be taxed and had to be shared with unfortunate or less ambitious children he was seriously disillusioned. I realized that I had overlooked some very important points at the time.  Things that seem more real to me as I see the government fueling up for flyovers where money is set to be air dropped from the sky like confetti off a float on Mardi Gras. Luke and I just had to be a part of that. We had to come up with a plan, put our heads together and in the process he could be taught another lesson, one that would serve him well in the present tenor of the nation we live in.

I went through the list in my head. Now let me see, “…these cards were bought at an inflated price, Check! They were an investment that was purchased at a risk, Double check! Thanks to this economy they are rapidly depleting in value, Check, Check, Check!” Luckily, they are worth a whole lot less than they were when we bought them. What could be better? It was as if an eco-friendly light bulb went off in my head, “Hallelujah! Luke is eligible for a bailout.” He could get in line with the rest of America hat in hand with his poignant story of loss. He could explain how his investment cost his Pop money and wasn’t worth what it was or certainly what it should be.

Luke could rally with the “unfairness” crowd and advocate to get his own “piece of the pie”. He could demand that the government do something to make him feel better about his situation. Why should he suffer because of circumstances out of his control? Why should he have to hold onto something he wants to sell now until the Yugioh card market gets better? Isn’t what he wants all that matters, even if the cost is diverted to some poor schlub? Isn’t instant gratification and lack of self control what it’s all about? You go Luke!

This was going to work I could feel it. At least Luke didn’t have to feel so bad anymore, me either because by encouraging my young Grandson to get what was rightfully due him I was at least making a valuable contribution to the aggressive agenda of Obamerica. I was fusing with the rest of the group of Americans who have gone mad by making sure that what was once a great nation is rapidly being transformed into a collective of bloodsucking leeching losers where “fairness” reigns supreme, government is God and “failure” becomes the foundation of our future. Wow, I’m beginning to feel better already.