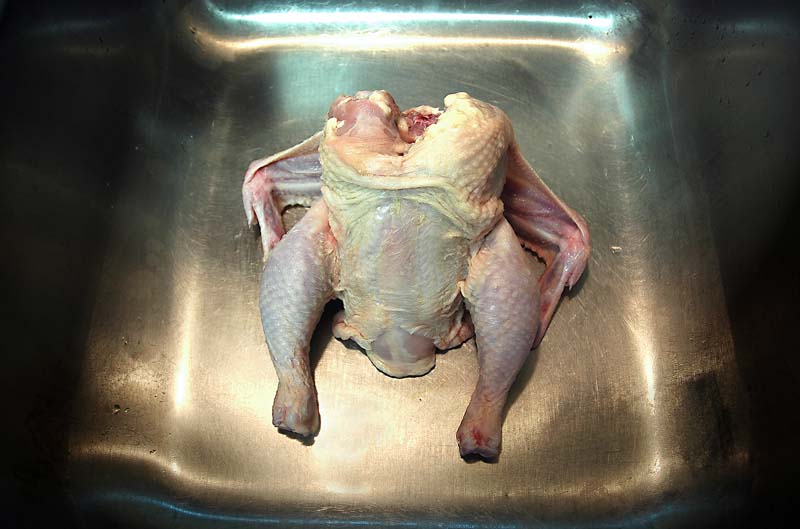 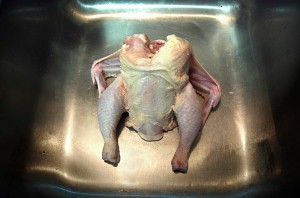 Has anyone noticed that dancing with Barack Obama is becoming more and more impossible?He gets us going with a waltz and then mid-dance switches to the Macarena.We slowly start to get the gist of the Macarena and we turn around and he is doing the Funky Chicken.Even those who wanted to dance with him are stomping off the dance floor.

It’s beginning to look like the President’s message changes as many times in one day as he turns his head from left-to-right when reading from his teleprompter.He is a master of the moistened finger-in-the-wind governing statement, poll number pronouncement and a seasoned prevaricator for political paparazzi posturing.

Way back in October of 2008, during the campaign, candidate John McCain expressed his opinion that the fundamentals of our economy were strong, “Our economy, I think, is still — the fundamentals of our economy are strong, but these are very, very difficult times.”He was expressing a truism.The foundation, the base upon which our economy is built is sound.Though presently out at sea, in a crashing storm, the ship we’re in can stand the stress of the wind and rain and one day we’ll come safely to port, unscathed and ready to sail again

John McCain said this when our unemployment rate was about 6% and the Dow was above 10,000.He acknowledged that his, “…opponents may disagree, but those fundamentals—the American worker and their innovation, their entrepreneurship, the small business, those are the fundamentals of America, and I think they’re strong.” John McCain was underscoring the capitalistic, free market mentality, which made this country great

Obama portrayed McCain as a Sedona-living, out-of touch, high- brow politician with eight houses and a chichi wife.Failing to explain that Cindy’s family money was obtained through hard work, a small business, entrepreneurship and utilization of the foundational American economic strength’s McCain had openly commended.As a result, McCain was mocked, derided and snickered at by Barack Obama himself.

To bolster their candidate  the Blue Danube media started playing and Barack began waltzing.The word waltz comes from a German word “walzen” which means: “to turn”,and that was exactly what Obama needed to do to the American publicin order to win the election.He couldn’t agree with John McCain that the “fundamentals” of the economy were strong.So he put on his goggles and hardhat and with passion took a jackhammer to the economy, working hard to weaken what John McCain had paid tribute to.

Obama needed to purposely undermine what McCain lauded, “…I do fault the economic philosophy he subscribes to. It’s the same philosophy we’ve had for the last eight years – one that says we should give more and more to those with the most and hope that prosperity trickles down to everyone.” Time to “walzen” and incorporate that “Left” box step turn and hopefully “chasse” the truth away! Excuse me  Mr. Obama, do you mean the philosophy that kept the Dow Jones Industrial in the five figure territory for six out of those eight years?  Is that the fiscal ideology you think is a problem?

We let him lead and the promenade commenced, whisking 52% of the electorate toward the voting booth to pull that lever with dance steps that tread heavily upon our fiscal stability.All the while, reinforcing to America that we were in the “…worse crisis since the depression.”

For the last four months the pounding has continued as the President used the “crisis” as a vehicle to usher in the largest expansion of government authority in the history of our republic.Every time the vehicle stalled by improving a tad, the President gassed it up, pulled out the teleprompter and with his verbal jackhammer drove his discouraging message home again causing the markets to deteriorate.If Obama wants to make a habit out of pilfering quotes originally uttered by the Republican’s and then mocked by the Democrats, in this case, “Mission accomplished” is more apropos.

In a waltz, there is a delicate balance to ensure that the “twinkle” isn’t botched.The goal for Obama…lead, in ¾ time, so the nation follows all the way to the end of the dance in a fancy foot-work effort to move us toward massive spending, stimulus and ultimately a European-style socialistic democracy. The result, an economy in an uncontrollable spin and showing the stress of hastily picking the wrong partner.

Obama decided he better change the beat and switched mid-dance to the Macarena, warming up Los Del Rio on his boom box. He disregarded the fact that 100% of the population had heard his response to what McCain expressed this past fall and segwayed sharply into positivity. Now with the market at 7,224, and unemployment at 8.1%, Barry has decided its good policy to mimic the exact words, which he brazenly mocked when the economy was in a much healthier state.

Obama’s economic adviser Christina Romer enthusiastically shared that, “The fundamentals are sound in the sense that the American workers are sound.”Clap, jump and turn.I’m sure you mean only if they are in a labor union.She said, “We have good capital stock.” I bet only stock, which is separated into “classes”, common and preferred.Put your right hand on your shoulder and then lift your hands behind your head. “We have good technology.” Stringent regulation would solve that problem. “We know that—that temporarily we’re in a mess right? “ Clap and turn. “We’ve seen huge job loss.”Thankfully, this should assist us in expanding welfare, thus our voter base. Oh yeah, “…we’ve seen very large falls in GDP.” The standard of living for American’s is down, making the ground fertile to sow the seeds of socialism.“So certainly in the short run we’re in a bad situation.” Eeeh, macarena!

Translation in Obama speak; “Everything is fundamentally sound…we’re really in a bad situation.” If you’re confused, here’s an explanation and it goes like this, “Just a week ago, White House Office of Management of Budget director Peter Orszag declared that ‘fundamentally, the economy is weak.’Days later, Obama told reporters he was confident in the economy.”In other words, it’s a “sound mess”?

It’s bad…we Waltz.It’s good, we Macarena, its sound but it’s a mess…time to dance to policies that are similar to the Funky Chicken. Stand with your feet slightly apart.Tuck both of your hands under the armpits making human wings. Start flapping them up and down in time to the beat. Practice for ten minutes…until the next news cycle when Obama changes the dance to the Peabody.