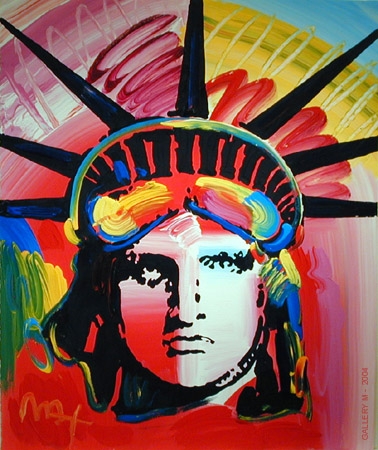 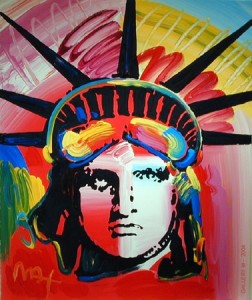 President Obama former pessimist, recently converted optimist found a way to have it both ways exuding pessimism and optimism at the same time by exercising a hearty dose of misappropriated “gallows humor” in the midst of national hardship. Gallows humor mocks life-threatening, catastrophic, horrifying situations. Steve Kroft’s, 60 Minutes interview illustrated to anyone with “eyes to see and ears to hear”, that the President is truly what I refer to as a dichotomous bi-sim simultaneously projecting both optimism and pessimism. His laughing referral to “gallows humor” made it possible to project to those who require buoyancy, the lighthearted attitude they demand. For Americans who see the situation we’re in as dire, he injected an ample dose of cataclysmic negativity.

He’s had a lot of practice. Two weeks ago Obama was humorless about our economy. When the polls demanded some Reaganesque hopefulness, schizophrenia reigned supreme. Barry was able to furnish a cleverly honed message that could align sycinctly with particularized feelings about the present state of affairs, whatever they might be. He exhibited master communicating at its finest. He pretty much said, “We’re in a terrifying economic situation that may provide a death knell to our nation.” However, I’m here in prime time relaying to the citizenry with total sanguinity to, “Lighten up peons, things are progressing perfectly according to schedule.”

The truth is Barry isn’t upset about the sense of trepidation, which has befallen our nation. He loves it! Our dismay is entertaining to him because, in fact he is the merry executioner. He is the one who is standing on the scaffold waiting for his victim. He rubs his hands together in gory anticipation of ending a system he despises. He is ram-rod straight, immovable, arrogant and keyed-up to use his trusty axe of socialism, which is slung openly over his shoulder. Smirking, he thinks we don’t recognize him behind that mask waiting for Liberty to ascend the scaffold. He is up there eagerly rearranging the hay, positioning the chopping block, all with a big, toothy grin. His “gallows humor” throws us off a bit. He reverts to telling jokes to loosen up a rowdy throng he has worked very hard to rile up.

Every time the crowd seems anxious or impatient he does a few jester-like tricks. The mob responds shaking their heads in support. He revels as they elbow each other in approval. Tossing some coins into the crowd, the horde grapples for them and then blow kisses to the smiling executioner in grateful thanksgiving. He reminds them, ” She is being put to death because she never provided you with the many things I promise you!” The roar of the multitude is a peculiar combination of perplexity, adulation and utmost antagonism toward a Lady whose life will be terminated by the charismatic executioner.

He looks over his shoulder as he sees Liberty being trampled by the enraged mob as she is being ushered from the tower he imprisoned her in since Election Day. They shake clenched fists at her and spit upon her red, white and blue garments ripping at the stars and stripes as she slowly works her way through the crush. The executioner smiles at their reaction. It is obvious to those disapproving observers on the outskirts who weep and try to press in to save her that those that call for her death are caught up in a frenzy of hysteria that they themselves do not fully understand but one day will be victimized by.

As Lady Liberty approaches the scaffold it is obvious to her that its platform is raised high above soil soaked with the sacrifice of patriots. In the distance she can see that those who constructed the platform did so with the tools of falsehood and did it slowly and carefully as to ensure its stability for this day of reckoning. Each step closer strengthens her dignity as she is a reflection of Life, Liberty and the Pursuit of Happiness, which cannot fade, falter or fail. Depending fully on God for strength the Grand Lady resigns herself, recollecting the cry of her heart, “Give me Liberty or give me death!”

Nearing the gibbet Lady Liberty looks up squinting in the noon day sun at the executioner beckoning her to the gallows. Squinting she recognizes his stance and the contemptuous glint of his smile. Terror grips her heart realizing that he should be her defense. Instead, the people’s choice sealed her downfall and unbeknownst to them now, eventually their own.

Arriving high above the crowd her hands tied behind her back and her regal garments, torn and tattered from being ripped apart by values that are foreign to her, she looks for the clergy to bless her as she surrenders to her death. Comfort is nowhere to be found. The executioner flippant with the crowd, juggling and jesting to keep them distracted from who is really about to be exterminated,  tells her, “Foolish, woman.  This isn’t about God…Don’t you know this is about the separateness and sovereignty of  the state?”

Smiling a sadistic grin, the executioner motions the Lady forward with raised index finger toward the wooden wedge. Showing her where to place her neck, he instructs her to kneel. Glancing back at the crowd, he winks. The Lady tells the executioner the spirit of Liberty and Freedom will never kneel in submission to bondage. Coolly, he reminds Lady Liberty this ritual includes the paying of the bearer of the axe. His open hand is met with the approving howl of the crowd. The Lady, having paid sufficiently in blood and treasure, offers him neither compensation nor forgiveness for his crime.

The Greatest of Lady’s stoops humbly to place her head on the chopping block but only out of respect for the democratic cry of her people. The mocking executioner once again stops to interject the situation with some graceless “gallows humor.” He makes light of the fact that his lifelong dream of putting to death the greatest source of freedom, security, prosperity, life and morality is finally coming to fruition. As he raises his axe high above his head, there is a window of opportunity for the assembly to resist his plan by freeing Lady Liberty from this fate.  Putting to death, in her stead, the executioner’s socialist schema–exercising, as a  free people, some long past due “gallows humor” of our own.