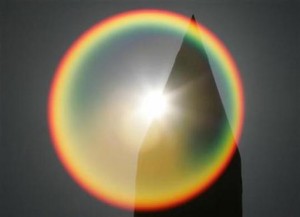 I long for the 1980’s when a rugged, rough and tough cowboy was in charge. Now we live in a new age of appeasement where an angry, disdainful, flippant, egotistical President is extending the hand of peace to world dictators, blaming America for being everything he is, which is  “…derisive, dismissive and arrogant.”

I remember in the mid-eighties I took my two children roller skating. On a Monday evening in April, my ten-year old son and eight-year old daughter were lacing up their roller skates, while the four-manual Wurlitzer console piped organ was pumping out “Manic Monday” by the Bangles. Simultaneously, Ronald Reagan was in the process of negotiating with the Libyans, with 66 American jets. The subject of the discussion… he wasn’t going to tolerate any level of threat to Americans saying, “When our citizens are attacked or abused anywhere in the world on the direct orders of hostile regimes, we will respond so long as I’m in this office.”

At that time, the Libyans were becoming more of a terrorist threat to the world. They had claimed responsibility for the bombing of a West Berlin disco, killing over 100 people, 40 of whom were American citizens. Ten days later, fighter pilots dropped bombs on Tripoli targeting Kaddafi’s family and killing his 15-month old daughter, Hanna. Reagan went right for Kaddafi’s heart and drove a stake right through it, which is the way you deal with terrorist vampires.

Reagan made sure, before our jets left Libya that the condition of Kaddafi’s coordinated terrorism efforts were in the same state as his compound, severely damaged. One year later, even the New York Times reported that Kaddafi had a reduced profile in terrorism. Brian Jenkins, terrorism expert said, ”The bombing did do one thing – it changed the equation… there is a cost to be paid if one gets caught blatantly sponsoring terrorist actions, and that cost can include military action.”

Fast forward 23 years and on  April 5th North Korea initiates act an of blatant terrorist-type taunting by testing their missile delivery system for a nuclear weapon with a three-stage rocket launch over Japan. What did our new President do in response to Kim Jong- Il’s defiant exhibit of non-compliance to the world community? Well…have you ever been to a playground and watched uncomfortably as a 3 year- old throws sand in the other children’s eyes, while the tot’s mother sits on the side lines saying things like, “Johnny, stop it or you’re really gonna get it?” Johnny, terrorizing the entire sandbox, looks up at his mother, grabs another handful of sand and chucks it into his playmate’s eyes, mouths and hair. Johnny’s mother rises about a half an inch off the park bench, finger pointing at the pint-sized horror saying, “Johnny, I really mean it, if you don’t cut it out, I’m coming over there!” Little Junior insolently glares back at his mother and starts to kick sand all over the place with a huge, evil grin on his face, “I’m not kidding Johnny. OK no ice cream for you!” Every person on the playground stares, mouths agape at this absurd interaction, wondering why this beaten down woman doesn’t grab the rebellious monster and follow through on all her hollow threats.  Leaving the park, Mommy has ice cream eating Johnny in tow.

That is what we all witnessed when Kim Jong-Il disregarded the threat of consequences emphatically proclaimed by Mr. “Tough” Dad, Barack Obama and “You’re going to get a time-out,” Mom Hillary Clinton, Secretary of State . Hillary stated that, “This provocative action in violation of the United Nations mandate will not go unnoticed and there will be consequences.” Translation: “Kimmy,  I’m watching you. If you pick up that sand, after I told you not to, you’re really going to  get it” Kimmy throws the sand and Mama Hillary does nothing. An entire sandbox full of children are blinded and spitting sand, while the Administration sits back,  in feigned, “…do you believe this kid” frustration, yelling from the park bench offering false, vacant threats. Papa Obama responds by saying, “North Korea broke the rules [duh!]… this provocation underscores the need for action…Kim Jong honey, do you want a cone or a cup?”

On April 15th, on the anniversary of the Libyan strike, if  President Reagan was here  just as he was 23 years ago, he would not be offering prior warning, participating in discussion, apologizing for America’s past injustices or hoping that an insane, rouge dictator would soften up and change his mind. Next Wednesday, if Ronald “Cowboy” Reagan was in the White House, Kim Jong-Il would receive a real spanking in front of all the kids on the playground and would find out the repercussions of disregarding his warnings by threatening our nation and it’s allies.

Reagan would neutralize Kim Jong-Il, as both a threat and a problem, and the rest of the world would have a very vivid, firm example to refer to when contemplating throwing sand in our direction. Instead, the rest of the hostile world is standing back watching and thinking, “Hmmmmm, if  he can get away with that maybe we can too” and before you know it we’re lost in a raging sandstorm.

Newt Gingrich said matter-of-factly, in classic Reaganesque style, that he would have “disabled” the missile. “One morning, just like 9/11, there’s going to be a disaster.” No Newt, not if Obama has anything to say about it, he’s planning to offer North Korea both Alaska and Hawaii if they promise to behave and never to do that again.

Barack Obama has decided on a “We are the World” strategy to disarm the globe of nuclear weapons, while Kim Jong is climbing the missile tower to personally sign, pat and kiss the side of the missile. “President Barack Obama set out his vision for ridding the world of nuclear arms on Sunday, declaring the United States ready to lead steps by all states with atomic weapons to reduce their arsenals .” Obama emptied his hands of sand just hours prior to the North Koreans picking up a big handful and throwing it right in his face. I guess Barry thought we were going to tell little Jongy to play nice and he was going to say, “Oh, alright I will.“

Obama thinks he can load up his teleprompter with niceties and dis-charm his enemies with platitudes and a Colgate smile. His weapon of choice are caring words, welcoming vibes and assigning blame to our nation every time he steps out on the world stage. Obama falsely believes that if he joins the fraternity and agrees with Kim Jong-Il, Mahmoud Ahmadinejad, Fidel Castro and Hugo Chavez’s opinion of America, he will somehow make them lay down their weapons and animosities toward us. He refuses to acknowledge that he too will be culpable in helping to fuel their hatred and desire to see us annihilated and destroyed.  Our own President’s words will be their justification if they succeed.

Naïve, dangerous, inexperienced, idealistic and untested at best! Obama thinks taking the sandbox out of the park is the answer. What he has overlooked, however, is that out-of-control bully Johnny has his pockets filled with gravel and rest assured, little children, he and his gang will be returning to the park to “play.”  When Johnny and his posse come back to take us on, we’re going to find ourselves empty handed and unable to defend our nation against the world’s most brutal dictators and tyrants.

President Reagan, I wish we could send Barack Obama back to Chicago and you were here to protect us from these bullies!