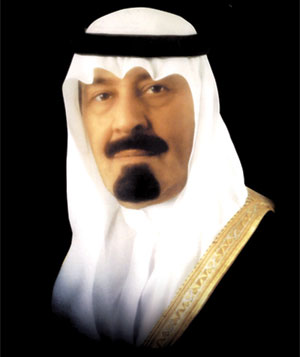 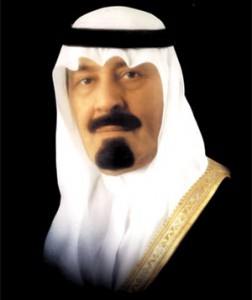 John Locke said, “I have always thought the actions of men the best interpreters of their thoughts.” How much more revealing were Barack Obama’s actions this past week than any of the vacuous words he has spoken throughout his short and suspect career? With one bow from the waist he exposed himself and what he believes without uttering a word. The non-verbal message to the world: our nation is deferential in the face of repressive regime, substandard economies and oppressive dictators.

Barry Soetero, aka, Barack Hussien Obama, says he wants to work toward “lifting people” through the implementation of fair social policy. For a man who is supposed to be a symbol of the historic progress our nation has made, to subserviently bow to King Abdullah of Saudi Arabia, revealed in less than two seconds what a duplicitous fraud he really is.

In the past, Obama, who is supposed to represent the most powerful nation in the world, has said that he supports plans and initiatives that work toward “lifting people out of the legacy of slavery.” He follows up this statement by taking a subservient posture before the king of a nation whose history includes some of the most abysmal slave-like human rights violations on the planet.

Bowing to the Saudi King is just more of the same pattern we’ve been witnessing all along, which is a deferment of American values to a lesser standard. Only a man void of core values would exhibit indignation toward the prejudice of American slavery in order to advance his own political expediency, and then respectfully bow to the Saudi King, projecting a form of non-verbal approbation to policies we regret in our own history.

Has Barry Soetero forgotten that vicious physical abuse, psychological cruelty and endless hours of hard labor that drove African-American slaves to risk their lives to escape life on the plantation? Hey Barry, do you remember that Negro slaves were considered possessions and were subject to the imprisonment and punishment meted out by their masters? They were “…punished at the discretion of their lord or even put to death by his authority.” While Obama was prostrating himself before Abdullah, foreign workers, under Saudi Wahhabi law, were simultaneously facing similar abusive conditions as oppressed, black slaves endured in America.

Today, in Saudi Arabia, foreign recruits, mostly poor, destitute Asians or Africans, make up what has been estimated to be more than 85% of the Saudi work force and live and work without rights or recognition under stringent Saudi-Wahhabi religious laws and practices. “Saudi Arabia abolished slavery in 1962, but it treats domestic servants in much the same way fugitive-slave laws treated blacks in pre-Civil War America.” Why didn’t the President ask why Abdullah doesn’t “share the wealth” with helpless indigents? Like chattel, foreign workers are denied rest and food, toil for long hours and many times are not paid for their work for years at a time. They fundamentally become the hostages of their Saudi sponsors, while Obama is busy complying to their King like a fawning, drooling sycophant.

“When de niggers go round singin’ ‘Steal Away to Jesus,’ dat mean dere gwine be a ’ligious meetin’ dat night. De masters … didn’t like dem ’ligious meetin’s so us natcherly slips off at night,” these are the words of slave Wash Wilson explaining that slaves were unfairly forced to hide their religion from their masters. I guess Obama’s humble deference is a statement to the people of the world that our nation isn’t bothered that religious minorities in Saudi Arabia, to this day, face cruel discrimination and are prohibited from practicing their faith, “De masters … don’t like dem ’ligious meetin’s.”

Obama, champion of women’s rights, obeisant display toward King Abdullah adds a suspect component of to the belief that he would have disagreed with the policy of colonial statutory rape laws applying to American Indian and African slave women. These laws forbid American Indians, Blacks and their female offspring from defending themselves against rape and sexual abuse by Whites. If a slave defended herself against a sexual attack she could be beaten by either the master or the mistress. In much the same way, Saudi women have no legal clout when it comes to sexual abuse in a court of law. It is impossible for them to obtain justice because female testimony is equal to one half of a male’s and many women are punished after being raped.

Happily though, we know for sure that if a pregnancy results from the rape, Saudis and slaves alike have a friend in Barry, he will gladly finance a federally-funded abortion.

Great American hero Rosa Parks said “No!’ to discrimination and on December 1, 1955 changed the course of civil rights in America when she refused to give up her seat on a bus to a White man. She said, “Our mistreatment was just not right, and I was tired or it.” Obama’s humble acquiescence to King Abdullah could easily be interpreted by any thinking person, as a physical endorsement that Rosa should have just submitted and relinquished her seat!

When speaking about Rosa Parks in a Senate floor speech he said, “Her life, and her brave actions, reminded each and every one of us of us of our personal responsibilities to stand up for what is right.” Were you reminded Mr. President or were those empty words on a teleprompter? These comments are the type of soaring rhetorical hogwash that has catapulted Obama to the heights of political grandeur. However, just as John Locke said, Barack Obama’s actions are better indicators of what he thinks than what he says.

The same person that spoke of Rosa Park’s bravery also genuflected adoringly before the King of a country whose women are forced to ride in the back of public buses even if they are empty. Saudi women cannot vote, are forced to endure rape, forbidden from studying certain subjects, cannot play sports, aren’t allowed to drive and have male guardians grant them permission for everything short of breathing.

I wonder whether the U.S. President would offer such high esteem to Abdullah if, while visiting the palace, he was told that he couldn’t drink out of the water glasses or use the palace rest room. If Obama had been Jim Crowed in the same way women are in Saudi cafés, preventing them from sitting in “men only” sections, it may have altered his approach to the King.

The royal family of Saudi Arabia, with King Abdullah at its head, are Sunni and adhere to conservative Wahhabism, who’s foundation of oppressive edicts against women, religious minorities and foreign workers, justifies its rule. Immediately following his election in November Ayman al-Zawahiri referred to Obama as the “house Negro” relegating the President to a “boy” at the service of White masters and telling him that he belongs with Rosa Parks and those Saudi women in the back of the bus. Obama bowing in respect to the head of a ruling dynasty, which allies itself with comparable Wahhabi extremists, for all intents and purposes was symbolically agreeing with al-Zawahiri.

Less than twenty-four hours, after submissively stooping to the Saudi King, the President proclaimed to the larger Muslim world that, “One of the great strengths of the United States is that — we do not consider ourselves a Christian nation or a Jewish nation or a Muslim nation. We consider ourselves a nation of citizens who are bound by ideals and a set of values.” Barack Hussien was making a toadying attempt to placate the undeniable impact of Judeo-Christian values in American society. Obama missed the mark by failing to mention that the values he was casting aside were chiefly responsible for providing his people the opportunity to aspire to the Presidency of a nation that once unjustly oppressed them.

Al Qaeda leader Ayman al-Zawahiri accused the American President of abandoning his Muslim faith by saying, “You were born to a Muslim father but chose to stand in the ranks of the enemies of the Muslims…in order to climb the rungs of leadership in America.” Quite the opposite, Obama is attempting to ingratiate himself to the Muslim world at the expense of the Judeo-Christian values that brought this nation from the oppression of slavery and catapulted a bi-racial man into the White House.

Obama’s promises to “not only offer words, but deeds” for minorities in this country, ring hollow.  Regardless of what he says, he offered approval to slavish subjugation for Saudi women, religious minorities and foreign workers, by stooping in submission before a Wahhabi-Muslim king that endorses tyrannical discrimination.

By bowing to the monarch, our President uncovered to the world what is in his heart. Shockingly, he portrayed his opinion of our nation, to a largely hostile world, as being acquiescent to an Islamic despot, a harsh religion and indifferent to policies that he, as a Black, has stridently opposed as unjust. In doing so, an American President has managed, with a curtsy, to demean the stature and strength of our nation to the detriment of our standing in the world.

Some would argue that Obama’s bow is protocol. However, since January 20th Obama has been bowing and subjugating everything from our economy to socialistic European nations, national security to the United Nations, even our Judeo-Christian foundation to a secular progressive ideology. Obama is in the process of subjugating everything our great nation stands for, proclaiming to the world that the United States of America’s economy, security, religious beliefs and direction is less valuable as compared to the larger world community, making us appear weak and unsure of ourselves.