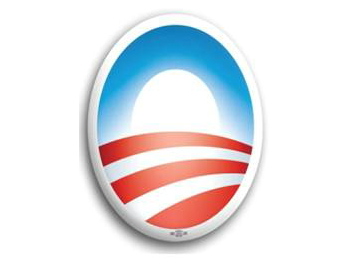 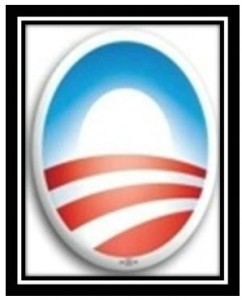 WASHINGTON, DC  April 12, 2009. The White House Easter Egg Hunt is an annual family event for kids of all ages to hunt and race for Easter Eggs on the White House Lawn while enjoying a morning of storytelling and a visit with prominent Washington celebrities as well as the Easter Bunny.

There were exciting changes at the White House Egg  Hunt this year. Firstly, the White House changed the name to the Obama Egg Roll in honor of all Asian Americans.  They also requested  Jesus not be mentioned during the festivities and that all photos, crosses in the form of jewelry and religious icons be removed or covered up before entering the event.

One big change was that the eggs were no longer  painted in their usual pastel, spring colors but instead the Obama seal was the official  egg design. The “race” portion of the event was eliminated to prevent the losers from feeling bad. The “hunt” portion  remained, however, no reward was granted to the winners.

An official bunny rabbit attended; along with Planned Parenthood representatives who were there to make sure the children were safe and to hand out free Obama condoms to the little ones. They also came fully prepared to assist if the bunny should happen to die.

Each year there is egg coloring, art activities, face painting, music, magicians, and other activities. This year rap singer will.i.am, composer of the Yes We Can Obama Song taught the children to sing the lyrics, while marching in quick march time.

The featured guest in the reading corner was renowned educator Bill Ayers. Books that he read from included, The Harvey Milk Story, by Kari Krakow and ¡Si, Se Puede! / Yes, We Can!: Janitor Strike in L.A. by Diana Cohn and Tales for Little Rebels: A Collection of Radical Children’s Literature by Julia Mickenberg.

Other highlights included Barney Frank pinning bunny tails on all the little boys and Nancy Pelosi taking part in the old sack races. Reverend Wright monitored the gate to make sure that Jewish children didn’t sneak through, while Bill Clinton chased around the little chickadees.

First Lady Michelle Obama, adorned in a lavender bonnet designed by an haute couture milliner from Washington, D.C., tossed cake to the children from the White House balcony.

Upon arrival to the event each child was given a festive, colorful basket filled to the brim with candy and prizes.

They were told they would have to be patient and wait until they got home to see what is inside. Before leaving the premises the children were forced to give over their baskets to kids who hadn’t even attended the function. Many children left crying but were consoled  by Father Phleger who blessed them and applauded their sharing socialistic spirit.

The highlight of the day was a special appearance by the President, complete with pyrotechnics; he rose from a smoke filled stage and disappeared above the White House, while Nigel Kennedy, accompanied by the United States Marine Band, played  Vivaldi’s,  Spring from the Four Seasons.

A secular progressive time was had by all and all references to Christ, His death and resurrection were completely forbidden to be mentioned under penalty of incarceration in the soon to be vacated Guantanamo Bay prison!