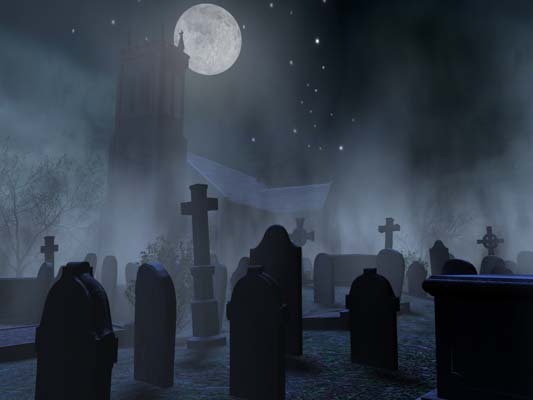 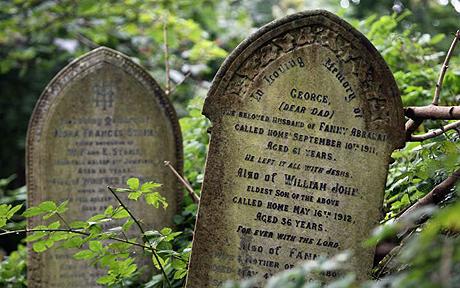 There are many examples of government inefficiency that can be linked directly to health care and how it will be administrated.

Glowing examples of government inefficiency include the habit of sending checks to dead tax payers. It seems that the Internal Revenue Service, one of government’s shining stars, hunts down money from living, breathing human beings and sends the proceeds to the deceased, which is one of many examples of bureaucratic competence, accuracy and dedication to high standards. The money to the dead issue should be cause for concern, especially if government plans to run health care. A problem arises when the dead are mistaken for the living, because there is a good chance, with government in charge, the living will be mistaken for the dead.

Take for example the case of Rose Hagner. Mrs. Hagner has been room temperature for 40 years. Yes, Rose went home to be with the Lord on Memorial Day 1967. The IRS is closed on Memorial Day, which might explain why, after four decades, bureaucratic drones were still unaware Rose was dearly departed for nearly half a century.  As a result of IRS being closed on the late Mrs. Hagner’s deathday Rosie received a long overdue check for $250.00.

James Hagner, Rose’s 83-year old son, after receiving the money, said he’d like to frame the check and hang it on the wall. “I just want to keep it as a souvenir, that’s all. I’ll never cash it.” Word to the wise: “Hand it over Jimmy Boy, that check is a recyclable  ‘piece of the pie’.”

According to Social Security representatives, of the 52 million stimulus checks sent out, 10,000 have been sent to dead people. The math goes like this: for 13 paid government holidays, at 770 dead people per holiday, at $250.00 a check, the tab comes to $2,500,000.00. Two million dollars is chump change that wouldn’t have even paid for the appetizers at Obama’s inauguration party.

Now for those eager to hand over the controls of exploratory surgery to the government, an official explanation for the Rose Hagner mistake may make future patients feel more relaxed.  Apparently, the error is because of efficiency deadlines, which affect accuracy. Efficiency affects accuracy?

According to representatives, “…strict mid-June deadline of mailing out all of the checks, didn’t leave officials much time to clean up all of their records.” For forty years? That is a heck of a lot of break time even for perpetually-on-a-break civil servants. Health care proponents better hope that the  rationing of operating rooms doesn’t force surgeons, due to time constraints, to skip painting chests with Betadine® solution before cracking sternums for open heart surgery.

To be honest, the Internal Revenue’s explanation brings little comfort to the wary. Apparently, this isn’t the first time checks have been sent to the dead, which means government has never had the time to clean up records.

In December of 2008, the U.S. Treasury also issued economic stimulus checks to dead people. In fact, the checks actually had the words “deceased” printed on the front next to the name. “The first line of the check listed “Donabea M. Baker Dec’d, ‘Dec’d’, as in deceased.”

The only explanation is that the government must have had a money saving plan for issuing checks to the dead, or a plan that benefited  some stimulative economic initiative. The trustee of Donabea’s estate, whose name was also on the front of the check, said, “I don’t know what they [were] thinking?,” which may be a similar question to the one  America will be asking a few years into government-run nationalized health care.

In 2008, when Congress passed the $168 billion economic stimulus package, the goal was to stimulate the economy. If a person passed away after filing a 2007 tax return, the IRS still sent the deceased a stimulus check. I guess the government has faith in money’s ability to rouse that which is believed to have no hope of resurrection.

IRS spokesman Mike the-genius Dobzinski was jokingly prodded by an observer questioning the dead check error by asking: “But those dead taxpayers couldn’t stimulate the economy, could they?” Dobzinski’s response: “That’s not our decision to make!” Huh?

Can anyone say hysterectomy, prostatectomy, or emergency by-pass?”

Even Paul Caron, esteemed professor at the University of Cincinnati College Of Law was perplexed when he received a $600.00 stimulus check for his late father. Scratching his head, the guy with all the answers had to ask, “What is the purpose [of] making stimulus payments to dead people?” Professor Paul, haven’t you heard? Obama planned on “breathing new life into the economy,” and then “resting on the seventh day.”

According to Mr. Spokesperson-for-the-IRS Dobzinski, the IRS doesn’t keep data records on how many dead people get paid.  However, they do know how many checks are sent and how many people who file taxes die in any given year, after which they lose track.  I bet groggy Americans awakening from anesthesia can’t wait to hear the words,  “I know I saw the scalpel before sewing the guy up.”

So apparently statistical experts don’t know how many checks with “deceased” printed on them go out every year to people who are “deceased?”  The reason could be because EEOC compels them to hire visually impaired operators to run printing presses in the Federal Reserve.

Think about it, these are the people who will be saying, “Slide down to the end of the table, this won’t hurt a bit!”

Any clear thinking logical person would have to connect the dots and say, “Maybe these aren’t the individuals I want deciding who lives and who dies.”

Yet Obama cheerleaders still herald the arrival of  Obama Health Care. The false promise of rolling away the stone  from the grave of high costs, greedy insurance companies, overpaid doctors and pharmaceutical companies, even has deaf-mutes enthusiastically signing, “Yes, we can!” Need we be reminded that Obama’s $800 billion dollar stimulus package also held the promise of resurrecting a dead economy and America at an 10.1% unemployment rate knows how that turned out?

Unfortunately, in the case of health care, while dead people won’t get checks…there is a good chance live people, being cared for by Dr. Dobzinski types, will be forced to check out.

For those who trust the government with their health care decisions rationalizing sending checks to dead people is not a big deal. Out of 52 million checks issued, only 10,000 dead people got a check, which is only 0.02%. However, 0.02% of 303,824,640 living, breathing American human beings calculates to be potentially 60,000 life and death errors that cannot be undone, sent back or framed and hung on the wall as a souvenir.

Live people becoming dead at the hands of incompetent government policies, procedures and workers is a reality that cannot be overlooked when considering obvious and unrelenting inefficiencies, errors, mediocrity and substandard government service.

Regardless, government officials will vigorously enforce the law regardless, and if Obama Health Care is responsible for killing Granny, an efficient government official will be on hand to remind survivors that it’s still a misdemeanor to bury Grandma’s body in the yard!