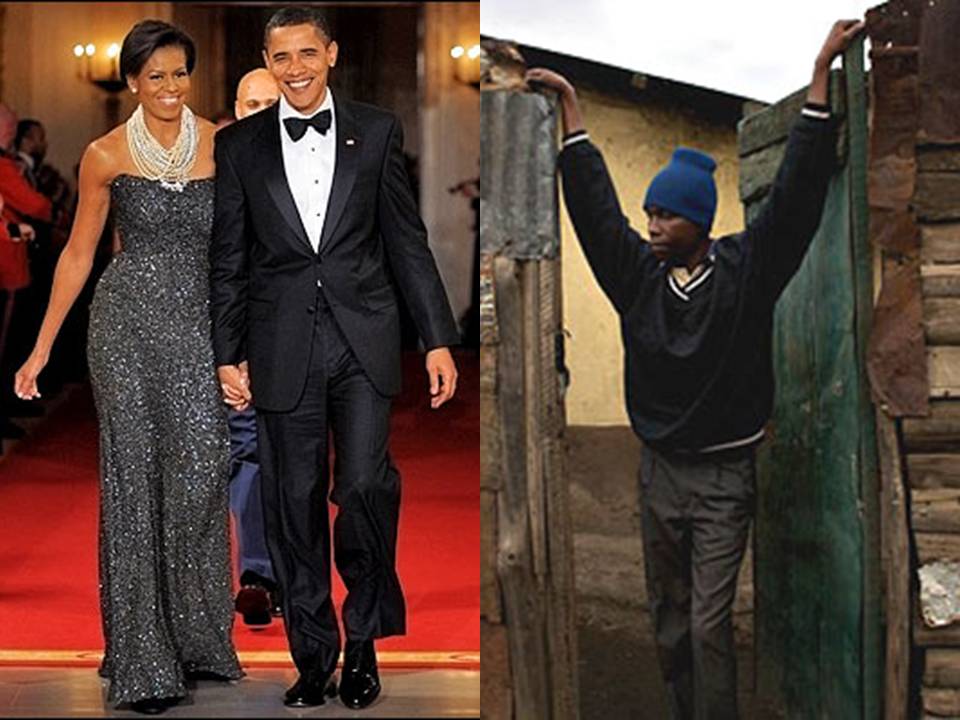 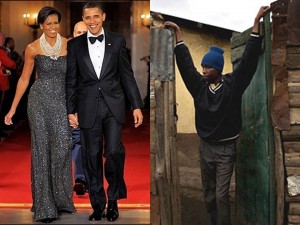 Setting an example is not the main means of influencing another, it is the only means.  True leadership is measured by the ability to set an example and have your words always match your actions.  A true leader guides, takes a front position, and slices through the brush making way toward the clearing for those who follow.

A poor leader puts their own comfort, needs, and wishes above those they lead.  Poor leaders infringe upon the expectations of those who believed their pledge.  A flawed chief violates the Golden Rule of doing unto others as he or she would want done unto them.  When challenged or confronted, rather than accepting responsibility, they act gutless and blame underlings.  They shift responsibility away from themselves, shielding self from appearing to be a failure in word, deed, or opinion.  A defective leader speaks symbolically but lacks substance.

The present leader of the free world has expressed the opinion, when referring to the Mideast peace process that, “…rather than imposing its values on other countries [which is a curious statement in itself], the US should act as a role model.”  He then issued an edict that “Ultimately, it’s going to be action and not words that determine the progress from here on out.”  This is wise, insightful advice if you want to inspire as long as you are exemplifying what you are asking others to do.  Obama’s proclamation invited the world to monitor his actions as representative of the most powerful nation in the world. Obama’s premise that Middle East peace should hinge on watching actions over words will find itself in a dichotomy if he is the source of the focus.  Obama has inspired many people with patronizing words and aspirations but, thus far, his actions have not lived up to his own standards.

During the campaign, at Saddleback Church, Obama shared that he is his brother’s keeper a perfect pre-requisite to world peace.  His message to the world was the wealthy and powerful should spend more time thinking about the least of these,

America’s greatest moral failure in my lifetime has been that we … don’t abide by … ‘whatever you do for the least of my brothers, you do for me.’ that notion applies to poverty…racism and sexism… I think, that this country, as wealthy and powerful as we are, still don’t spend enough time thinking about the least of these.

These are lovely, touching sentiments, yet “example to the world” Barack Obama has blood relatives living in abject poverty while, he partakes of $24,000.00 dates.  Obama’s half-brother, George Hussein Onyango Obama said, “I live here on less than a dollar a month,” which works out to a big three cents a day.   Obama’s “fulfilling a campaign pledge to Michelle” with a whirlwind date to New York City, if forfeited as an act of the “wealthy and powerful…thinking about the least of these,” could have kept Obama’s indigent sibling in his shack for 2,192 years.  With all costs considered, the date, in its entirety, cost close to $250,000.00, an exorbitant amount for a national role model who speaks daily about the dire economic crisis.

Then there is Aunt Zeituni Onyango, sister of Obama’s Kenyan father, referred to in Obama’s bestselling memoir, Dreams of My Father.  Aunt Zeituni is an illegal immigrant who lives in wretched poverty in a Boston Ghetto.   Obama appears unencumbered by his brother and aunt’s dire circumstances as he goes around suggesting that we’re not doing enough for the poor, while indulging mid-week in Wagyu beef barbeques.  Obama addresses global poverty while sending confusing messages to the world he has encouraged to monitor his actions along the road to world peace.

Well, as world peace hangs in the balance, actions not words is the directive and this weekend America and the world must wait — peace will not commence until after dinner at Jules Verne atop the Eiffel Tower during a frivolous family trip to Paris, France.

Barack Obama has been especially rough on private corporations specifically executives and their perquisites. Obama stresses, in a time of economic hardship, executives sacrifice private jets and sumptuous vacations and bonuses.  However, our humble leader partakes of a Robin Leach lifestyle while most Americans are struggling financially.  He enjoys what he chastises corporate executives for, private jets, a chef, unabashed haute couture for him and his wife and extended tropical vacations.  Obama unashamedly rides in a Cadillac limousine that gets 10mpg while by the year 2015, to cut down on emissions, plans to put reluctant American drivers in tuna fish cans on wheels.  As Americans stand on the unemployment line and count pennies for gasoline and milk Obama chills-out in opulent 22,000 square foot, pent houses, in Las Vegas after flying to fundraisers on Air Force One at the cost of $40-$50,000.00 per hour.

Obama is brazen.  He exhibits antipathy toward American history, presidents, traditions, and culture and embraces South American dictators and the Arab world with more affection than he does toward the country he leads.  He has disrespected both British and Israeli allies and daily maligns former leaders of our nation.  He passively listens to diatribes against America and rather than defend, exempts himself from America’s history.  He speaks against George W. Bush justifying Arab hatred toward the former President.  He disrespects Israel by going to the Middle East and forfeiting the opportunity to meet with Netanyahu.  He disrespects American Christians and Jews by dismissing the foundational heritage of this nation, while extolling Islam.

He aggregates corporate executives into one assemblage and smears the good with the bad.  He disrespects the unborn as well as the unwanted live born.  He shows lack of respect for hard work, ingenuity, pluck, free enterprise, and individualism.  He disrespects our Constitution, our electoral process, our sense of right and wrong and by not practicing what he preaches, he disrespects American intelligence.

His message is one of hubris, haughtiness, and disrespect.  As a role model who believes that our actions and not words determine how we’re viewed, disrespect is in order toward our nation, which is being led by a very discourteous man. Obama proves a French proverb true, “None are more haughty than a common place person raised to power. “

An irresponsible world watches as Iran threatens to transform Israel into a mushroom cloud.  North Korea laughs in the face of the world community and tests missiles in conjunction with Iran and very probably China.  Barack Obama cannot call any of these nations to accountability because he rarely takes responsibility for his own actions or mistakes.  He struts around unchallenged and without culpability.

Obama when questioned is quick to shirk responsibility for negativity.  Never once has Obama admitted the bailout of GM failed and resulted in their eventual bankruptcy. Obama blames America at every stop he makes on the planet. He blames Bush, while adopting his policies and quadrupling the deficit.  President Bush expanded the federal budget to $700 billion, Obama has increased it by one trillion, yet he blames Bush complaining, “We’re out of money.”

After calling the American CIA and military torturers in order to win the election and to placate his electorate, will Obama take responsibility for the killing of twenty-three year old William Long by recent convert Carlos Bledsoe/Abdulhakim Mujahid Muhammad who was angry over the way the military treated Muslims. Probably not! Obama is an unaccountable head who accepts zero responsibility for any of his own words, decisions or mistakes…and least of all his actions. His goal is to always come out above the fray even if it costs the reputation of the nation or the lives of the people he represents.

Obama is encouraging the world to follow his lead, claiming Middle East peace hinges on the example of actions and not words.  Where exactly is Obama headed?  Obama, who is less than honest when it comes to his own commitment to the ideals he proposes, faults or motives, is quick to support dishonest rouge leaders in their quest for nuclear power under the guise of supplying alternate energy to their people.

Obama’s behavior compromises world peace around the globe because he cannot demand from others what he does require of himself. The world would fare better if he encouraged following vacuous rhetoric and disregarded his uncaring, hypocritical, disrespectful, frivolous, anti-American, inexplicable behavior.