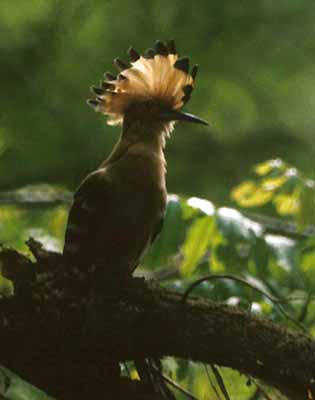 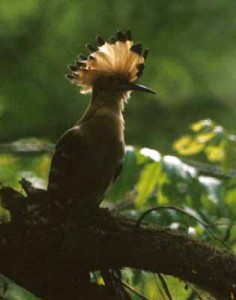 The greatest messages recorded in history have been those conveyed without words. Theses have been spoken in moments of silence, which is the case with orator extraordinaire Barack Obama who, while feigning innocence, speaks volumes with middle fingers and soles of shoes.

Obama knows how to manipulate speechifying to express messages other than the ones spoken. Yet, amidst the multitude of words, there are profound communiqués residing in his gestures. Obama is a master of words and has enthused many by his unmatched ability to finesse language and wring gold dust from pregnant pauses. However, for the visually astute, Obama’s calculated gesticulations can speak louder than his inspiring rhetoric.

Obama is neither sloppy or naïve. He is so well scripted the teleprompter follows him everywhere he goes making sure he does not deviate from script. Rest assured every nuance and gradation in the Obama color wheel is carefully designed and considered. Yet, despite his controlled coolness, one obvious character flaw is Obama’s defensive inability to respond well to opposition or criticism. When public opinion runs contrary to his policy plans for enforced Nirvana or his racial, cultural or religious affections Obama’s brows furrow and unmistakable tension blankets his face. In those moments, if observed closely, Obama has been known to incorporate body signals toward his opposition to augment dialogue with strong rebuke and mocking scorn.

Speaking softly but scratching an uncontrollable itch, on occasion, Obama has been known to “flip the bird.” The president camouflages contempt while scratching his cheek with his middle finger accomplishing mouthfuls of communication without the spoken word.

Isolating a middle finger is an uncomfortable and awkward sensation for anyone. It is hard to believe someone as self-aware as Obama could be oblivious to his mid-finger ingenuously wandering over his cheek in the middle of a speech. Obama has scratched his face with that precarious finger twice, once when referring to Hillary and then another time mocking John McCain. His motivation toward Hillary, was in response to her irking his ego during the campaign by using “…every opportunity to get a dig,” so Barry reciprocated with a dig of his own. Obama flipped Mrs. Clinton the proverbial bird to the delight of a supportive audience well aware of its subliminal meaning.

Flipping the bird is offensive but can be viewed as playfully benign. Hillary’s bird flip transformed into a stuffed quail of a Secretary of State position, which relieved her presidential prickle. Moderate Republican, John McCain’s bird flip was a senatorial salute, jettisoning him back to the coop with the other turkeys that scratch each other’s back. Both were harmless. Yet, Obama’s more recent flip off had nothing to do with his fingers and everything to do with his toes. When it comes to Israel, one has to wonder what Barack’s gripe is.

In the Arab world, exposing the soles of your shoes carries the same weight of contempt as giving someone the middle finger in Western culture. When George W. Bush was in the midst of a news conference with Iraqi Prime Minister Nouri Maliki last year, an Iraqi television journalist Mantadar al-Zaidi, “flipped the bird” at President Bush by shouting, “…this is a goodbye kiss from the Iraqi people, dog” before hurling a shoe at the former president.

Recently, while on the phone with Israeli Prime Minister Bebe Netanyahu, the worn out, dirty soles of Obama’s size twelve’s were photographed rudely propped up on the Resolute Desk in the Oval Office. One has to wonder whether Barack Hussein, who prides himself on being well versed in Middle Eastern culture, idioms and traditions, realized that allowing someone to take pictures of the soles of his shoes would be viewed as an insult in Eastern culture. When it comes to sending non-verbal messages, Barack Hussein is either arrogant or ignorant. Likely well aware, Obama’s feet on the desk sent two resolute messages, one of insolence toward the Office of the President, and one of condescension to the leader of the Jewish State and his Obama-affronted people.

Obama has been on a five-month romantic courtship with the Arab world. He bowed and then kissed King Abdullah of Saudi Arabia, cast the United States in a guilty light, apologized exhaustively for American exceptionalism and portrayed the Arab/Muslim world as the proprietors of knowledge, culture, “religious tolerance and racial equality.” He then followed up this quixotic Islamic reverie with his own goodbye kiss to Israel by flinging a shoe of his own in their face.

Israel, one of our nation’s strongest allies, has been relegated to beneath the scud missile launcher by Barack Obama’s Mideast policy. Obama has his own plan for peace in the Middle East and views Israel as the barrier. “Netanyahu was told Tuesday by an American official in Jerusalem that, ‘We are going to change the world. Please, don’t interfere.’ Netanyahu’s aides interpreted this as a threat.”

In his Cairo speech, Obama proudly identified his familial roots deep within the Muslim culture and faith. He contrived the breath of Islam to reach from the glorious European Renaissance to the dusty shelves of Thomas Jefferson’s library. Obama’s compliments minimized Western civilization and the Founding Father’s genius by placing their extraordinary accomplishments squarely at the feet of Islam.

Israel remains embedded in a tenuous position surrounded on all sides by an Arab world desirous of their annihilation. Obama’s perfectly cadenced chant of “Assalamu alaikum” was a blatant flip off, directed toward the Jewish State. The question is why did he extend prayers of peace and mercy toward those yearning for Israel’s demise?

Obama spent twenty years sitting at the feet of an anti-Semitic, anti-American, racist pastor who openly speaks disparagingly of the Lord’s chosen people.  Obama’s mentor and longtime spiritual adviser, obviously doesn’t appreciate Obama fraternizing with “Zionists” based on revealing remarks at the 95th Annual Hampton University Minister’s Conference where he complained, “…them Jews ain’t going to let him talk to me.”  Could it be when the Reverend called Obama was otherwise occupied, via long distance telephone, instructing Bebe on proper Israeli etiquette toward Muslims?

Obama’s flippant, discourteous treatment of Israel and her people and his constant submissive stance toward Islam is troubling. Wright’s influence, coupled together with Obama’s boyhood immersion in a Quran, which states, “O believers, do not take the Jews and the Christians as your friends … they are friends of each other, ” (Quran 5:51-52) has caused informed citizens to question Obama’s allegiance and obsessive dedication to the Muslim world.

The president’s “later for Israel” attitude has been met with great criticism in the Jewish state, as well as the US. In typical Obama fashion, when criticized, his imprudent response has been to “flip the bird” at his critics and send them a wordless message of rebuke. For the past week, Obama has likely been quietly absorbing the ridicule initiated by the inappropriate moral equivalencies he made between the Holocaust and the Palestinian refugee situation. His failure to include a stopover in Israel during his second Mideast jaunt, coupled with statements deriding the United States and Israel have not fared well with the American public. All these factors provided the perfect scenario needed to inflame Obama to concoct a way to flip off detractors…and flip he did!

Barack Hussein, who is paparazzi perceptive, allowed photos of the bottom of his large probably Dsquared2 shod extremities to be taken, while speaking with the Israeli leader. He knew full well they’d be splashed, by way of AP, all over the world. In one photo op, Obama addressed the “dogs”, both in Israel and in the United States, who dared disparage his actions or question his fondness for the Muslim Middle East. Obama had a specific itch to scratch and did so by stretching forth his middle finger in the form of a shoe.

Many wordless messages have impacted the world down through history, both good and bad. Yet, Barack Hussein’s ”flipping the hoopoe” at Yisrael and all her American supporters may well be unrivaled as the ultimate gesture revealing the state of a president’s “sole.”