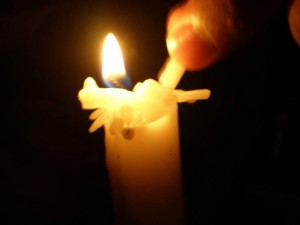 During his recent trip to Africa, the President of the United States visited the Ghanan Cape Coast Castle, which brutally housed African slaves in the 1600’s  awaiting shipment to Euramerican societies. The emphasis of the visit was on the harsh realities of human injustice symbolized by the, “...branding irons, neck hold irons and shackles.” Obama soberly mentioned his regret that “Sadly, evil still exists in our world, not only here, but every corner of our globe.” So poignant a statement by so eloquent a speaker.

Yet, the American president, who calls himself a Christian,  staunchly supports denying treatment to live born infants who are destined to be aborted but refuse to die. Nevertheless, he was especially impacted by the fact that the Cape Coast dungeon held its victims in coffin-like cubicles below a church.  The president expressed that it gave him pause when he realized churchgoers ignored the horror of inhumane treatment occurring right below the floor they knelt on to pray.  The president intimated that it shocked him that god-fearing people could be so deceived that while approving of evil they could be thinking they were doing something good.

What is even more appalling is that while refusing to acknowledge the grandiose nature  of his own hypocrisy the president  approves of the same type of injustice toward the unborn where saline, scalpels and suction take the place of branding irons, neck hold irons and shackles. Christian, Barack Obama boasts  prayers are posted daily to his Blackberry and, while the paparazzi snap away, he reverently lights candles in France’s Notre Dame Cathedral. Yet, he is the most ardent, liberal proprietor of the worst of all injustices that exist in the world today.  The evils he claims to strongly condemn in Ghana, he condones in America as his policies and edicts are so bad, he might as well be building and worshiping in churches built over abortion clinics.  Obama raises hymns of praise, while millions of human beings die.

So, as the screams of the innocent are drowned out by the church organ in the First Church of Obama, with his blessing and approbation horror, evil and hypocrisy live on.