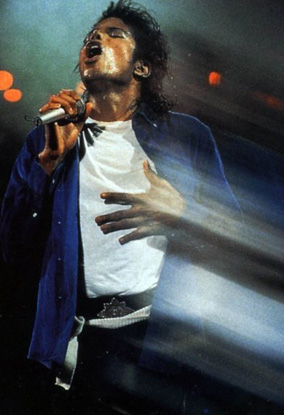 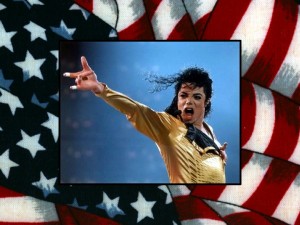 Michael Jackson has been laid to rest.  His glorious career and talent are now entombed in a hand polished, gold-plated Promethean sepulcher. Ironically, Prometheus, son of a Titan, stole fire from Zeus and was sentenced to eternity being devoured by a vulture.  Michael, ablaze with the fire of the gods, was led to ruin by a Titan career. According to Greek mythology, Hercules rescued Prometheus from the dire fate Michael Jackson was too soon subjected to.

Over the past six months the spiritual and political deterioration of the United States has been similar to the facade of the late Michael Jackson morphing into an unrecognizable entity barely resembling the original. While Americans moonwalk to Bille Jean, President Obama is stealthily filching the fiery torch of independence from Lady Liberty’s hands. America is in peril of a Promethean demise similar to Michael’s as the vulture of soft tyranny threatens her existence.

Like those who excused Michael Jackson’s peculiar behavior, the American electorate voted for dazzle over substance, electing a president who had some worrisome issues of his own. America has willingly offered her arm to the tourniquet as Obama administers a dose of socialistic Propofol, in the form of left wing policy.  Consequently, like Michael’s, the nation’s life is dangerously slipping away without as much as a whimper.

In spite of wealth and influence, Michael Jackson died a broken man whose stage presence belied deep despair.  On stage the world was transfixed.   Illuminated by foot lights, Michael Jackson, a pigeon balancing on one leg, transformed into a phoenix.   Obama, on the other hand, redirects the theatre spotlight away from America.  He demeans and debases our nation in the international arena, shooing the American eagle from lofty heights to probe the mud like an ibis

On every level Michael was a dichotomy and thanks to Barack Obama, so are we. Michael Jackson was black and white, Jehovah’s Witness/Muslim, gloved, ungloved and his androgynous demeanor attempted to appease both males and female. He was weak and strong, mother, father, man-god and child.  Sad to say, but America has become that Man in the Mirror.  Obama‘s “all things to all people” policy has cost us our identity, security and reputation. America is Michael Jackson, torn, confused, asexual, amoral, and dysfunctional and ultimately destined to be buried like he was too soon and without a brain.

Subtle at first, Michael managed to distract with the pageantry of his gifts.  Slowly, over the years, he deteriorated into what most agree was freakish and twisted.  America forgave the apparent in Michael Jackson in an effort to defend what our hearts told us was true.  Excusing flaws and extolling gifts has become second nature to a people proficient in delusional denial and skilled at ignoring our loss of stature as a nation. Caught up in the Obama boogie , while sliding around on the Blood on the Dance Floor, Americans deceive themselves into believing they are Dancing with the Stars.

Obama’s counterfeit demeanor is as pathetic an attempt at gravitas as the contradiction of Michael Jackson’s military jackets.  Anyone could see through the fifteen pounds of glitter and boxy epaulets worn by a man hidden under umbrellas, behind huge aviator glasses, masks and gruesome plastic surgery. In the same way, Obama’s conceited exterior portrays a commanding presence.   Yet, to the discerning eye, his condescending persona is both transparent and hollow.  Obama is inexperienced, untested and unproven.  His political impact can be likened to Michael Jackson from the ankles down, short in the pants; white socked and worn out in the loafer department.

Michael Jackson was a gilded peacock cloaked in riches, but died bankrupt.  He went on extravagant shopping sprees without credit.  Like Michael, Obama is undisciplined and desires to Supermarket Sweep the means of the nation’s production, from banks to the auto industry to mortgage and pharmaceuticals.  His ultimate aspiration is to control life and death.  Dictating cadres of physicians through health care is an Obama policy possession on par with Michael’s $50 million dollars worth of Beatles songs and his hyperbaric oxygen chamber.

Michael, “… never had a concept of fiscal responsibility…Millions of dollars annually were spent on … purchases of antiques and paintings.”  Likewise, Obama wrongly believes stimulus and, “…unprecedented and urgent government spending,” is the only prevention for deepening recession.  Obama’s policy has the potential to bankrupt America in much the same way Jackson did his estate.

Michael Jackson’s three children are penniless. Obama’s out of control spending spree will surely result in a similar situation for Americans as he merrily cranks the printing press to buy policy versions of a life-size Lego model of Darth Vader and a 24-karat gold trimmed Rolls Royce.  The debt “tsunami,” Obama initiated, with Jackson-like irresponsibility, will leave our offspring fiscal orphans and impoverished like Prince, Paris and left without a Blanket.

Michael Jackson created a Never land where he could remain childlike forever.  Similarly, Barack Obama lives in a fantasy world.  He believes he can create Utopia were equality reaches beyond creation into what we own and achieve.  Michael Jackson was Peter Pan spreading joy. Wearing the same green hat as Peter Pan, Obama’s cap is adorned with a jaunty, yellow feather successfully diverting attention from the fiscal bedlam he promotes. Barack is Robin Hood “spreading wealth around.”  He is the contemporary Earl of Huntingdon pilfering the hardworking and reallocating to the slothful.

Michael’s childish demeanor made him a worldwide laughing stock. Like Jackson, America seems to be greeted with respect internationally.  However, behind closed doors dictators likely chortle at Obama’s inexperienced, dovish, anodyne foreign policy. Unbeknownst to the leader of the free world tyrants would just assume feed him to the crocodiles in Jackson’s zoo than negotiate global goodwill. Yet, Obama idealistically believes that one rotation on the Never land carousel would pacify Ahmadenjad, ushering in We Are the World peace.

America gawks as Michael’s blue velvet lined casket slowly lowers into the dust. Interred inside lay the remains of a talented man whose corpse is a shocking illustration and result of a nation duped.   Hoodwinked, in our Michael-like naivety, America has been falsely persuaded that her heritage and identity is dishonorable and in need of Obama-change.  Americans fail to realize that false hope is the construct of a Never land, which will lay barren, insolvent and desolate.  Like Michael, our nation is submitting to lies.

Still, America fails to recognize that a self-proclaimed, mythical god-man is in the process of burying her.  Obama deceived the electorate into believing their well-being and provision depended solely on his intervention. Like Michael Jackson swallowing pain pills in place of food Americans reject the banquet of succulent meat presented by our forefathers.  Shamelessly, American’s grovel after policies that lack substance and are nothing more than Prometheus provided meatless bones,

Americans need to jump off the Ferris wheel and remove the kaleidoscope eyeglasses.  It’s time to recognize that Obama is offering our nation a handshake with a rhinestone, gloved hand and crossing his fingers on the hand he keeps in his pocket.   Under all the flash and bedazzle, Barack Obama’s policies are on par with Michael Jackson’s gaunt, bald, needle-marked, bruised and scarred corpse.

It is time to draw near and open the Promethean coffer taking a long, hard look at the macabre result of Obama politics.  America is obliged to discontinue looking the other way, dismissing and excusing Obama’s You Rock My World propaganda tour as they did with Michael Jackson’s tragic dysfunction.  America must rouse from the drugged stupor of deception she has been in since Election Day or suffer the same untimely death as the King of Pop.