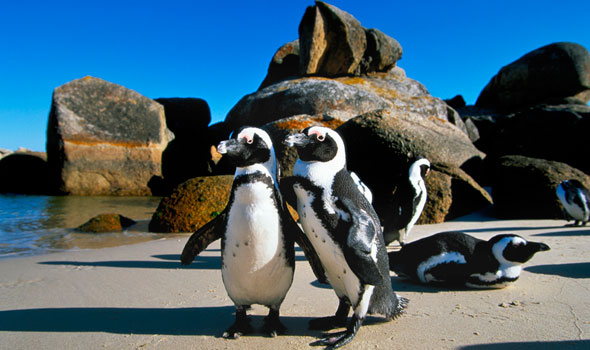 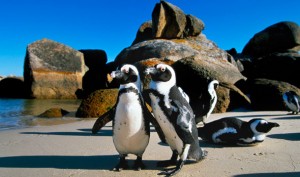 In an unprecedented prime time event Kanye West, together with Barak Obama, will be appearing on Jay Leno’s new program in a segment called the Rapster and the Shyster. Kanye will provide a hip-hop backdrop while Barry raps out his non-coherent plan for health care reform.

The President and Kanye, a huge supporter of Obama, have been old friends from way before the election.  Obama met several times with the star to address the problem of bubbly, blond, White, teenage girls receiving undeserved MTV Music Awards, all of which should be going exclusively and hence forth to Jay Z’s wife Beyonce.

“I’ve met with Jay-Z; I’ve met with Kanye. And I’ve talked to other artists about how potentially to bridge that gap. I think the potential for them to deliver a message of extraordinary power that gets people thinking (is massive),” Obama told Jeff Johnson during BET‘s political special What’s In It For Us?

Before the prime time performance Obama will also be taking some time to explain to Jay Leno how his “jackass” comment was taken out of context and the disturbing racial undertones connected with the public’s response to how an aggressive Taylor Swift treated his misunderstood comrade, Kanye.

Prior to the taping, over a power lunch early in the day, Obama explained to personal friends and advisers Reverend Jeremiah Wright, Al Sharpton, Jesse Jackson, Sheila Jackson Lee and newly ordained racial activist Jimmy Carter the true story surrounding the “jackass.” Obama felt it his duty as  racial healer to meet with a coalition of politicians and spiritual counselors who were concerned about how Kanye was treated by known racist, Taylor Swift who, by the way, wrote the racially insensitive song, White Horses.  Obama clarified to the group that his statement was cut off before he could finish speaking about the Taylor Swift-Kanye West incident.  He said, “I got as far as…he’s a jackass and the tape cut off!”

Obama went on to explain that he did not call Kanye a “Jackass” and that Terry Moran implying he did was typical racist behavior on the part of a White journalist, which was met with a hearty “Amen” by all in attendance. Barack took the occasion to make clear to those attending the impromptu Sharing While Supping Racial Sensitivity Luncheon that he has spent the last two days discussing the incident with Kanye and can’t wait to make the truth “perfectly clear” to America.

Obama explained that Kanye’s behavior was clearly connected to his benevolent animal activism and in defense of Jackasses “Yes,” but Jackass….Penguins! Sheila Jackson Lee, clapping her hands together in glee and removing her tangerine Pashima from the pot bush stew said, “You mean the penguin part never made it to the tape?”  Obama, nodding back to Congresswoman Lee replied in Afrikaans, “Ja!” The President continued, “Apparently  I said, ‘He’s a Jackass’ before I got the opportunity  to  go on with with, ‘Penguin representative’  the tape cut off prematurely making my statement appear to be something that it was not.” This revelation was met with a group, “Ahhhhh.”

Obama told his rapt audience that Kanye West is a Jackass Penguin representative.  Kanye works on behalf of Jackass Penguins or African Penguins the only nesting penguins found on the African continent, a little known fact that evoked a sigh of relief to those dining with Obama.   Barack announced that they are the first to know that Kanye West will be officially appointed by Jackass International, to the position of official Sphenicus demersis spokesperson.

All of them were proud as could be to find out that Africa actually had its own penguin and discussed how all penguins probably originated in Africa and maybe Kanye, as a spokesperson, could bring that fact to light giving Jackass Penguins the credit they deserve.   The President said that the Jackass Penguin could be the vehicle to  stem the racial divide as a sensitive black and white  diverse penguin, appealing to every race as well as bi-racial individuals like himself.

The President, advocating for Kanye, told his circle of confidantes that his good friend literally spent the weeks prior to the awards ceremony in the warmer latitudes on islands offshore between Namibia and Port Elizabeth South Africa and was disoriented and was merely in need of libation to rehydrate.  They all agreed, with a chuckle, that Kanye West is the perfect person to represent the Jackass Penguin because just like Jackass Penguins he has been known to lay two or three eggs at a time too!  Something the President candidly admitted he could easily relate to.

Obama went on to enlighten his listeners that Jackass Penguins make their nests in hardened guano same as their spokesperson who has found himself in some deep doo-doo on more than one occasion, a knee-high experience Obama also shares with compadre Kanye.  In addition, the most inexperienced President in American history shared that Jackass Penguins have a low percentage of reaching maturity because only 40% of them ever do and who better than Barack Obama or Kanye West to represent immaturity?

Interrupted by a bustling, running over schedule Jay Leno camera crew, the President was being beckoned to by Valerie Jarrett waving from across the dining room.  Waving back to Valerie and wiping his mouth with BO’s In the House embroidered napkins and in an “I’m outta here” kind of way Barry slapped the table with two fingers and pushed away. Standing and hovering over them he shared with his guests’ one more interesting tid-bit about the Jackass that is also evocative of both Kanye and himself and that is that,“Jackass Penguins communicate by squawking and braying like a jackass and thus the name.”

Obama then said he had to run because after taping for Leno he was heading back to the Oval Office to review the text of his next speech on the teleprompter.  The communiqué would be written by his newly appointed  personal speech writer Van Jones and in honor of all misunderstood jackasses from South African Penguins to Kanye West to the East Wing of the White House–where methods of communication, whether at the MTV Music Video Awards or to a Joint Session of Congress reveal asses wherever and whoever they may be