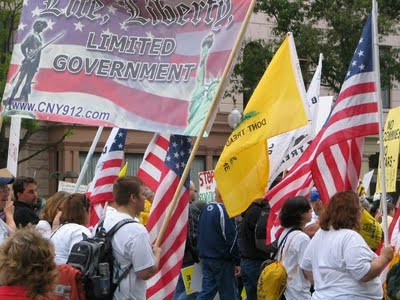 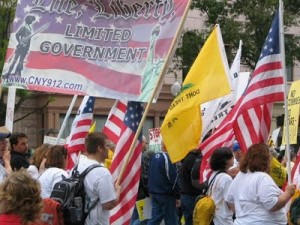 On January 22, 2009 the National Mall was packed with people who freely came to the Capitol to witness the historic inauguration of the first African American president, Barack Obama.  Weeping, hugging and optimistic, “More than one million people gathered…in a wintry Washington DC, to see Mr. Obama take the oath. “ On that blustery afternoon a message of biblical proportion filled the air.

I saw a sea of humanity stretching for two miles…All I saw was an awe inspiring body of flag waving humanity breathing and pulsing as one-One Purpose, One Nation, and One Love-with one President to unite us.

That day, Obama addressed the indulgent multitudes vowing to singlehandedly “remake America .” Yet, amidst soaring rhetoric Obama failed to mention the radical ideas he intended to implement in order to institute a socialistic utopia.  At the time, enraptured devotees were ignorant of his ambitions to substitute two hundred years of Constitutional fidelity with a dizzying left wing agenda.  As a result, rather than “everything being all right” the majority now comprehends a shift to the radical “left.”

Less than a year after Obama’s investiture to the highest office in the land, Americans are awakening to rancid winds of hope and change blowing in a direction few want to go.  Even Obama’s most committed devotees have come to realize destiny does not lie in the hands of inexperienced radicals, but depends on individual fortitude and purpose.

And so, a “restless sea of humanity,” consisting of over a reported one million people, streamed into Washington DC for a reason quite unlike the one in January.  Just eight months after Obama’s inauguration a host of citizens have come back to the Capitol raising high the standard of God given liberty; which cannot be taken away even by a powerful President that perceives himself a god.

This new found patriotic fervor is a declaration of independence.  A cause that does not require marinating in a stew of slogans, buzz words, catchy phrases or cult of personality.  Instead, this passion is birthed in dedication to the life force of democracy.  For this occasion, those flocking to Washington came not to worship or venerate a man, but rather to bear witness to abiding egalitarian principles, born from a freedom that is God given, “I run in the path of your commands, for you have set my heart free (Psalm 119:32).”  They assembled in defense of founding values, which never falter or fail but always faithfully “Secure the blessings of liberty to ourselves and our posterity.”

Unfurling like time worn parchment down the parade route, the governed came to remind America, lest we forget, governments are “instituted among Men, deriving their just powers from the consent of the governed.”  The aide memoire… governments are established for one sole purpose, which is securing “Life, Liberty and the pursuit of Happiness,” not the seizure of those rights from lawful possessors.

Those who came to Washington DC came waving a 200 year old document in the face of an elitist ruling class.   Reiterating the words that “whenever any Form of Government becomes destructive” to the ends of securing life, liberty and the pursuit of happiness, “it is the Right of the People to alter or to abolish it, and to institute new Government.”

The purpose of the protest was largely informational, directed toward a self-absorbed President and an out of touch Congress.  The message–big government policies and proposals, presently intimidating American security and well being, will not be tolerated by free people. With one voice, the crowd successfully restated the basic principle that institution of government is first and foremost to affect the safety and happiness “of the people, by the people and for the people.”

A million people declared that necessity constrained them to directly address the socialistic system Barack Obama has instituted since the last time they came to Washington to celebrate his inauguration. Their unanimity signifying a collective intolerance to being victimized by overbearing government and an understanding that ignoring abuses would be at great cost to both liberty and lives.

Flowing like a river to the heart of our nation, the concerned came to serve notice on those presiding over the citizenry that these are neither “light nor transient causes.” Obama’s liberal, left-wing “remaking” of the nation is fraught with “abuses and usurpation” and allowing it to continue on its present course can only result in “absolute despotism,” despotism, which is the people’s right and duty to address.  Moreover, they came to warn those securely entrenched in high office that the next election presents an opportunity to “throw off such government and to provide new Guards for our future security.”

Those who protested publically confirmed corporate unwillingness to chance repeated “injuries and usurpations” directed toward America’s elderly and infirm, established institutions, private sector, capitalistic tenets, military strength, religious freedom and Constitutional rights.  They sought to let Washington know that “We the people” are well aware the direction those who govern are taking can only end with the “establishment of an absolute Tyranny “ a path patriotic Americans, regardless of race, creed or color, are duty-bound to prevent.  The gathering in Washington DC let the powerful know, “…we intend to have our voices heard by those whose intent appears to be tyrannical in nature.”

The march on Washington also addressed worrisome occurrences that are strangely reminiscent of a monarchy confronted by our nation 200 years prior.  Protestors asserted that Barack Obama, contrary to how he comports himself, is not a king and that his overconfident aspirations for a second term are on a crash course with failure. The rally attempted to inform the President that it would not serve his political best interest to foolishly miscalculate the will of the American people by being intent on reiterating mistakes similar to the ones the colonists endured at the hands of an overbearing sovereign.  Errors like, “…erecting a multitude of new offices” or “refusal to assent to laws that are wholesome and necessary for the public good.”

One million or more American citizens came to tell those who sit on Capitol Hill that a grassroots movement has been initiated by a coming together of personal recommitment to foundational truth.  The result has produced a faction quite unlike the one predicted on January 22nd and is solidifying as a political force across the “fruited plain.” Its message is one of true hope and enduring change rooted firmly in freedom, liberty and first principles.

The “sea of humanity” that converged on Washington DC on September 12th was an affirmation of a new day dawning in America, a Declaration of Independence from impending authoritarian repression and a clarion call.  A new day whose sentiment does not come from supercilious speechifying or charismatic influence but rather issues forth from deep recesses within the souls of free people.