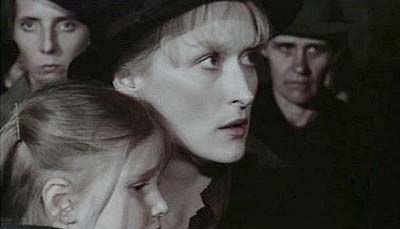 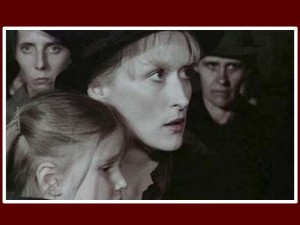 Obama needs to learn that if you attempt to explain, discuss or entertain evil…this is what you get.

President Barack Obama saunters confidently around on the world stage and is “beautiful,”  in  the eyes of those who hate America and especially Israel.  Obama is someone to politically “bed” as a trophy by world dictators. The aroma of his misguided hope fills the nostrils of tyrants reeking of sulphur.

Those who desire the eradication of Israel eye the prey disembarking from the political cattle car.  They survey the crowd for those who are willing to comply, submit or believe there is a way of escape. Dressed in the uniform of death, neatly pressed but splattered with innocent blood, they scan the slow moving crowd for anyone who will obediently line up and move forward at their command. Drawing near they have found who they are looking for in Barack Obama.

Obama compliantly shuffles along thinking he is leading as they map out his course.  Chin up, he haughtily believes he knows the direction and formula for survival and that everything is under his measured control.  Obama falsely believes he can quell the seething, snorting dragon with conversation, pacification and reassurance in his own exceptionalism. He perceives himself unlike any one else, in his mind he is the global savior and promoter of world peace.  Little does he know that as he bends to spit shine Hitler’s shoes striped pajamas are being packed into his duffel bag.

Barack Obama is the new Sophie Zawstowski from “Sophie’s Choice.” Sophie dealt with oppressors in the same way as Obama does and she and her children paid the highest price for poor judgment and fatal decisions.

Then, as now, the goal is to find someone on the line to call out to make an example of.  Who better than Obama to punish for thinking he possesses the power to deter those bent on slaughter of a better way? Obama, harbinger of “change,” seems unaware that the plan has not changed, it is still replete with horror too brutal to contemplate and involves mass extermination without regret. Obama may be the perfect Sophie, who, when forced to make a “choice,” will hand over the greatest and most precious prize … very possibly sealing Israel’s demise in the process if not for Yahweh’s covenant hand of protection on His chosen people and nation.

Obama attracts dictators in the same way Sophie attracted the attention of the Gestapo.  They come near sniffing and drinking in the aroma of his hubris. Looking into his eyes they peer deeply  into his soul as he intermittently looks away.  Like Sophie one wonders what could be going through Obama’s mind as he entertains devils?  The SS seduced Sophie into conversation, so too has Obama been lured into a conversation he has no control over. Jew haters know that compliments soften Obama and use them as a distraction to make room for taking the pulse of his political sway.  The assessment is correct positive headway is being made.

Obama, like Sophie, beckons iniquity to participate “without preconditions” in peaceful discussion. Just as Sophie believed she could befriend malevolence, so too does Obama believe he has the ability to convince those who hate and that his is a better and higher way.   Sophie’s plea for the life of her daughter, as she was carried to her death, was met with a sinister smile. Obama too, falsely believes he has the ability to persuade despots to surrender plans for a modern day Auschwitz, but above the roar of rhetoric, are the screams of a dying world he has surrendered and by doing so branded for death.

Obama is deluded if he thinks that his influence stands out from the crowd.  He perceives himself as exceptional, different.  In response, our enemies view him as infantile and chortle wildly behind his back. Barack Obama would be wise to refer to back to Sophie who mistakenly engaged depravity attempting to save her life saying, “I am different, I am not like them…I stand out.”  Sophie believed in her ability to convince and assuage but was quickly and cruelly proven wrong. Barack Hussien Obama naive and misguided will realize the devastating result of engaging dictators in conversation when those he befriends reveal themselves to be malicious beasts they really are. Begging, acting confused, crying and protesting didn’t help Sophie and will be of little benefit to Obama on the day they implement the global Final Solution.

Shouting to an enemy the reasons to view her as unworthy of death cost Sophie the life of her baby girl as evil turned and strode back into Sophie’s sphere threatening and using against her the thing she thought set her apart.  Sophie believed killers respond to Christianity—Ha!  Instead, they perverted  God’s word saying, Jesus said, “Suffer the little children to come unto me…choose one or they both die.”  Sophie was confronted by her own words and learned discussion with the enemy is a “choice” that haunts and destroys lives.  Barack thinks his foreign policy is a way of being “His brothers keeper” someone should tell him Mahmoud, Hugo and Fidel are not his brothers.

Obama may believe timidity and diverting his eyes from evil is enough…if he does…he is dead wrong.   Like Sophie, Obama views himself able to convince those who have murder and sadism in their hearts. Holding hands with  allies, while speaking to demons is dangerous business. Sophie held onto her two children tightly…Obama, on the other hand holds loosely and when asked to make a choice will likely leave go of Israel’s hand.  Mahmoud Amadinejad’s nuclear ambition is a present day revamping of the showers and a stoking of the  ovens.  A hateful dictator tells the world  he believes in cleanliness and loves fresh baked bread and gullible, greenhorn Obama believes him.

Presently, Obama, like Sophie, is being pressured to a make quick and clear  “choice.” If history is any indicator of future behavior, Barack Obama will probably do what is in his own best interest and save himself first!  It is likely Obama will place Israel into the  executioner’s arms and justify his decision necessary to prevent an even worse fate. Soon after Barack Obama, like Sophie Zawistowski, will find himself alone with a world void of meaning too late learning the gambled “choice” he made was the wrong one.