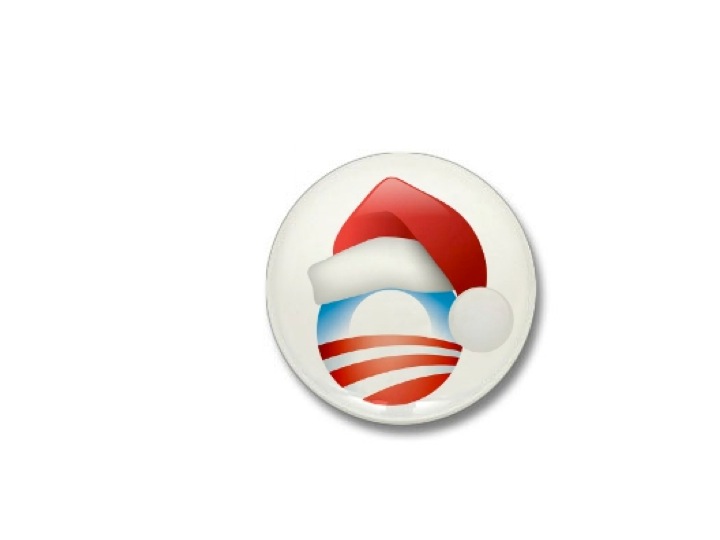 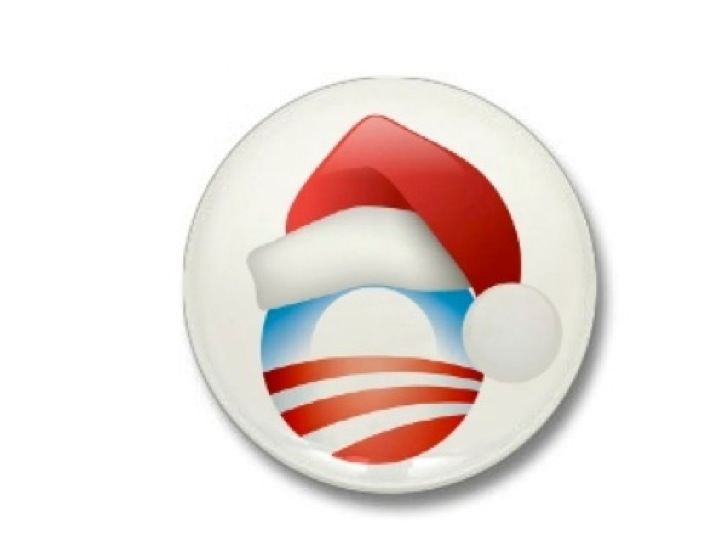 Usually prior to the holiday season children make up a list, and if well behaved,  brightly colored presents are found stacked under the tree on Christmas morn. 2009 is the first-year America celebrates the birth of Jesus with Barack Obama as President of the United States and although across the fruited plain Americans have been very, very good–this Christmas America is slated to receive nothing but a huge lump of black coal in our national stocking.

Sorry, but diabolical takes on new meaning when Obama, fully aware that America not only rejects, but fiercely opposes the health care bill, gives a thumbs up to vote on the bill on Christmas Eve.  Barack Obama is an in your face, over lord who can only be described by two words: sadomasochistic dictator.

Not only is Obama instructing Senatorial elves to make sure the Christmas Health Care bill is passed, the President plans on sliding down America’s chimney and placing coal under every tree in the nation so that on Christmas morning tears, not joy, fill the hearts of all Americans.

Obama is an evil Santa – with a minor adjustment to the letters in the name ‘Santa’, the President’s source of inspiration can be clearly identified.

The night before Christmas; what we call, ‘Christmas Eve’ is a night full of expectation and excitement. Last minute preparations are being made for the big day. The turkey and ham are in the fridge; the potatoes and vegetables have been prepared for the sumptuous feast on Christmas Day. The shopping is done. The gifts are wrapped. The house is tidied in anticipation of receiving guests during the holiday. All the plans have now come to fruition. No expense has been spared. It’s a costly time. What a night that first Christmas Eve must have been in heaven.

Not anymore!  Obama plans to turn Christmas Eve in America into hell on earth!

Barack Obama can’t wait to force health care down our throats washed down by curdled egg nog.  The President looks forward to subjecting America to chewing and swallowing candy canes made out of glass and ecstatically anticipates doing so on Christmas Eve.  Dropping a health care bomb on the night before Christmas sends a symbolic message to a representative republic about who decrees the direction the country takes–trust me, right now it isn’t “We the people.”

To Obama, America’s Christmas list means nothing, nada, zilch, zero – in fact expect a Presidential press conference where Barack approaches the podium donning a Santa cap on his oversized head.  After kissing himself all over, under mistletoe hanging from the ceiling, the President will show the audience a Christmas list scribbled with America’s wishes in one hand.

In the other hand, Obama will hold a lit Christmas candle and not as a symbol of the birth of Christ and His renewing light force guiding His followers along the path of righteous.  Oh no, quite the contrary, smiling broadly into the camera as only President Obama can, America may very well choke on a national gingerbread cookie as America’s Christmas list burns in effigy as a testimony to how little the citizens of a democratic nation actually influence the socialist Santa-in-Chief’s policy choices.

In a nation of 300 million people, the only Christmas wishes being fulfilled this year belong to left-wing, liberals in Washington DC who, together with Obama, are determined to control life and death and subjugate American citizens to a tyrannical time bomb presented in a gift box decorated with red bows, glittery paper and holiday tinsel.

The ‘new’ Santa paradigm is this—Obama pretends to be St. Nick while taking independence, individuality and Constitutional rights from the American people, while at the 1600 Pennsylvania Avenue Presidential workshop,  socialist elves craft Marxist policies to place in stockings hanging on mantles all across America.  America better rouse herself from the “long winters nap” because at the top of Obama’s list  is the wish to ruin America’s hope for a Merry Christmas for decades to come.

Americans should purchase Barry the Snow Job a one way ticket to the North Pole in 2012, ensuring the nation’s future remains merry!

So, in honor of anti-Santa Barry, on the lips of every patriotic American this Christmas morn should be a little ditty written by Jeannie  entitled:

Barry the Snow Job was a nasty, angry troll

With an ACORN pipe  and a stuck-up nose

And two eyes without a soul

Barry the Snow Job is a socialist they say

He is made of ice but the children

Know how he came to life one day

There must have been some Marxist dust in that

For when they placed it on his head freedom no longer could be found.

Was a lie we all could see,

And the children say he would laugh

And play for fools citizens like you and me.

An excellent cartoon from an outstanding political cartoonist Toby Dials that says it all: 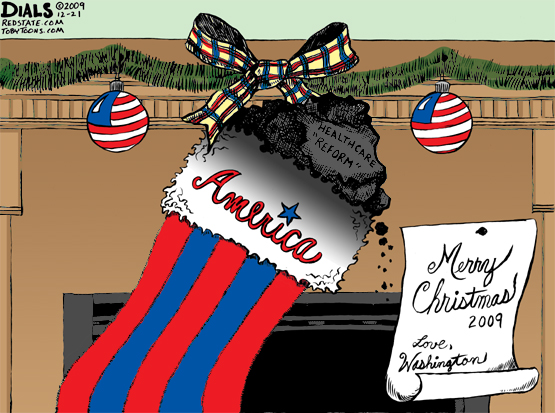