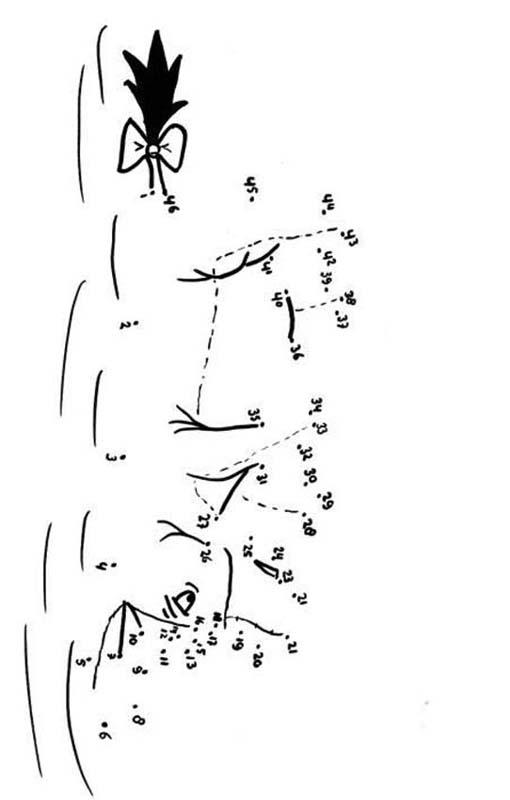 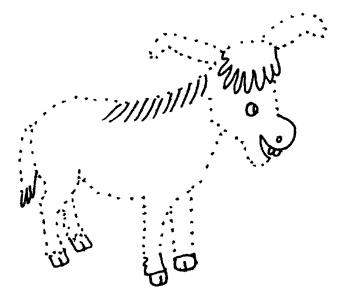 The classic childhood puzzle connecting the dots entails starting at number one tracing and counting through in sequential order to the last number.  A crayon and an ability to trace a line slowly reveals a distinguishable image from what were once disjointed elements scattered across a page.  Small children practice connecting dots as toddlers. Yet, in order to clarify a larger national security picture, starting with the purported smartest President ever to hold high office, the Obama administration appears to lack the skill to master a basic system of numeration.

A Pentagon top intelligence report recently sent to the White House stated Major Nidal Malik Hasan was able to shoot down thirteen people at Ft. Hood due to “prior failure to connect the dots.” Leading up to the rampage, e-mails being monitored by a wiretap that Hasan exchanged with Muslim imam Anwar al-Awlaki were never seen by the terrorism task force determining whether the Army major posed a threat to American safety.

Was Nidal’s attendance at a radical Wahhabi mosque in 2001 and regular correspondence with an extremist Yemeni cleric also considered benign? Government failure to connect dots from e-mail one to e-mail eighteen resulted in thirteen dead bodies and thirty-eight wounded victims strewn on the floor of a military base.

Major Hasan offered a foreboding opinion in a 2007 lecture warning Muslim conscientious objectors in the American military present a danger of morphing into suicide bombers.   Did Nidal Hasan’s enlightening insights register a big fat zero on the Obama dot-o-meter, as well as the Army Major openly proposing infidels (non-Muslims) should be beheaded? Obviously, a “psychotic” Nidal Hasan referencing beheadings and suicide bombings waxes insignificant for an administration whose goal to socialize the American health care system eclipses terrorists mingling within the ranks of the American military.

Or could it be that liberal political correctness obscures larger, more sinister pictures that connecting dots uncovers? National Public Radio reported, “some of Hasan’s supervisors were worried they might be discriminating against Hasan because of his seemingly extremist Islamic beliefs.”

On Christmas Day, mirroring the circumstances surrounding the Ft. Hood incident one-month prior, U.S. intelligence agencies’ again failed, “to pull together fragments of data needed to foil the failed bomb plot on the Detroit-bound airliner.” Thus, government’s continued “failure to pull together fragments,” or in layman’s terms, connect the dots — resulted in an Airbus A330-323E being nearly blow into fiery oblivion with hundreds of innocent people aboard.

President Obama meekly conceded to the problem by acquiescing to the fact that, “our government failed to connect the dots in a way that would have prevented a known terrorist from boarding a plan for America.”  Ya think?  Isn’t this the same squadron of government officials a bated breath President wants to place in charge of connecting America’s respiratory tubing?

Obama openly confessed that in the case of the boxer shorts bomber, “the intelligence community did not aggressively follow up on and prioritize particular streams of intelligence related to a possible attack against the homeland.” What type of “streams” Mr. President? Intelligence streams such as Umar Farouk Abdulmutallab being reported to a U.S. Embassy a few weeks prior to the incident by a deeply troubled father concerned his son’s extremist behavior was a result of being religiously “radicalized“?

America must remember that connecting dots is a multifarious science–especially when those in charge are distracted with avoiding offensive actions being directed toward Muslim men, on watch lists, purchasing one-way tickets to board planes, devoid of luggage. Not on red flag or blip the dot monitor of the brightest assemblage to hit Washington DC in the history of the republic.

After being arrested and before being read Miranda rights 23-year-old Umar Farouk Abdulmutallab, told FBI agents “he was trained for his Christmas Day mission in Yemen by top leaders of al-Qaeda who provided him with the explosive materials.” Abdulmutallab described “spending a month at an al-Qaeda compound north of Yemen’s capital Sanaa and said he was denied permission to leave the site until he completed his training alongside a Saudi al-Qaeda bomb maker.”

The word “intelligence” seems somehow out of place in close proximity to this group, because unnoticed in the stream of U.S. intelligence were things like firsthand knowledge that Umar Farouk spent time on the Arabian Peninsula, home to Yemeni cleric and Ft. Hood muse, Anwar al-Awlaki.

Obama admits “it appears that this incident was not the fault of a single individual or organization, but rather a systemic failure across organizations and agencies,” which is an astounding concession coming from a man whose administration is overstaffed with a cadre of know-it-alls claiming to have answers to worldwide anguish.  Yet, those in power either individually, or as a group have proved totally inept at joining facts and data together in a logical cohesive manner. Connect these dots, Alice: the group that failed to diagnose two obvious Stage V tumors named Nidal and Umar wants to oversee the diagnostic health of 300 million Americans.

The fact that a plane full of people nearly met a fatal end over Detroit Metro at the hands of an apprentice terrorist with explosives sewn into his drawers does not bode well for a team of bumbling toddlers who appear to be unable to solve a simple pre-school connect the dot puzzle. The reality is the Obama administration can’t connect the dots, but finally Americans are starting to. 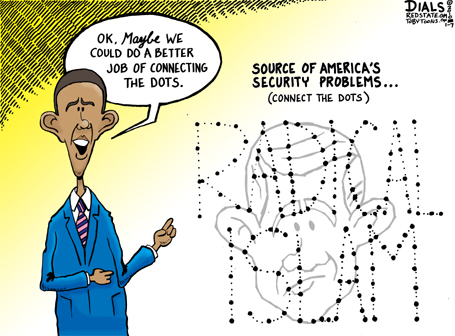