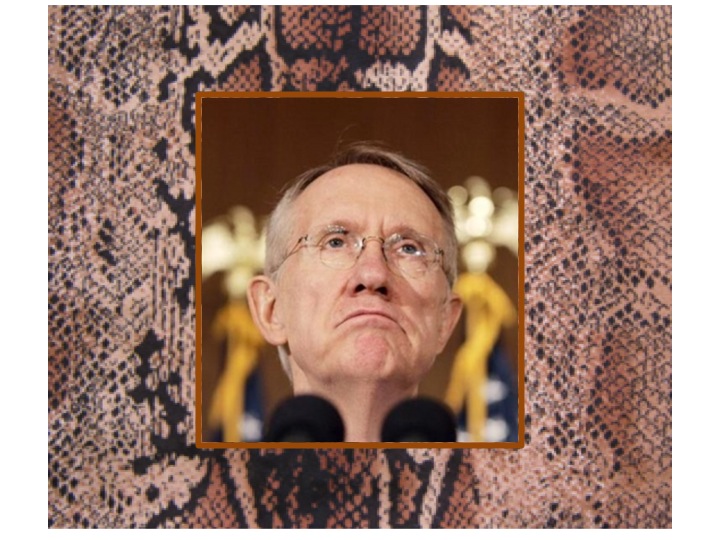 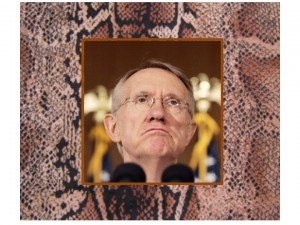 Based on one full year’s worth of observation, it is obvious that Michelle Obama’s pronouncements, advice, injunctions, and edicts include a personal exemption for the occupants of the White House Executive Residence. Michelle’s attempts at verbally imparting wisdom, if matched against the backdrop of action, expose the First Lady’s hypocrisy.

Such a quick dismissal of Reid’s sentiments is perplexing coming from a woman known to be intensely aware of race. The First lady’s forgiving words put the spotlight on what history reveals abides in her heart. Michelle said, “My experiences at Princeton have made me far more aware of my ‘blackness’ than ever before. … Regardless of the circumstances under which I interact with whites at Princeton, it often seems as if, to them, I will always be black first and a student second.” Reporters, eager for further insight, learned that Michelle evaluates “people more so on what they do rather than the things they say.” Oh really?

Michelle’s statement about measuring character on what is done, rather than what is said, presents a moral dilemma for the First Lady and President Obama, both of whom never come close to exemplifying the injunctions both freely impose on everyone else.

One such glaring example was at Saddleback Church, when candidate Obama shared that “America’s greatest moral failure” is not abiding by “Whatever you do for the least of my brothers, you do for me.” Citing America’s wealth and power, Obama shared from his perspective that our nation, “still doesn’t spend enough time thinking about the least of these.”

If moral fiber is measured by what is done rather than what is said, then why, as an example to America, hasn’t the First Lady passed on Narcisco Rodriquez and Jimmy Choo and addressed the least of Obama’s half-brothers, George Hussein Onyango, who lives in a shanty on less than a dollar a month? Why hasn’t she welcomed in the sister of Obama’s Kenyan father Aunt Zeituni, living in wretched poverty in a Boston ghetto?

In an article following Obama’s soaring inaugural address, David Broder alluded to the rhetoric-versus-deeds quandary, saying, “What speeches can accomplish, they have delivered handsomely for Barack Obama. Now, it will depend on his deeds.”

The First Lady is well aware that the President stresses that Americans should surrender personal aspirations for the sake of the collective. “All Americans will have to sacrifice to put the economy back on track,” Obama said. “Everybody’s going to have to give…Everybody’s going to have to have some skin in the game.” To date, Michelle’s contribution to “skin in the game” is the acquisition of an off-the-shelf, $1,900.00 snakeskin clutch.

Excusing herself, Michelle is of the opinion that “in order to get things like universal health care and a revamped education system … someone is going to have to give up a piece of their pie so that someone else can have more.”

Yet while stressing doing over saying, the First Lady seems averse to relinquish haute couture, and she freely participates in $56,000 worth of accommodations for a two-week Hawaiian vacation. Michelle lives a Robin Leach lifestyle while Americans financially struggle. Michelle boutique shops in Paris for the weekend, enjoys 250,000-dollar date nights and frivolously flies aboard Air Force One at the cost of forty to fifty thousand tax dollars per hour. If the First Lady is correct, and personal principle is exposed by deeds and not words, then she fails her own standard for the Harry Reid “skin tone” and “Negro dialect” test.

Can America ever forget newly-elected Barack Obama swearing that the “election is not about me” and then contradicting those words with actions that disregard the wishes of the majority whom the election supposedly was all about? Moreover, if humility means having a modest opinion of one’s own importance, and deeds speak louder than verbal expressions of reticence, then maybe on an upcoming speaking junket, Michelle could explain to America what accepting an undeserved honor reveals about an individual?

Nevertheless, Michelle can’t very well censure Barack for what she is also guilty of doing. Prior to Obama being elected, Michelle militantly spoke the words, “Barack will require [emphasis mine] his flock to work.” Once in the White House, the First Lady, having no official duties per se, hired a staff of 22 assistants with combined salaries totaling $1.5 million per year to assist her every whim. Michelle’s words portended imposed toil on the “flock” while harboring full intent to partake of a sumptuous, power-pampered lifestyle — regardless of whether the rest of the nation wallowed endlessly in the throes of a Great Recession.

Michelle also said, “Barack will demand [emphasis mine] that America sheds its cynicism.” Then, while volunteering at a Washington, D.C. food bank, the First Lady fed the impoverished while shod in $540 Lanvin sneakers. Over the past year, through repeated thoughtless actions, Michelle Obama has contributed greatly to Americans’ pervasive distrust of each others’ professed integrity and motives.

The First Lady also forewarned, “Barack will demand [emphasis mine] … that America move out of its comfort zone.” Yet if Mrs. Obama expresses a hankering for organic kale, then Washington, D.C. promptly shuts down. Three dozen vehicles set to work, police and Secret Service sweep the area, dogs sniff for bombs, barricades are erected, and fruit stands are staked out with magnetometers and rooftop binoculars. Only then, in an armored limo, can Michelle be ferried to the organic food stand to be welcomed with flower leis and cowbells by extremely uncomfortable people cordoned safely off to the side — far from their comfort zone.

In the UCLA speech, Michelle uttered rousing words of freedom from oppression and overbearing control, claiming firsthand knowledge of the fact that Americans “are sick and tired of other people telling them how their lives will be.” In spite of that, the First Lady heartily approves of dictatorial, liberty-curtailing decrees, enforced governmental management, and a presidential agenda poised to significantly impact everybody’s life but her own.

The most poignant Michelle Obama declaration was this: “Barack will never allow [emphasis mine] you to go back to your lives as usual.” One year later, after thousands of hours of empty, hypocritical rhetoric, Barack’s “requiring,” “demanding,” and “never allowing” actually appear to be words he plans to back up with action. To do so, he needs Harry Reid, which is probably why the First Lady held her nose and said she absolved the contrite senator.

However, if the past is any indication of the future, then Michelle, like Barack, is first and foremost concerned with personal political expediency, power, and prestige. With that in mind, although the First Lady graciously extended public exoneration toward Harry Reid, in reality, it’s highly unlikely that she ever really intended to do what was said.