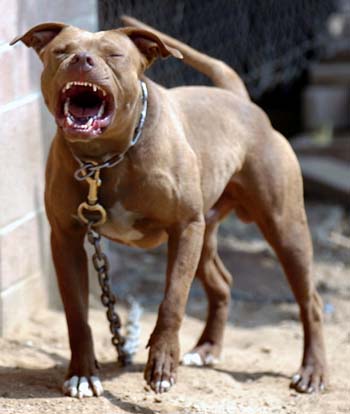 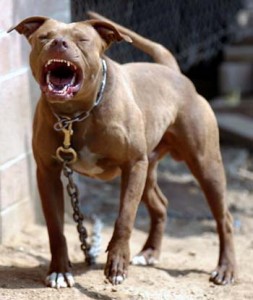 Territory is defined as an area, which an animal will defend against intruders of the same species. According to Robert Ardrey, “A territorial species of animals, therefore, is one in which all males, and sometimes females too, bear an inherent drive to gain and defend an exclusive property.”  As it is for animals, so it is for politicians, especially Barack Obama whose words and aggressive actions indicate an “inherent drive to gain and defend,” what the President perceives to be, “exclusive property.”

For twelve months, Barack Obama has acted like a male alpha dog rhetorically spraying every past, present and future policy issue he comes in contact with.    The President sycophantically practices placing socialist scents at nose level to alert conservative and moderate dogs, looking to claim a portion of the political prefecture, to back off.

Incessantly reiterating a liberal schema for America, the President may as well get it over with and mandate Obamaroma be crop dusted  over North America, and while he’s at it, if possible, spritz the whole planet.

Canines and other mammals mark territory for one purpose, to “limit competition within a niche or habitat,” for Obama that niche includes totalitarian power exercised, without obstruction, within Washington DC’s halls of power.  The yard Obama guards includes a liberal pack of canids from a Democratic carnivorous pit bull family.

In Barack Obama’s case, not only are other politicians considered interlopers, but also based on the President’s blatant disregard for the electorate, apparently so are the American people.  If the voices of a representative democracy speak out in opposition to Obama’s policies, the President swiftly responds with a well-positioned leg lift followed by a prime time uncovering of saliva dripping premolars, issuing a bone-crushing warning to the defiant.

Although a president cannot literally mark large swatches of political territory by employing the “natural method,” pushing back against critics flouting Obama’s edicts and sanctions, in essence, is Barack marking territory.

Take for example, the majority of Americans opposing health care reform.    Alpha-Obama lifted his left-leg and “pushed back against opponents of his health care initiatives…again target[ing] insurance companies in the second of three town hall meetings aimed at winning support for legislation.”

Dogs sneaking through the barbed wire fence into Obama’s yard were met at a Joint Session of Congress by Obama spraying his critics, as well as, witnessing the President spew all over the entire chamber.  Once again, Obama pushed back–bared teeth and snarling, “The time for games has passed. Now is the season for action.” No discussion, no compromise.  Obama laid territorial claims and might as well have put a sign out saying, “Stay off the grounds this country belongs to me!”

Obama, together with the pack, have growled and marked the boundaries around the health care issue. Every time the opposition drew near Obama and his leftist minions charged the opposition imposing a health care bill on a nation that roundly rejects governmental kibble.

Shockingly, unlikely cat lovers in liberal Massachusetts snapped the choke chain and took control of the situation by wresting control from trash heap dogs. Realizing the tail was wagging the dog, Americans rose up and sent the message, “Dogs don’t run the yard – owners do!”

Massachusetts voters targeted tail wagging hounds like Nancy Pelosi who mists Capitol Hill with left-wing political pheromones, bats her bitchy eyelashes and gnarrs, “Democrats will charge ahead with health care reform regardless of what happens in the Massachusetts Senate race.” Or, tyke’s like Charlie Rangel who mocked the Bay State’s attempt to claim territory as a non-starter, yipping out the retort “We will have health reform regardless of what happens in Massachusetts… We have alternatives to this cockamamie 60 votes in the Senate.”

Either way, Scott Brown’s election to the US Senate is a liberal electorate’s stunning message to the 1600 Pennsylvania Avenue alpha dog commanding him to back off. As a result, the whole situation holds potential to become a national piss-off.  Because “When one male detects the scent of another, (particularly an unknown male), it could cause a perhaps low-level stress reaction, which would then increase the need to urinate.”  Scott Brown representing “We the people” in a seat vacated by liquored-up liberal paladin is sure to have alpha Obama’s bladder over stimulated to the point where a territory-marking flood is forthcoming like water crashing through a dam.

America can expect a public hydrant drenching in the days immediately following the election – just to remind everyone who’s in charge because,

“Male dogs, on reaching a previously urine-marked landmark, will often attempt to cover over the urine marks of previous canine visitors with their own urine.  In so doing, they sometimes engage in some quite amusing acrobatics, including the reverse handstand sometimes displayed by little dogs when attempting to over-mark lofty scent marks left by larger dogs.”

After Scott Brown’s win Obama, a toy poodle believing he’s a pit bull, will exhibit political gymnastics to win back ground lost spinning a loss into a win like Jonathan Horton working the high bar.

As America has witnessed over the last year, some dogs have an obsession about marking territory. The best way to prevent a male dog from urine marking is to neuter the canine before territorial behavior is exhibited, with Obama already in office, its too late for that.   However, if the animal is already established, neutering may not help and wherever the male canid sprays the odor needs to be neutralized, which is what Massachusetts voters did tonight.

Truth is, Obama fancies himself an alpha male.  “The alpha makes and enforces the rules. Alpha dogs enforce their authority by the use of stern eye contact, growling, dominant body postures and if that fails, biting and fighting. If you watch your dogs closely, you’ll see examples of this eye contact and posture in their daily activities.”  Since day one, dominant body posture, lack of sincere eye contact and haughty posture has been on full display from the occupant of the Oval Office.

The President’s “bark may be in equal proportion to his bite,” and Obama can drench the political landscape all he likes with the stench of socialistic policy.  In the meantime, while an out-of-control Obama circles the fire hydrant continuing to believe “no leash can hold him and his tail wags for no one,”  in one day, Massachusetts voters neutralized and counteracted the leader of the pack and in the process set about retraining the unruly horde of junkyard dogs he runs with.

Hey, Obama, “Sit, roll over and beg,” the American people own you!