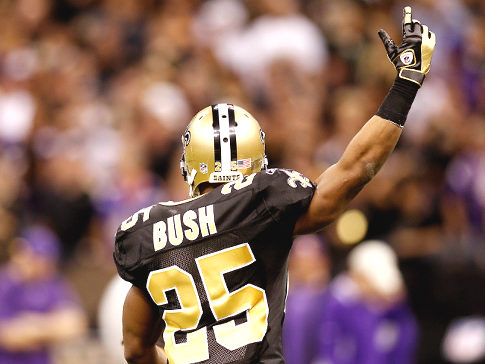 If Mary Landrieu (D-La) had any influence in leading New Orleans to victory the Colts, not the Saints, would presently be in possession of the coveted Lombardi trophy.

Viewed as “underdogs” Saints head coach Sean Payton expressed liking being in a spot where “a lot of people where picking against us.” During the health care debate Landrieu and a few other moderate Democrat senators were in a similar position. Rather than rising to the challenge Landrieu’s squad lost the game succumbing to the pressure of the majority.

Senators like Landrieu, Nelson (D-Neb), Blanche Lincoln (D-AR) and even Joe Lieberman (I-CT) were poised to block Obama, Pelosi and Reid’s attempt to make a health care goal. Running up the sideline waving to a cheering crowd Lieberman vowed he would “ultimately vote to block a floor vote on the bill if it isn’t changed first.” Lieberman was tackled and even he dropped the ball.

Mary Landrieu could learn a lesson from the team she represents.  The Saints, like little guy “blue dog” Landrieu, were “underdogs” in the midst of MVP football players.  Landrieu possessed an edge the Saints didn’t have, but rather than refusing to “abandon the city” Landrieu relinquished winning principles.  The senator yielded to bribery, back room deals and intimidation tactics administered by powerful political players locked in an impenetrable huddle.

When the game started Landrieu and company refused to acquiesce to pressure to accept a bill that included a public option. During the Senate health care debate, “few outside of Louisiana saw a victory” possible in defeating a bill no one wanted.  At that time Landrieu, part of a small team of Blue Dog Democrats, seemed willing to assume the attitude that ultimately benefited the Saints in the Super Bowl. The Louisiana senator and conservative Democrat team mates took a page from the New Orleans football champs and pledged to “rebuild together…leaning on each other” to defeat the opposing team.

Defending against the run Landrieu held the line saying, “”I am not open to a public option, however I will remain open to a compromise – a full compromise.” Rushing the passer, Landrieu continued the defense saying, “A public option is not something I support I don’t think its the right way to go.”

At halftime, rather than deciding on completing a play that would have insured a rout of the challenging team Landrieu, mere inches from the goal line, handed the ball to rivals.  Someone ambushed the diminutive player during halftime cornering her in the darkest corner of the locker room.

Sen. Mary Landrieu, D-La., won between $100 million and $300 million in additional federal aid for her state’s Medicaid population. The deal, secured before she cast her critical vote in favor of bringing the health bill to the floor, was immediately dubbed the “Louisiana Purchase,” though the actual Louisiana Purchase was considerably cheaper.

At one point during the Super Bowl New Orleans was behind and a “blowout” seemed inevitable.  Instead of going down in defeat the “Saints mounted a comeback.” As a representative of her state as well as having the whole nation as a cheerleading squad, Landrieu too had power to “turn the [health care reform] tide.” Unlike the indomitable Saints, Landrieu submitted to political ploys offered by a team who otherwise was easily defeatable.

Threatened by levees breaking and suffering a Super Bowl XLIV defeat at one point during the game the Saints astutely recognized a huge flaw in the Colt’s alignment. Democrats, pushing healthcare, also realized Landrieu was not championship material with an “alignment flaw” of her own. If Landrieu had delivered a well-placed Morstead onside kick, the Louisiana senator could have accomplished a legislative field goal—Mary chose to sit on the Astroturf, selling out victory for a pseudo trophy stuffed to overflowing with dirty money.

Instead of exhibiting New Orleans determination by sending Barry, Harry and Nancy “spinning awkwardly to the turf at midfield…returning an interception” and “clinching the score,” Mary Landrieu surrendered, walking off the field handing the ball and the game to the liberal team.

After winning the Super Bowl in Miami, quarterback Drew Brees of the New Orleans Saints said, “We believed in ourselves, and we knew that we had an entire city and maybe an entire country behind us.”  So did Landrieu when she stood against the Democrat health care proposal.  While the Saints delivered Landrieu disappointed. The Saints, “long derided as the Aints for their futility” won the Super Bowl passing the Louisiana uselessness baton to Senator Landrieu, who henceforth bears the name Queen of the Taints.

Senator Landrieu invited humiliation instead of confetti down on her political reputation. Big Easy, Landrieu tearfully defending herself told the Senate, “I don’t need this job badly enough – maybe some people do, I don’t – to throw the people of my state under the bus to protect myself politically.

Maybe Landrieu could explain why she forfeited clear access to the goal line and failed to send the opposing team to the lockers in defeat? Now after forfeiting a very doable “fourth-quarter thrashing,” Mary changed jerseys and assists President Obama’s continued commitment [God help us all] to, “fighting for legislation…to bring more stability and security to folks who are in our health care system.’

Landrieu told critics singing in unison “We Won’t Get Fooled Again” to “Keep their mouths shut.” Battered and defensive Landrieu justified poor decisions to constituents seated in bleachers all disappointed by a star player’s lack of good judgment–booing rather than waving  “World Champ” banners.

“Who’s Dat?” is the only remotely valid question to ask about a senator fallen from atop the Mardi Gras float.  Mary Landrieu, the advocate who months ago emerged from below murky Gulf waters in defense of the American people, has since transformed into someone more at home working Bourbon Street than bearing the title of MVP in the big on-going health care reform game.