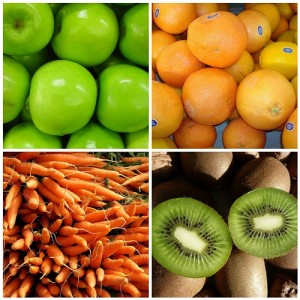 On the sly my grandmother would pass me a few cents from the linty pocket of her apron giving me access to a little bit of Catholic School candy heaven.

In fact, 40+ years later I can still remember the aroma of the thick strings of warm red licorice.  Believe me, it smelled nothing like the institutional cafeteria wafting with the fetid odors of sweaty kids, bologna sandwiches, rotten fruit and warm milk.

Thinking back I’m convinced hot cocoa and bagels ferried me through high school.  Academically, I was less than mediocre.  In fact I still wonder how I managed to graduate.   The whole event is a blur save olfactory memories of warm peanut butter cookies and cheap pizza.  Unhealthy school lunch choices and truant officers kept me coming back for more.

Being a kid in the 60’s and 70’s offered benefits students in 2010 lack.  How depressing to learn, “the Obama administration is expected to unveil a plan this week to bring healthier school lunches to children across the U.S.”

If the government has its way, Sister Mary Rose Christianson might as well resign herself to cursive writing knuckle smacking because the only “candy-drive” schools will be able to sponsor are “drives that ban candy and junk food from schools.”

The First Lady is “expected to be in the forefront of the program, having called for an end to child obesity.”  At a “healthy eating event” in Virginia Mrs. Obama, referred to Sasha and Malia’s questionable BMI.  A sensitive Michelle related to the audience admitting even the Obama’s, “Often simply don’t realize that those kids are our kids, and our kids could be in danger of becoming obese. We always think that only happens to someone else’s kid — and I was in that position.”

Hey Michelle, could it have been the “Maxed Out Pepperoni, the packets of powdered Kool-Aid, the Ham & American Stackers, or the bite-size Snickers bars” fellow students spotted in Sasha’s lunch box? But I digress.

According to Michelle’s new [ain’t it great to be a kid] policy all of America’s children, including Sasha and Malia, will be treated to quite a different fare in their Jonas Brother lunch boxes. “The girls had to adhere to new ground rules – less burgers, low-fat milk, fruits and water instead of sugary drinks; the change was significant.”

How will Big Brother accomplish the goal? “The administration reportedly asked for another $1 billion in addition to the $18 billion already set aside for the federal meals program in order to fund the initiative.” The U.S. is not the first to nudge junk food-lovers toward better choices. In 2004, socialized medicine blessed Britain received help from Celebrity chef Jamie Oliver and $436 million dollars in healthy school lunch monies to launch a similar initiative.

In the near future, memories of cubed red dye #40 Jell-O, little brown bags of M&M’s, French fries and Corn Dog Mondays are slated to fade into the past. Michelle Obama, Tom Vilsack and the federal government plan to woo red licorice eaters to class with pumpkin rice laksa soup, government provided Vitaminwater and a side of delicious soy chips.  Yummy!