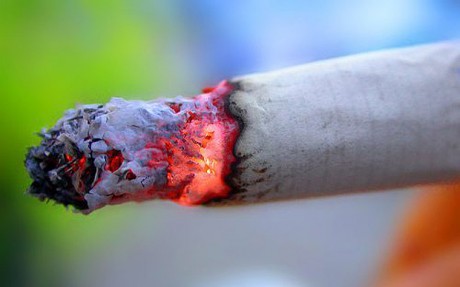 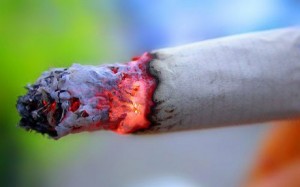 Watching Barack Obama’s first State of the Union address was like attending an anti-smoking seminar led by a spokesperson that takes intermittent smoke breaks. Obama chided, corrected and set out moral commands—none of which the President adheres to himself.

If followed in logical succession, the contradictions embodied in the State of Union were nothing less than stunning.  Obama treated America to seventy-one minutes of lies, half-truths, poor policy proposals and revisionist history, all things the nation has come to expect from our historic president.  Even more astonishing then the job bill, student loan and “Don’t Ask Don’t Tell” propositions was the President’s incongruous statements addressing political etiquette.

Woven throughout his misleading and deluded statements Obama graduated to unprecedented heights of insincerity.   For all intents and purposes, Obama set about collecting Newports and Virginia Slims in the chamber and then left the emergency exit open where those who hesitantly relinquished cigarettes witnessed Barry toking filterless Camels.

Take for instance the absurdity of Obama calling on George W. Bush to assist the Haiti Relief Fund. In the Rose Garden and in a show of solidarity Obama portrayed a united front with his predecessor.  Yet, at the State of the Union, Obama lit up under the No Smoking sign and dragged out ole’ Georgie to serve as fall guy for year of presidential inadequacy.

In one breath, Obama appointed Bush half a presidential team to oversee Haiti relief. In the next breath, Barack depicted Bush as an inept “torturer” devoid of values, solely responsible for “… two wars, an economy rocked by a severe recession, a financial system on the verge of collapse and a government deeply in debt.”

Either Obama doesn’t recall what he says and does, or the President believes Americans lack the ability to draw a parallel between words and actions.

America should be reminded that Reverend Jeremiah Wright, an anti-Semite, racist preacher of the “Gospel” mentored Barack Obama. Barry spent twenty years at Oxymoronic University sitting under the tutelage of Right Reverend Wrong.  In the State of the Union homily Reverend Obama lectured on “peace and harmony,” then undermined the concepts in classic Trinity United Church of Christ-style.

Obama took repeated swats at Bush, the Senate, the Supreme Court and even members of Congress and then segwayed directly into chiding those who received presidential reproofs on how politicians should treat one and other.  Sorry, but one remark juxtaposed against the other reveals Obama’s state of mind borders on psychotic. Doesn’t Obama know that when teaching smoking cessation, you need to remove the nicotine patch before going out back to sneak in a couple of butts?  Overdosing on carcinogens has been proven to affect clear thinking.

For a decision upholding 1st amendment rights, the supposed Constitutional scholar openly chastised Supreme Court judges like unruly kindergarteners. Immediately following, the President steered the conversation toward righteous moralization. Barack subjected ensnared judges to “winner” statements like,  “We can’t wage a perpetual campaign where the only goal is to see who can get the most embarrassing headlines about the other side – a belief that if you lose, I win.”

“In the double bind there are two conflicting levels of communication and an injunction against commenting on the conflict.” Obama’s erratic statements are on par with a parent sending conflicting messages to schizophrenic offspring.

At the State of the Union, Obama repeatedly dragged out a bloody G.W. from behind the podium depicting Bush as irresponsible, thoughtless and negligent.  Obama strongly suggested America’s financial battle had its genesis in Bush’s, “recklessness that nearly brought down our entire economy.” Then, Obama followed up his critical statements with petitions for political unity,

Washington may think that saying anything about the other side, no matter how false, no matter how malicious, is just part of the game.  But it’s precisely such politics that has stopped either party from helping the American people.  Worse yet, it’s sowing further division among our citizens, further distrust in our government.

In the address Barack Obama also hinted at Bush’s indecency and weakness saying, “In this new decade, it’s time the American people get a government that matches their decency; that embodies their strength.” Obama implied Bush’s administration was both secretive and unaccountable saying, “…when we took that program [financial rescue program] over we made it more transparent and more accountable.” Can anyone say C-Span?

After mortifying Bush, and less than twenty-minutes later, Obama vowed to “start anew, to carry the dream forward, and to strengthen our union once more.”

Obama did not leave out of the tirade self-rewarding CEO’s, or bankers risking America’s future for what the pious president defines as “selfish gain.”  The president included lobbyists “gaming the system” and politicians, other than himself, who “tear each other down instead of lifting this country up.”

The “working to change the tone of politics” President shared that “Just saying no to everything may be good short-term politics, but it’s not leadership.  We were sent here to serve our citizens, not our ambitions.” [Ahem]. After rebuking the crowd, Obama urged the same lousy, self-serving, ruthless politicians to work with him to “show the American people that we can do it together.”

Obama spoke to “smokers” at the seminar and then borrowed a lighter, excusing himself from kicking a habit he refuses to shake. The truest statement Obama made, while fostering a State of Disunion was, “I don’t quit!”   America is choking because every time Obama speaks a duplicitous scolding follows, then the President inhales deeply and blows second-hand smoke straight into the nations’s face.