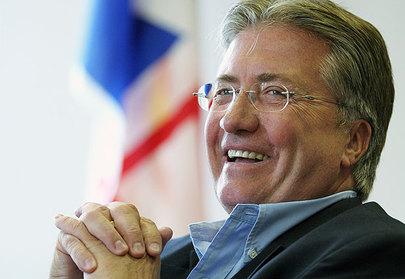 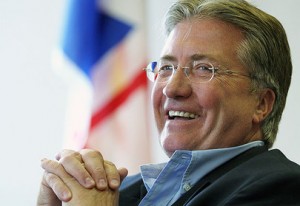 Danny Williams, esteemed premier of Newfoundland and Labrador left the Canadian health care system far behind to receive minimally invasive mitral valve heart surgery in the United States.  The people of America should send Mr. Williams a combination get well/thank you card for inadvertently divulging how politicians, regardless of country of origin, view themselves in relation to those they govern.

Newfoundland and Labrador may be considered the “Far East of the Western World, renowned for friendly people, marine wildlife and stunning seacoasts.” Of late, thanks to Danny Williams, the scenic region has also become notorious for long medical wait times and archaic cardiac surgery.

That may be why Newfoundland and Labrador’s premier chose to forgo Canada’s government Medical Care Plan, pay out of pocket, and head south of the border to place his life in an American heart surgeon’s care. Premier Williams was well “aware his trip to the United States for heart surgery earlier this month would spark outcry, but concluded personal health trumped any public fallout over the controversial decision.” In defense of Williams, Newfoundland and Labrador’s deputy premier Katy Dunderdale, said, “He’s doing what’s best for him.”

Canadian critics expressed their sentiments toward Williams’ decision. One person, in a post to the Globe and Mail website railed, “Gee, it must be nice to be able to afford to bypass Canada’s crappy health-care system and its dangerously long waiting lists for surgery. Some people are more special than others I guess?” Williams claimed the surgery he needed was unavailable in Canada and defended his choice to obtain what prisoners of public health care systems never have access to.

In an attempt to quell controversy, Williams tried to put Newfoundlanders at ease with reassuring words saying, “We do whatever we can to provide the best possible health care that we can in Newfoundland and Labrador. The Canadian health care system has a great reputation.” Which is true unless of course one is independently wealthy like Danny Williams and in need of “a very specialized piece of surgery.” In which case, going to Mount Sinai Medical Center in Miami to see cardiothoracic surgeon, Dr. Joseph Lamelas is a much better option.  In fact, entrepreneurial companies in Newfoundland sponsor medical tours to the United States for procedures like mitral valve surgery.

Consummate politicians touting socialized medicine are an interesting phenomenon because typically, when it comes to personal wellbeing, they always choose the finest private care.  Champion of the public option, Ted Kennedy did, as does the always vigorously virile Bill Clinton. When in need of emergency care, neither politician subjected their major organs to anything but the optimum attention only American doctors can provide.

In an interview with the Canadian Press, Williams said, “This was my heart, my choice and my health.  I did not sign away my right to get the best possible health care for myself when I entered politics.” Yet politicians pushing socialized health care are the ones responsible for depriving the people they govern from obtaining what they demand for themselves.

In the next few years, if Barack Obama manages to implement his sweeping vision for government run health care, Williams’ words about politicians “not signing away rights” may very well become a mantra in defense of elitists receiving care far superior to the general population. Why? Because legislative changes do not affect the powerful.   Regardless of Obama’s proposed measures, Washington’s privileged will retain a better-quality benefit package at taxpayer’s expense, while those financing the plan will be herded toward substandard care.

Mr. Williams argued he “wanted to get in, get out fast, and get back to work in a short period of time” maintaining unselfish motives as a public servant drew him to the United States for surgery. If given the opportunity, recipients of Washington Cadillac plans will likely employ Williams’ explanation to justify health care inequity by using the “banks are too big to fail” excuse.  Because like banks, American Congressmen in need of heart surgery and Senators with a diagnosis of glioblastoma, are just too big to be denied the finest medical care America has to offer.

Williams’ eloquently articulated concern about maintaining “fairness” provides Washington Democrats further cues if need be to defend exclusive dispensation.  Danny Williams stated one reason he came to America for minimally invasive heart surgery was not merely to circumvent the Canadian option of having his sternum cracked open to access his heart, but to avoid being unfairly perceived as, “jumping a line or a wait list.” Newfoundland and Labrador’s premier, while recuperating comfortably in his Sarasota, Florida condominium can rest in the knowledge that equality prevailed when he received the specialized care denied the people he governs.

After having successful surgery and in true elected official manner, the recovering mitral valve heart patient reiterated that the decision to travel to Miami for enhanced health care “did not reflect any lack of faith in his own province’s health care system.”  Premier Danny Williams said, “I have the utmost confidence in our own health care system in Newfoundland and Labrador, but we are just over half a million people.”

Williams citing the sparsely populated province’s 500 thousand inhabitants as a barrier to his ability to obtain adequate health care is a concern a nation of 300-million people should seriously consider whenever President Obama insists health reform changes nothing.

If the president gets his way, Americans needing surgery may have to follow Premier Danny Williams’ lead.  For the first time ever, those fearing death at the hands of Obama health care reform may be forced to cross the border into Mexico.