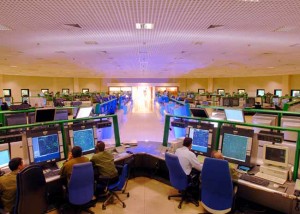 NBC New York ran an article entitled, “Child’s Play at JFK Has Adults Fuming Mad.” The editorial cites an incident at John F. Kennedy airport where an air traffic controller brought a child to work and allowed the youngster to chat with pilots awaiting departure and clearance to land.

As a result, the Federal Aviation Administration is investigating why one of the busiest airports in the nation allowed a kid to direct air traffic.   A better question would be, “Why not?”  Doesn’t the nation have an inexperienced child controlling the direction of the country?

Why are Americans suddenly “fuming mad?” Has know-how recently become mandatory to qualify for a responsible job?  After all, we elected a president to run the nation with limited experience consisting of, “Two years in the U.S. Senate. Seven years in the Illinois Senate. One loss in a primary election for the U.S. House of Representatives. One stirring keynote address at a Democratic National Convention” and, “two best-selling books.”

In total, Barack Obama’s political experience is barely surpassed by a child in an air traffic control tower being instructed what to do and say by an adult.

Sitting on the runway before the 2008 election, it was clear Barack Obama’s paper thin political résumé wasn’t enough to qualify him to direct complicated political air space without causing huge domestic and foreign policy disasters.

Instead of  awaiting takeoff until a qualified representative was doing the directing, in the ballot box the American electorate affectionately pulled the lever for “change” with a resounding, “Over to departure…awesome job.”

After the fact, America has now been reduced to a grounded Airmax 403.  In the interim, Barry parks his tricycle in a berth reserved for a 747 and sits perched in the control tower shouting orders and causing confusion.  Thus after being dictated around as if we were an Air Mexico flight, in “left position and holding,” Americans are realizing its time to scramble for the emergency exit.

Listening to excerpts from the JFK audio transcript what could be heard was the vaguely familiar voice of an immature child.  Similar to Obama at the teleprompter, the youngster articulated proper lingo, intonation and expressed industry buzz words.  But just like Barry, the small child was oblivious to the disastrous havoc the slightest slip-up could cause.

The JFK audio transcript ended with an exchange between the diminutive air traffic controller wannabe and the pilot of JetBlue 195.  The duo signed off “adios amigos,” two words that hold ramifications for America’s future based on who, in the end, utters them last.

After one year of having an inept amateur calling the shots in Washington DC’s control tower, Americans are starting to comprehend the same thing the pilot on the audio transcript realized when he said, “This is what you get guys when the kids are out of school.”