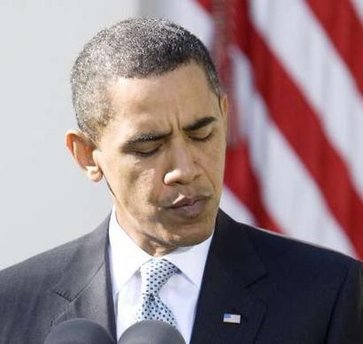 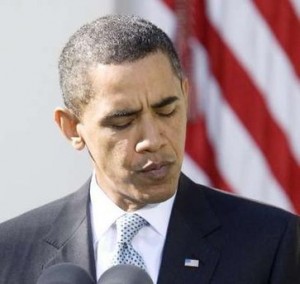 Barack Obama signed the Press Freedom Act and then refused to take questions from the press.  The President’s  actions typify the paradox the nation finds itself in with a leader at the helm in possession of a unique definition of “freedom.”

Signing the Press Freedom Act and then denying the press the right to ask questions was Obama’s nonverbal proclamation that freedom, though existent, is nonetheless limited. Thus “freedom of press” is trumped by presidential dictates and controls.

The law supposedly expands “the State Department’s annual human rights reports to include a description of press freedoms in each country.” Those freedoms, of course, do not include clarification of  a newly signed bill by an American president who feels justified denying the press rights by refusing to answer impromptu questions.

Apparently Obama gets “angry and frustrated” being  pressed for information.  Barack prefers to orchestrate the venue with controlled pre-planned responses. A White House press corps asking extemporaneous, unrehearsed questions, even about free press, international human rights or an oil spill may be liberating for media types, but isn’t a “freedom of press” ceremony really more about Obama?

As the President’s popularity diminishes “prime-time” White House news conferences have all but ceased.  Members of the media have been put on an austere diet of sound bites and restricted statements and even Obama’s angry diatribes are forced to go unaddressed.

Yet CBS News’ chief White House correspondent Chip Reid, after the Press Freedom Act was freshly signed, must have been feeling like an emancipated pressman because Chip boldly asked the President if, “he still has confidence in BP?”

Having a high opinion of the press, Barack Obama “ignored the question.”

Undeterred Reid then said, “In the interest of press freedom, would you take a couple of questions on BP?”

Chip Reid was attempting to follow up on Obama’s recent Rose Garden tirade where the President angrily reprimanded BP, Transocean and Halliburton, but failed to allot time for the press to ask questions.

According to Reid, the “will you take a couple of questions,” question “did elicit a smile” from Obama, which may have actually been a sneer. The President responded by telling the CBS correspondent he, “was free to ask questions.”  Sort of like a parent telling a child, “Chip my boy, you’re free to think anything you want, but bottom line, you’ll do what I say.”

Another perceptive voice in the crowd yelled out to the President, “Will you answer them?”  To which Obama responded that he was “not holding a press conference today.”

Summary: Free press doesn’t necessarily mean the press has freedom other than that which is granted by Barack Obama.

And so the White House press corps, a few minutes after being defined by the President as “free,” were “wrangled” like a herd of buffalo and promptly “escorted out the door.”