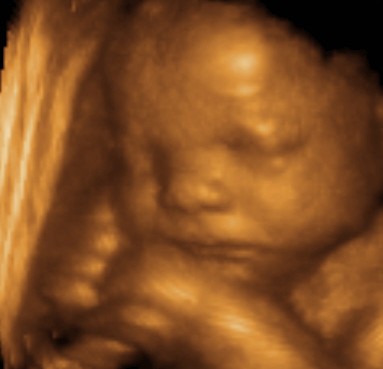 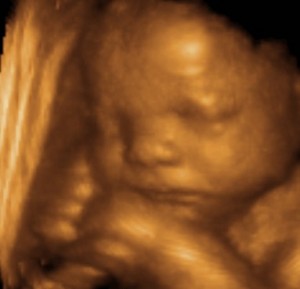 Hugging cherubic children  to win elections used to be the norm, but not any more. Apparently, fewer babies mean a greater number of votes for certain politicians.  In fact, Governor Charlie Crist hoped to secure an open U.S. Senate seat in Florida by removing pro-life sentiments from his campaign website.

Newly minted Independent Charlie Crist has faith to believe that aborted babies could be the ticket that delivers him a hotly contested senate seat over conservative Republican rival Marco Rubio and Democrat Kendrick Meek.

Although conveniently pro-life for over a decade, Crist took down the sanctity of life section from his webpage.  By doing so, Charlie sent a message of non-support for a controversial Florida bill that wants to provide the opportunity for women to see an ultrasound of their baby before deciding in favor of abortion.

Typically, an ultrasound is done to determine the position of a fetus before injecting the baby with saline or systematically dismembering it.  Although a similar bill was recently passed in Oklahoma, usually women do not see the image before undergoing the procedure.  Florida bill HB 1143 includes a viewing decision. Therefore, prior to the execution women can choose whether or not to observe a flawless human being, condemned to die, while still in utero.

Crist threatened to veto the bill because he said, “On two fronts it disturbs me. That you would force a woman to go through this procedure . . . almost seems mean-spirited. To have your government impose on you, listen to a lecture, then on top of that, you have to pay for it.”

What Crist failed to mention was that section 390.0111 of HB 1143, line 512 states: “The woman has a right to decline to view the ultrasound images after she is informed of her right and offered an opportunity to view them.”

Besides, how can women, exercising freedom of choice, be forced into anything?  Moreover, if the force issue is true, the question arises: If pictures have the power to push women out of abortion clinics, could societal coercion bully women towards them?

Sporadic pro-lifer Crist doesn’t seem to have a problem imposing abortion’s monetary cost on pro-life taxpayers.  Yet, the governor gets extremely perturbed at the thought of a bill that provides women with an image, to make an informed decision that might prevent the abortion Crist believes taxpayers should be “forced” to pay.

If it’s about choice, shouldn’t not having an abortion also be a choice?

The senate hopeful feels viewing an ultrasound image of an unborn child is “mean-spirited?”   Does Mr. Crist believe kindness is demonstrated by burning and flushing a defenseless fetus from a womb? Charlie’s pro-abortion position gives new insight into the odd spelling of the governor’s surname, which explains why the “h” in Crist is nowhere to be found.

Former Republican, ex-pro-life advocate Charlie Crist must want that senate seat so badly he is willing to abandon both conviction and conscience. Governor Crist stands ready to fight for the right to keep the image of a baby, peacefully curled in the fetal position inside the womb, from its mother eyes, heart and conscience. A picture so truthful it possesses the power to change minds and deter ignorant choices.

One must remember, dead babies aside, it’s the ignorant choices that are encouraged by frauds like Charlie Crist.  Uninformed voters hold immense promise in elections for politicians that support life when convenient, but who willingly place innocent infants on the altar of abortion, exchanging live offerings for votes bought with blood.