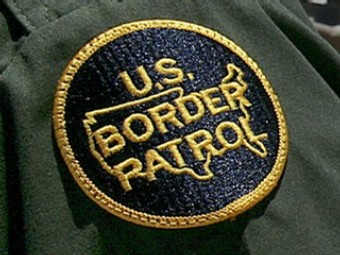 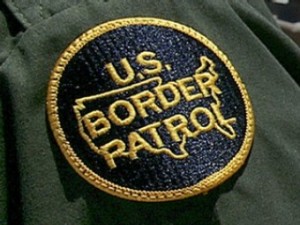 No one wants to see a person shot and killed let alone a 15-year-old child.  However, Sergio Adrian Hernandez Huereka, would not be prematurely occupying a gray, metal casket if he hadn’t tried to cross the border from Mexico into the U.S. and wasn’t part and party to throwing boulders at border patrol officers near El Paso, Texas.

Huereka was allegedly attempting to enter the United States with a group of rowdy youths when U.S. officers, riding bicycles, “were assaulted with rocks.”   Under attack, “at least one agent discharged his firearm,” hitting Sergio in the head and killing the boy.

The shooting took place “beneath a railroad bridge linking Mexico with the United States.”  Subsequent to the shooting, a large banner was unfurled from the overpass reading, “U.S. Border Patrol we worry about the violence in Mex [sic] and murders and now you. Viva Mexico!”

In a two-room adobe in Juarez, the dead teenager’s sister cried “Damn them! Damn them!” Rather than condemn the obvious danger of illegal activity, Huereka’s family cursed the agents for protecting themselves from being “assaulted with rocks” and buried alive under “a barrage of big stones.”

In response to the boy’s death the family called for “justice.”  Sergio’s father, Jesus Hernandez said “They killed my little boy and the only thing I ask is for the law to be applied.” Law, what law?

A few weeks ago, another illegal immigrant died from a stun gun shock at the San Ysidro border between San Diego and Tijuana. Instead of encouraging Mexican citizens to abide by U.S. immigration law, Mexican President Felipe Calderon indignantly responded by pledging his government will “use all resources available to protect the rights of Mexican migrants.”

Sergio Adrian Hernandez was eulogized as a soccer playing, junior high graduate with high grades and exceptional behavior.  The deceased boy’s sister claimed Hernandez- Huereka was shot after visiting with his older brother who works at the border customs office. Afterwards, Sergio supposedly met up with friends and hung out by the river.  His grieving family said, “That was his mistake, to have gone to the river that is why they killed him.”

It is hard to believe border patrol agents were mistakenly caught in the middle of boyish frivolity in the form of pelting police officers with boulders.  Agents instructed the rock throwers to cease and “back off,” but the cascade persisted.  According to T.J. Bonner, president of the union representing Border Patrol agents, assaulting a border agent with stones is considered “a deadly force encounter, one that justifies the use of deadly force.”

Via Felipe Calderon, the Mexican government “reiterated its rejection of the disproportionate use of force on the part of U.S. authorities.” Mexico’s president forgot to mention the disproportionate number of migrants, crossing over illegally into the United States and how those actions impact the lives and sovereign rights of the American people.

According to Mexico’s Foreign Relations Department, in 2008 five Mexicans were killed or wounded by immigration authorities.  In 2009 that number rose to 12 and climbed all the way to 17 in 2010.  The fact that 850,000 illegal immigrants, including drug traffickers, gun runners and violent criminals, sneak across the border into the United States every year means only 0.002% have been physically harmed by law enforcement officials.

Based on statistics that point toward Border Patrol’s tendency to under react, it’s hard to believe border agents shot Sergio Adrian Hernandez Huereka because he was playfully kicking pebbles around in a border riverbed after sharing lunch with some friends.

UPDATE: Boy shot on the border had numerous smuggling arrests.