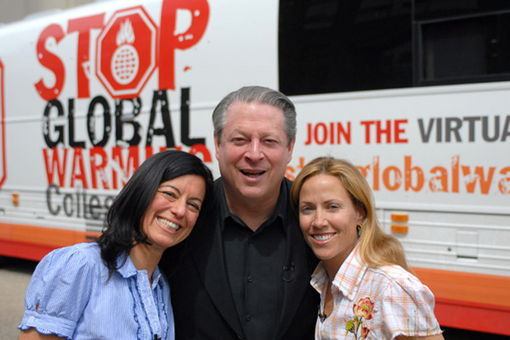 Big Al, soft in the middle now has a hard life.   Always looking for a photo opportunity Al is now in need of a shot of redemption.

Al Gore is destined for the cartoon graveyard, digging bones like a dog in the moonlight.

Has Al Gore found a brand new pal?  And if he has, does Laurie call him Al?

Al must have a short little attention span.  Or could it be that while out on an environmental road show nights were so long and lonely?   Where were Tipper and Larry David? 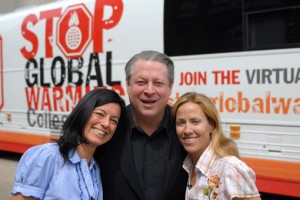 Guess Lauri David was Al’s companion on those nights.   Now Mr. Global Warming is being warmed by an environmental freak show, Laurie David. All America now ask, “Who’ll be my role-model?”  And the answer is, Sure-ain’t-Al.

Al was supposed to be talking about melting icebergs when, “He ducked back down the alley with some roly-poly little bat-faced girl.”  Remember,  “There were hints and allegations.”

Al may need a bodyguard, because he’s got a brand new pal…He may call her Laurie and Laurie when she calls him, calls him Al, calls him Al!

Al is a foreign man surrounded by the sound of nelting icebergs.  The sound  of prattle and of “Inconvenient Lies.”

He looks at his bloated image in a glass pane window. Al tries to Curb His Enthusiasm, but can only say “Amen! and Hallelujah!”