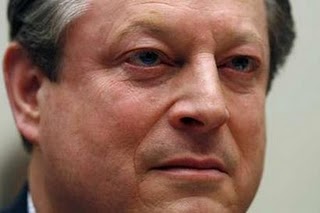 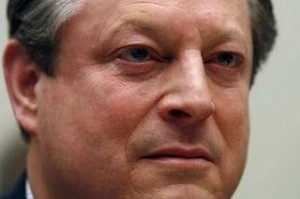 Weeks after the accusation that Al Gore allegedly forced himself upon an innocent service provider in a Portland, Oregon hotel room there is yet to be an outcry from feminist groups in support of defenseless women forced to physically fight off influential male aggressors.

Massage therapist Molly Hagerty has emerged from the shadows and “bravely gone public” with her story of being terrorized by a powerful politician in search of someone to “release his second Chakra.” Molly claims the ex-Vice President is, “a pervert and a sexual predator…He’s not what people think he is – he’s a sick man!”

Over the years, there have been many examples of feminists speaking on behalf of oppressed, abused and harassed women. However, so far vocal feminists haven’t uttered one word in Molly-the-masseuse’s defense. What’s the problem?

According to Ms. Hagerty, she allegedly was groped by Mr. Global Warming.  According to the licensed massage therapist caught unaware, Big Al started the attempted seduction with a drunken bear hug followed by lewd innuendo and forceful sexual contact.  According to official police records Gore pushed the woman onto a bed, crushing and kissing her abruptly.  If there is any doubt, Molly has black pants in a Zip Loc bag to prove it.

My personal interaction with duplicitous feminists began years ago at work.  The first clue manifested when a gender-equity-weekend-activist recruited female underlings to serve as personal coffee baristas during the workweek.  Having not yet completed my education, I was often beckoned to a subservient position and asked to do menial tasks for the grand dame of female equity.

When Anita Hill accused Clarence Thomas of sexual harassment I was working in academia.  It didn’t take long to realize educated feminists view women without advanced degrees as undeserving of being included in the infringed-rights group.

During the Clarence Thomas/Anita Hill hearings I arrived to work one day to find a prominent liberal feminist trembling with revulsion over Clarence Thomas’s alleged mistreatment of Anita, which had supposedly taken place 10 years prior to the accusation.

Standing beside my desk, tightly gripping a yellow legal pad in anticipation of my servile self was a professor/feminist.  The woman assumed by reason of gender that I would automatically concur, and announced “I am crafting a group letter to Anita Hill, which will include signatures of indebted women thanking Ms. Hill for her bravery in stepping forward to expose Clarence Thomas’ disgusting display of sexual harassment.  I need you to type a draft and afterwards I know you will sign.”

My reaction was palpable.  There was no need for words.  I stared directly into two cruelty-free mascara-adorned eyes and without uttering a single word conveyed the following message: “Ahhh, I don’t think so.”

Gasping and clutching her pad close to her chest, the feminist in search of a servant replied “Oh my. Well…what are you saying?  Are you saying you don’t agree?”  I said “Absolutely correct!”  At a loss for words as well as a slavish typist, one shocked Anita Hill supporter said, “So you mean you won’t type it?”  I promptly retorted, “Also correct.”

Feminists reacted with shocked indignation over the alleged treatment of Anita Hill, a sister with a prestigious Juris Doctor from Yale Law School.  Molly Hagerty has a degree in Liberal Studies from Portland State University and a professional diploma from Oregon School of Massage, which might explain tepid feminist reaction to a service provider toting a collapsible massage table daring to make an accusation against a liberal icon.

On the feminist scale of offensive behavior, a liberal man groping a masseuse just doesn’t carry the same level of transgression as a conservative judge insulting a female law professor.

Like liberal women, liberal men also tend to extend broad deference to Anita Hill types.  It appears that while attending global warming conferences or environmental colloquiums Al Gore conducted himself like a gentleman and a scholar.  However, back at the hotel, amorous “Call me Al” allegedly felt comfortable enough to be predatory toward a helpless woman who the left could readily relegate to the disposable “trailer park trash” pile along with Paula Jones and Juanita Broderick.

On the left, liberal coupled with the word male connotes unquestioning support for the feminist agenda. Unlike conservative troglodyte-oppressors, the left’s political fraternity proudly touts meninist-politicians renowned in feminist circles as above sexual harassment reproach.  Liberal men are esteemed as partners with enlightened females co-laboring for the advancement of the feminist cause.

Based on indifferent reaction from feminist circles it appears as long as naughty boys are liberal, women on the left are not offended by raunchy male conduct.  Could it be that liberal ladies find it easy to overlook attempted rape and sexual harassment charges if the male aggressor is pro-choice and promises to save the planet?

I may be out of the loop, but since Anita Hill attempted to use unproven Coke can stories as a weapon to destroy Clarence Thomas, another “You go girl” group letter has never crossed my path. To the best of my knowledge, the same feminist entourage who eagerly lambasted Judge Thomas and jumped to the defense of Ms. Hill felt little need to communicate with a laundry list of women accusing the perpetually-randy Bill Clinton of everything from indecent exposure to rape.

Unless I missed something, I don’t recall receiving an email blast announcing a Women’s Studies project that included sending a letter of commiseration to the spurned wife of John Edwards who, while Johnny cavorted in hotel rooms with a videographer, suffered alone from advanced terminal cancer.

However, all is not lost because American feminists now have a spanking new opportunity to extend sympathies to an oppressed member of the sisterhood.  In fact, although I no longer serve as a personal handmaiden on call for liberal java urges, I have decided to voluntarily step forward to do what I had declined doing many years ago:  Type a letter.

Progressive feminists are welcome to add supportive signatures to a communiqué similar to the one sent almost 20 years ago lauding the heroic Anita Hill.  The only difference is the current correspondence will be addressed to a masseuse from Portland, Oregon named Molly Hagerty.  The content of the letter will offer feminists concerned about women’s issues the opportunity to thank Molly for bravery and courage in exposing the adductor muscle massage-craving, “crazed sex poodle,” male feminist and staunch ally of both mothers and nature, Al Gore.