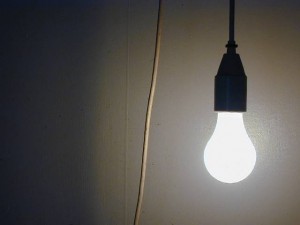 By way of Barack Obama the government is campaigning to convince 300 million Americans, give or take a few million, that bureaucrats are able to administrate, oversee and direct health care reform.    What Barry fails to mention while extracting support from mindless drones is that fraud and abuse pervade every molecule of anything within 500 feet of government.

Recently it was revealed that the federally financed, $5 billion a year, Low Income Home Energy Assistance Program (LIHEAP) granted tax-payer funds from the Department of Health and Human Services (HHS) to dead people, prisoners, and postal workers. LIHEAP is another benevolent program operating under HHS, which also oversees programs like Medicare and Medicaid.

However, instead of medical care, LIHEAP provides money to those who can’t afford to pay heating, lighting and electric bills. Good thing, because everyone knows dead people are in dire need of energy, and air conditioning is imperative for corpses to remain inoffensive.

Recently, the Government Accounting Office, better known as the GAO, conducted a study and audited “the risk of fraud and abuse in LIHEAP in certain states [for] fraudulent, improper, and abusive activity [as well as] key weaknesses in the design of LIHEAP’s internal controls framework.” In all seven states selected for review, improper payments were found in – you guessed it – all seven states.

Fraud and improper payments included everything from “invalid identity information” to benign offenses like “typographical errors.”  However, when it comes to health care reform nothing is benign. A clerk making a typo for a person seeking medical advice for the “shivers” could result in a person with the chills accidentally losing a “liver.”

Besides financing refrigeration for the dead, LIHEAP also provided double benefits to individuals in Michigan, Maryland and Virginia.  Duplicate errors on the part of government health care providers makes HHS access to kidneys, lungs and anything else people need two of a precarious threat to human survival.

The GAO also found 1,100 federal employees that fraudulently received and pocketed monies totaling $671,000.  Federal employees of the same ilk as the ones who will be swabbing throats and administering sigmoidoscopies once health care reform is enacted.

“One such case involved a Chicago-area Postal Service employee making $80,000 per year…[who]…claimed … she had no income.”  However, when pressed the woman admitted that although not entitled to benefits, “Times are tough and I needed the money.” The $80K postal worker also said that she saw “long lines” and wanted some “free money.” Can anyone say, “Obama’s going to pay the mortgageand gas up the car?”

Federal workers too dense or, worse yet, downright felonious meting out health care decisions can be likened to America submitting to emergency brain surgery administered by a first-grader with a Sawzall®.

The threat posed by HHS bureaucrats wresting the world’s finest health care from the private sector cannot be over emphasized.   A government agency that couldn’t properly identify 2,000 individuals working for the government, or identify less than 1,000 prisoners supported by taxpayer funds, is going to ably manage the well being of 300 million people?

Inevitably, government management of health care will be responsible for many tragic missteps, so many in fact that LIHEAP wasting $40 million dollars will be viewed as an enviable and efficient record. So as Nancy, Harry and Barry scrub up for national open-heart surgery, America can rest in the knowledge that after we die at least we get a check.