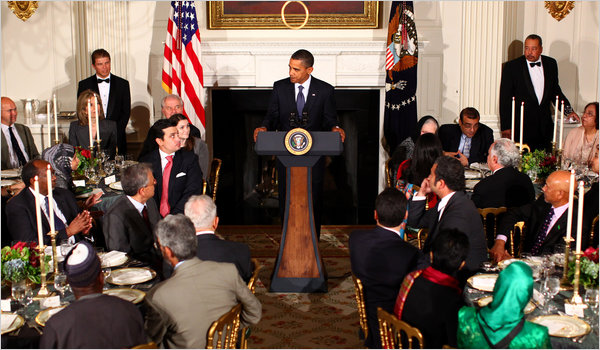 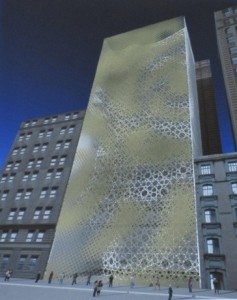 Self-professed but yet-to-practice Christian Barack Obama and his family do not attend church services in DC for fear of disrupting a prayerful congregation.   In an effort to “reach out to other faiths,” the iconoclast Obamas prefer to celebrate “non-religious Christmas [es].”  Last year, the President and First Lady even requested the Nativity scene be removed from the East Room of the White House – a request that, thankfully, was overridden by long held tradition.

Reaching out to other faiths appears to be defined by Barack Hussein Obama as holding Easter egg rolls that focus on frivolity, while excluding mention of the resurrection of Jesus Christ.  Apparently, Obama’s idea of religious inclusiveness requires warmly hosting openly Islamic events in the White House, while proudly proclaiming that America is no longer “a Christian nation” and blatantly disrespecting Israel’s Jewish Prime Minister.

It appears Obama has a previous commitment whenever time-honored prayers are involved.  To Chicago on Memorial Day instead of the prayerful wreath-laying ceremony at Arlington Cemetery, but back to DC in time to honor Paul McCartney.  The reason why is “Known but to God.”  On the 100th Anniversary of the “Duty to God” Boy Scouts, Obama is on “The View” paying homage to himself.

Yet, last year Obama, shunner of religious tradition, in honor of breaking the Ramadan fast hosted an Iftar Dinner in the White House State Room, compliments of the American taxpayer

The “inclusive” President, desirous of downplaying Christmas, made the following opening statements at 2009’s Ramadan Iftar Dinner: “And most of all, I want to welcome all the American Muslims from many walks of life who are here.  This is just one part of our effort to celebrate Ramadan, and continues a long tradition of hosting Iftars here at the White House.”

By “long tradition of hosting Iftars,” Obama was referring to the genuinely inclusive supporter of the National Day of Prayer, George W. Bush, hosting a Ramadan event during his tenure.

Obama, who has yet to show a modicum of respect to this nation’s Judeo-Christian heritage, continually lauds Islam. This year, the observant Barack Hussein once again plans to use the people’s house to accommodate the traditional Muslim meal where Islam’s faithful break fast in the evening.

In a statement issued prior to the 2010 Iftar celebration, the President verbally celebrated Muslim rituals that “remind us of the principles that we hold in common, and Islam’s role in advancing justice, progress, tolerance, and the dignity of all human beings.”

In between vacation stopovers, someone must have alerted Obama to the fact that polls show 70% of Americans disagree with the plan to build a mosque near the site of the 9-11 terrorist attack. Iftar celebrant, Barack Obama felt compelled to address the mosque uproar on the night of a Ramadan dinner at the White House

True to form, the President officially sided against the will of the America people and “forcefully endorsed building a mosque near ground zero, saying the country’s founding principles demanded no less.” What divisive affront will Barack Obama sanction next, building a monument to Volkswagen at Dachau?