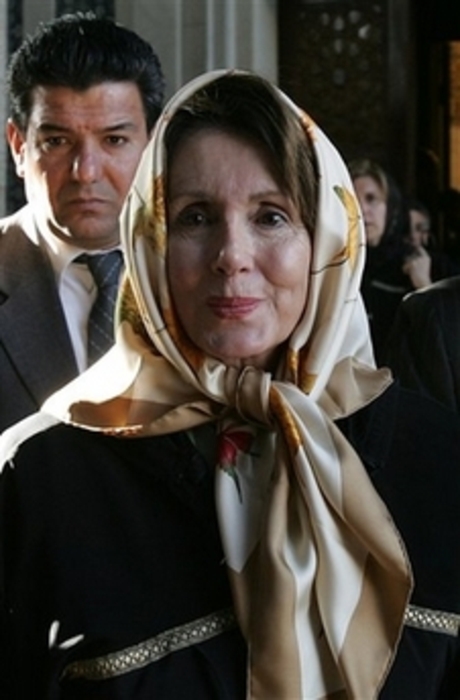 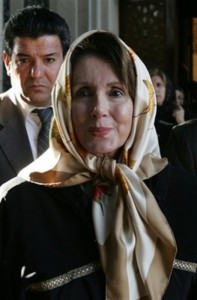 Yet again, San Francisco scion Nancy Pelosi is speaking on behalf of American values. Nancy the Democrat Speaker of the House openly challenged those protesting the Cordoba House Project by questioning the source of opposition funding.

Religious advocate Nancy Pelosi is a woman whose policy decisions are guided by the Word of God, i.e. the Bible. Nancy, waxing spiritual, once said the Word, as in The Word, is her favorite word.  Nancy also said that, in order to “keep with the values” of the Word, “we have to give voice to what that means in terms of public policy.”  How does Nancy propose we do that?  Why, just “Fill it in with anything you want. But, of course, we know it means: ‘The Word was made flesh and dwelt amongst us’.”

“Public policy” and “fill it in with anything you want?” That explains Nancy dropping “not” from “Thou shalt not kill.” Pelosi’s policy, if enacted at the time, would have supported Nazareth’s most famous unwed mother exercising her freedom of choice on the “Word” while He was in the process of becoming flesh.

Two thousand years later, America is presently embroiled in another religious controversy as to whether it’s good judgment for a mosque to be erected in close proximity to the 9/11 massacre. Nancy has stepped forward to shed light on fairness, Constitutional integrity and, as always, religious freedom.

Pious Nancy doesn’t feel it’s necessary to question the funding for a $100 million dollar mosque in lower Manhattan.  Nor does the Speaker question Imam Faisel Abdul Rauf, Cordoba mosque director, who “has refused to disclose the source of funding for the mosque and once suggested in a television interview that U.S. policies contributed to the 9/11 attacks.”  Instead, Pelosi chooses to focus on opposition funding.

Nancy treats the Constitution the same way she interprets the Bible, “filling in” as she goes along. The Speaker supposedly supports freedom of religion, but does so while denying freedom of speech.  Nancy endorses Islam’s religious freedom to erect a mosque, but questions the right to voice disapproval against the location of that mosque.

Yet one must admit, Nancy’s question is a compelling one.  Where is the phantom “funding” for the mosque resistance flowing from?  Who is paying for the magic markers and supplying the poster board for signs that say: “Don’t Dishonor my Son’s Grave?”  Finding the underlying anti-freedom-of-religion money may require a special investigation spearheaded by Nancy Pelosi, the liberal leader of a party working to eradicate every hint of offensive Judeo-Christian heritage from public life.

Nancy may be onto something. Let’s face it, “opposition funding” could very well be coming from the compensation the 9/11 families received for the loss of loved ones who were soaked in jet fuel, incinerated and crushed by millions of pounds of burning steel. It may take someone of Nancy’s political clout to convince mosque supporter Barack Obama to consider opening an inquiry into what the surviving families may be doing with their remaining monetary damages.

According to the Pelosi pick-and-choose interpretation of First Amendment rights and in the name of freedom of religion, the dissenters of the proposal to construct a 15-storey mosque over the unmarked graves of loved ones murdered in the name of Allah must be silenced