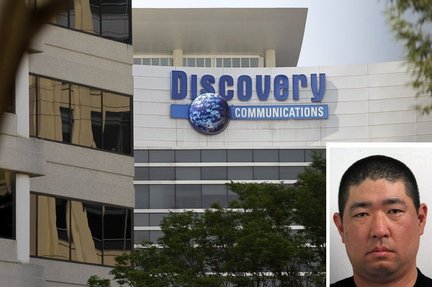 Every once in awhile a bonafide nut case makes an appearance on the scene and succinctly articulates what liberals intrinsically accept as true.  At the center of a recent hostage crisis radical environmentalist James Lee, although unhinged, embodied the true spirit of liberal ideology.

If the staid mask were removed from the contingency of liberals presently in charge of the nation, Americans would be shocked to see a saner version of James Lee, but nonetheless just as dangerous.

Lee admitted that the inspiration to shoot up the NBC/Discovery Channel came from the always debonair, immensely respected environmental icon and planetary preacher ex-vice president Al Gore’s film “An Inconvenient Truth.” Lee’s muse recently instigated the lunatic fringe by saying that the climate crisis “is still growing because we are continuing to dump 90 million tons of global-warming pollution every 24 hours into the atmosphere — as if it were an open sewer.”

In addition to the obvious “big three,” Lee hit upon familiar liberal themes such as demanding the Discovery Channel help “correct and dismantle the dangerous US world economy,” focus on anti-capitalist and Darwinian theory, and above all do away with any mention of what Lee called “disgusting religious cultural roots and greed.” Religious faith and individual success are two notions liberals, through legislation not guns, are attempting to eradicate via secular-socialist policy.

Lee suggested “forums of leading scientists who understand and agree with the Malthus-Darwin science and the problem of human overpopulation.”  Malthus believed if need be population growth could be curtailed by “resorting to reduced health care, tolerating vicious social diseases or impoverished living conditions, warfare, or even infanticide.”

To discuss the link between over population and pollution, Lee’s proposed forum would welcome scientists such as John Holdren, Obama’s Director of the Office of Science and Technology Policy.  In Holdren’s book Ecoscience, co-authored with Malthus aficionados Paula and Anne Ehrlich, Holdren exhibits zero regard for ethical consequences and makes “how to limit human population” central to the discussion. “Leading scientist” Holdren is so committed to limiting reproduction that the Obama Science Czar even suggests forced sterilization, adding sterilants to drinking water and the food supply, or possibly enforcing government “implantation of contraceptive[s].”

James Lee’s rant hit upon many topics but centered mostly on what the madman coined as “parasitic babies.” Quite a shocking term, but then again isn’t our esteemed Secretary of State Hillary Clinton in “awe” of the pioneer of “parasitic baby” disposal, eugenicist and Planned Parenthood founder Margaret Sanger?  Didn’t America’s former First Lady proudly accept the Margaret Sanger Award?

The third group [of society] are those irresponsible and reckless ones having little regard for the consequences of their acts, or whose religious scruples prevent their exercising control over their numbers. Many of this group are diseased, feeble-minded, and are of the pauper element dependent upon the normal and fit members of society for their support. There is no doubt in the minds of all thinking people that the procreation of this group should be stopped.

In full concurrence with both Hillary Clinton and Margaret Sanger, the late James Lee’s manifesto recommended the following:

All programs on Discovery Health-TLC must stop encouraging the birth of any more parasitic human infants and the false heroics behind those actions. In those programs’ places, programs encouraging human sterilization and infertility must be pushed. All former pro-birth programs must now push in the direction of stopping human birth, not encouraging it.

Based on Hillary’s lauding comments concerning Sanger, James Lee and the occasionally more coherent Clinton are on the same eugenic page.  Take the crazy mask off James Lee and what do you find?  None other than a liberal woman in an aquamarine pantsuit, respectably touting the same leftist ideology as a lunatic in a baseball cap.

James Lee also included in his raging Discovery Channel demands an opinion on war and military technology.  Lee recommended “All programs promoting war and [war] technology … must cease.” The guy pointing a gun at a hostage suggested “solutions to solving global military mechanized conflict… instead of just repeating the same old wars with newer weapons.”  Lee’s opinion was in accord with Obama’s view on war and disarmament and an unrestricted pacifist “solution” called negotiating with dictators.

Wasn’t it candidate Barack Obama who promised to end “misguided defense policies” and “slow our development of future combat systems?” Then, after being elected, wasn’t it Obama who proceeded to sign a nuclear arms reduction pact with Russia?

James Lee would surely agree with the President’s inspirational disarmament exhortation that reminds those who believe in a strong military presence that “There is violence and injustice in our world that must be confronted.  We must confront it not by splitting apart, but by standing together, as free people.”

In between raving about liberal mainstays like “stopping the human race from breeding…disgusting human babies,” attacking oil and deriding capitalism, defined by Lee as a “disastrous Ponzi-Casino economy,” Lee expounded on the same tigers Obama’s daughter Malia supposedly begs her father to save.

The pervading thread throughout the whole invective was a guttural cry on behalf of a dying planet. Lee appealed to the Discovery Channel to lead the way in finding “solutions for global warming, automotive pollution, international trade, factory pollution and the whole blasted human economy.”

President Obama maintains, “If the international community does not act swiftly to deal with climate change that we risk consigning future generations to an irreversible catastrophe. The security and stability of each nation and all peoples—our prosperity, our health, and our safety—are in jeopardy…And the time we have to reverse this tide is running out.”

In essence, President Obama concurs with a “crazed eco-terrorist.” James Lee’s left-wing agenda and determination to force the Discovery Channel to indoctrinate the masses just shows that the hostage-taker wasn’t tuning in to the right cable station.  It’s too late now, but over at MSNBC Lee would have found out that liberal allies in the Democrat Party are diligently committed to bring to pass a world vision that even a dead gunman could have heartily endorsed.