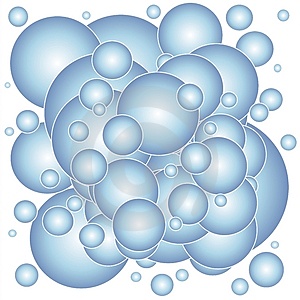 Bono told us just forty cents could buy one AIDS patient a day’s worth of medicine. Now Americans who wait patiently for Obama’s stimulus to curb unemployment come to find out $823,000 job-generating dollars were spent to instruct African men on AIDS prevention by way of the fine art of personal hygiene.

The National Institute of Mental Health (NIMH) was granted almost one million dollars of American tax money to fund a UCLA “research team to teach uncircumcised African men how to wash their genitals after having sex.” The program name: “The Community-Based HIV VCT: South Africa.”

Hey America, you thought spending stimulus funds for solar panels on an ice rink was bad? Are we now being asked to accept mental health, intimate cleanliness and South Africa together with soap, water and high school health teachers as job creation?

Set to end in 2011, the sponging-down segment of the research is an entrée into a larger study. If the uncircumcised men take to the regimen and are “willing to do so after the study ends…the researchers will develop another study to see if the ‘penile cleansing procedure’ actually worked to prevent HIV infections.”

It’s comforting to know that in a time of never-ending financial downturn, Barack Obama felt the need to bestow American tax dollars on the worthy cause of supplying brown soap and Gold Bond powder to randy South African men.

In 2009 Obama assured the nation that the “$800 billion plan to lift the country out of a yearlong recession would create or save 3 million jobs,” with some estimates indicating “that number would range between 3 million and 4 million.”  Fast-forward almost two years and the U.S. economy is teetering on the precipice of both double-dip recession and double-digit unemployment and what do we find out happened with some of the money?  Well, it appears as if the Obama administration felt moved to invest in training African men how to wash up after sex.

Even more amazing is the revelation that the stimulus money may be wasted.   While UCLA obsesses over teaching soaping skills to uncircumcised men, there are differing opinions on the subject. According to a New York Times article that ran in 2007 entitled “Washing After Sex May Raise HIV Risk,” a Ugandan study found that washing “minutes after sex increased the risk of acquiring HIV in uncircumcised men.” The article also claimed washing after sex is a common practice in Africa where the taxpayer-funded tutorial is presently taking place.

If the New York Times article is correct, the U.S. government is actually overseeing an $800,000 humanitarian effort to teach South African men a hygiene observance that most already practice and worse yet, prompt post-sex scrubbing may prove to be a contributor to the spread of HIV/AIDS.

But then again, transmitting HIV/AIDS could end up benefiting the UCLA study group.  If washing after sex causes AIDS to increase in Orange Farm, South Africa, the study’s lead investigator Dr. Thomas J. Coates can request additional stimulus funds.  Surely the government will agree to finance the second half of the penile hygiene study, which will reveal the initial $800,000 spread the disease and provided AIDS activist and U2 front man Bono stimulus-funded casualties for the next series of Forty Cents a Day public service announcements.