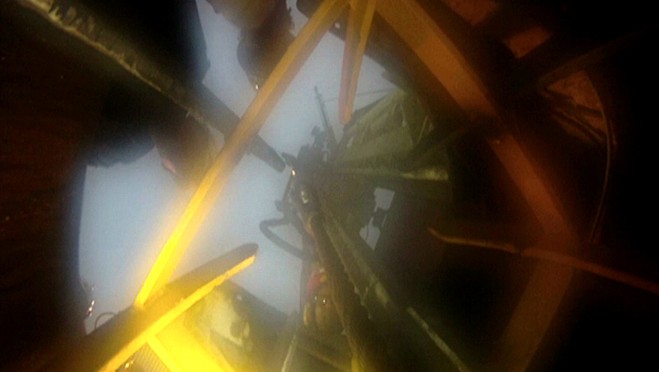 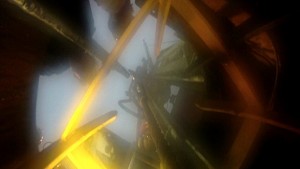 America has a unique opportunity to garner hope from Chile. Five thousand miles away at San Jose Mine in the northern town of  Copiapo, hopelessness gave birth to miracles and that which seemed desperate instead gave to life determination, and indomitable trust in God.

It was in Copiapo that a gold and copper mine collapsed as Chilean miners gathered before lunch.  The collapse buried 33 men in the bowels of the earth for 69 days under 700,000 tons of rock.

In the midst of the ordeal while still trapped a half mile below the earth’s surface, the group’s leader,Luis Urzua, described the event by phone to Chilean President Sebastian Pinera in the following way:

It was frightening. We felt like the mountain was coming down on us, without knowing what happened. Thanks to God, we still hadn’t gathered together to go out to have lunch. … At 20 minutes before 2 (their usual lunch hour), the mountain came down on top of us.

For about four or five hours, we couldn’t see a thing. After that we saw that we were trapped by an enormous rock that filled the entire passage of the tunnel.

Instead of panicking the resourceful miners rationed 2 days worth of emergency provisions to last 17 days, after which contact was finally made with rescue teams above.  After it was determined that the miners were miraculously still alive, rescuers bore a 6-inch hole from the surface into the crypt. For the next 52 days the half-foot wide life line delivered provisions and fresh air to those waiting patiently to be released from beneath a mountain of rock.

Seventy long and harrowing days after the collapse, the world witnessed the human spirit of survival as, one-by-one, the trapped miners were hoisted to the surface from the depths of darkness and death into light and life.  Although for more than two months the miners were wholly reliant on aid from the outside world, the levelheaded three-dozen did whatever was necessary to maintain both physical health and psychological sanity.

It is hard to deny that the sight of the smiling miners emerging from the cylindrical cage was anything but exhilarating.  In fact, the awe-inspiring sight of triumph over potential tragedy provided a lesson applicable to America’s present political predicament. The Chilean miracle demonstrated to a nation under siege that, regardless of how inescapable circumstances appear, where there is life there is hope.

America’s trial began when Barack Obama promoted himself as the provider of free sandwiches and unlimited Kool-aid. At that time, most Americans, like industrious Chilean miners, were still gainfully employed.  Distracted by rhetoric, the country took a lunch break.  Americans unfurled a red-and-white checkered tablecloth on the National Mall and prepared for hope-and-change-style merrymaking to usher in a new day.  For many, the election of 2008 promised the dawning of a government era on par with a subsidized national picnic.

What followed was unexpected.  Instead of complimentary rations, when the confetti was swept away the America realized that the nation was trapped beneath a mountain of debt.  Immobilized by a restrictive health care reform bill and bound to a liberal President picnickers were sentenced to a discouraging future, scarce on rations and deficient in self-sufficiency and independence.

Rather than digging a lifeline, the Democrat majority together with the new President sealed the way of escape and ensnared America “2,200 feet below the surface” underneath an impenetrable boulder of liberal policy.

The Chilean miners conserved food and light and never lost hope.  Confined in a small space, huddled together the prisoners unwearyingly waited, bided time, played cards, sang songs, exercised and kept an eye on the prize.  Though trapped, the miners never despaired.   The group maintained sanity by sticking together and corporately encouraging one another in anticipation of a day when light would stream into a gloomy place and guide the courageous toward freedom.

Likewise, Americans heard the rumble and felt the quake, and now polls predict the nation is assessing the situation and planning an electoral escape route. Ironically, Democrats are about to be buried by a political avalanche on Election Day let loose by resilient Americans known to embody the same type of resilience on display in Copiapo, Chile.

With the November election days away, America realizes that the powerful in Washington DC are concerned only with political futures, careers and reputations, and unconcerned with the voice of those weighed down by oppressive government and liberty-limiting liberalism.   As a result, gritty Americans, resolute in the quest to break free from the confines of tyranny, will transform bleak circumstances into opportunity as historic numbers turn out for the November election.

Thus, on Election Day an initial lifeline will be drilled, not by government officials but by the American electorate.  The mid-term election will funnel fresh air, daylight and nourishment back into a nation and will ensure a fragile independence is preserved at least until the next voting cycle.

Nevertheless, deliverance will not be realized until 2012 when the voting booth becomes America’s political Phoenix.  On that day, paralleling the slow methodical process that lifted all the Chilean miners to freedom, Americans one-by-one will cast a vote. Like the 33 liberated heroes of Copiapo, America too will be lifted from a position of vulnerability and escape the progressive policies of Barack Obama, a President that came dangerously close to burying America alive.