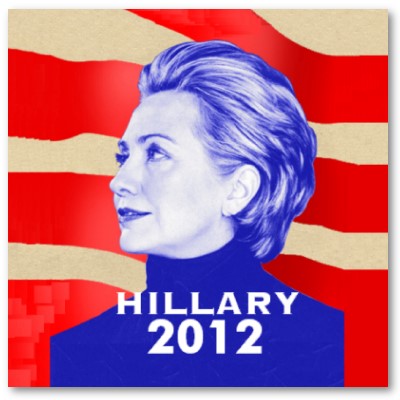 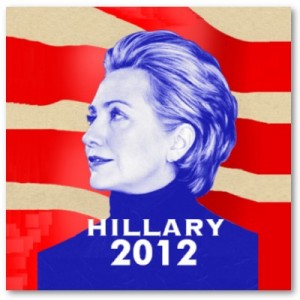 Fortuitously, Hillary Clinton, aka the “smartest woman in the world,” as Secretary of State is banned from participating in political activity during the midterm elections.  Not to worry, Madam Secretary’s husband, better known as “Don’t Stop Thinking about Tomorrow” Bill, is busily working the campaign circuit sans and quite possibly on behalf of Hillary.

Supposedly in support of Barack Obama’s failed fiscal policies, William Jefferson Clinton has taken a reprieve from philanthropic efforts like “running a global charitable foundation,” and instead is “deploying himself on a last-ditch, dawn-to-dusk sprint to rescue his beleaguered party.”

Bill Clinton is a Democrat Party rock star.  The impeached president is even gaining popularity with clueless Republicans cursed with short memories.  Clinton has managed to obfuscate intense character flaws and lapses in moral decorum by hanging around Bush the elder, recovering from heart surgery, caring for Haitian earthquake victims and, as the father of the bride, biting his bottom lip while walking Chelsea down the aisle.

Interestingly, Democrat leaders in Washington DC have not orchestrated Clinton’s foray into campaign rehabilitation.  Anxious to reach out and touch the public, Clinton was “deployed by no one but himself.” Bill packed his own ditty bag, or as he says, “loaded up and started strolling around.”

Clinton’s modus operandi is to rush to the rescue and pretend the effort is for the benefit of the party. However, wily Willy always manages to elevate himself by pointing out that those he represents require the “North Star” of the Democrat Party to commandeer a botched undertaking.

If there is one party boy who knows how to endure a battering and still hold on to the goodies, Bill Clinton sure does. In fact, Bill recently expressed to friends that he “is baffled…Democrats have failed to articulate a coherent message on the economy and, worse, have allowed themselves to become ‘human piñatas.’”

While purporting to be on the side of Obama, couched within Clinton’s rhetoric are what appear to be subliminal messages that call attention to Obama’s lack of success.

Take for instance Clinton stumping in the State of Washington referring to voter angst by telling voters not to “…take everything that’s not working right now and put Patty Murray’s face on it.” Referencing “not working” in any context is an odd choice of words with Obama-driven unemployment presently at 9.6%.

Clinton’s idea of bolstering Democrats is to warn voters that “The worst thing you can do right now is bring back the shovel brigade to start digging the hole again.”  Bill Clinton mentioning “shovel” is another peculiar reference, especially in a time when 6.1 million unemployed Americans are buried beneath a job crisis Barack claims comes devoid of an available shovel.

Recent Clinton campaign encouragement included reminding those sitting on bleachers alongside cardboard cutouts of Bill Clinton that America is enduring a time where “More than 10 million of us are living in houses not worth as much as our mortgages and we can’t move like we used to do because our credit would be toast for a decade.”

Adept at appealing to enamored audiences, Bill maneuvers around a podium like a slick Lothario wining and wooing a woman before making a move. Unlike Barack Obama, Bill Clinton distinguishes himself by speaking extemporaneously without a teleprompter and rarely refers to notes.

While campaigning, a fully confident Clinton “speaks infrequently with the candidates – in some cases not at all before showing up for an event.”  The reason?  Although Bill touches upon “local issues defining specific races,” the former president spends ample political promotional time encouraging voters to vote for Harry Reid (D-NV) by “wax[ing] nostalgic” about the Clinton years.

Moreover, Bill never squanders an opportunity to support Barack Obama by pressing the flesh.  In a fashion similar to a Kathleen Wiley counseling session, Bill recently encouraged voters to vote Democratic by “wrap[ping] his arms around folks and listen[ing] for cues about what ails America.”

Coupling an odd mix of self-promotion with the fine art of verbal cuddling, theoretically Clinton is attempting to defend Barack’s honor. Nevertheless, and despite “packed legions of supporters” cramming into “basketball arenas, college quads and airport hangers” for Clinton, Obama/Democrat candidate hype is quickly growing stale and enthusiasm for Democrat campaign rallies is waning.

Even if it is all about him, apparently Bill Clinton is no longer a powerful enough presence to muster the fervor needed to save the Democrat Party. For some reason Clinton, who has been “Summoned everywhere – no matter how hostile the territory,” is beginning to “feel the pain” of rejection by associating himself with an out-of-favor Obama, whose shortcomings Clinton manages to intimate, in a roundabout way, every chance he gets.

Of late, crowds are so unenthused that Clinton, while attending a recent campaign at a Detroit high school, due to an “anemic… turnout at the rally,” was stuck giving a stump speech to part-time grannies from the guidance counselor’s office.  It is hard to argue Democrat enthusiasm is meager if the 42nd President of the United States, a man who “used to command a full house wherever he went,” is being forced to schmooze cafeteria ladies in Ruth Buzzi hairnets because the Clinton presence no longer adequately obscures the Obama fiasco.

In response, a perceptive Clinton campaign rebuke comes to mind where clever Bill managed to simultaneously excuse and call attention to Obama’s ineptitude by chiding impatient Democrats saying: “I’d like to see any of you get behind a locomotive going straight downhill at 200 miles an hour and stop it in 10 seconds.”

Clinton’s insightful analogy makes one wonder why he has gotten behind a similarly out-of-control Obama locomotive.  Is Bill, in 10 seconds, attempting to salvage what appears to be unsalvageable, or is the ex-president merely fueling a runaway train off the tracks in hopes of one day ushering the Clinton caboose straightaway into the station?