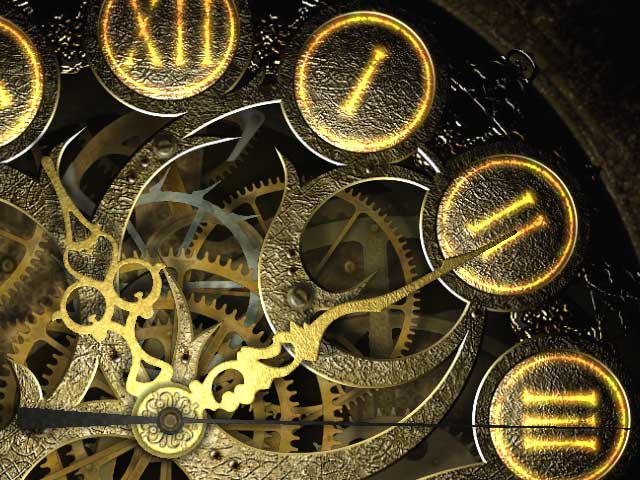 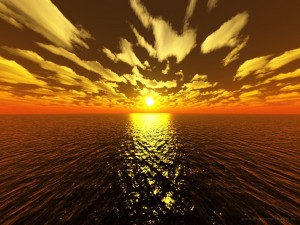 Scripture scholars believe 2,000 years elapsed from Adam to the time of Noah. The Bible says that in the days of Noah “God looked on the earth, and behold, it was corrupt… God said to Noah, ‘The end of all flesh has come before Me; for the earth is filled with violence because of them; and behold, I am about to destroy them with the earth.’” (Genesis 6)

Two thousand years after Noah’s flood, “Jesus sat on the Mount of Olives. His disciples came to Him privately and said, ‘Tell us, when will all this happen? What sign will signal your return and the end of the world?’”

Jesus told them, “Don’t let anyone mislead you, for many will come in my name, claiming, I am the Messiah. They will deceive many. And you will hear of wars and threats of wars, but don’t panic. Yes, these things must take place, but the end won’t follow immediately. Nation will go to war against nation, and kingdom against kingdom. There will be famines and earthquakes in many parts of the world. But all this is only the first of the birth pains, with more to come (Matthew 24:3-8).

Jesus then went on to say:

When the Son of Man returns, it will be like it was in Noah’s day. In those days before the flood, the people were enjoying banquets and parties and weddings right up to the time Noah entered his boat. People didn’t realize what was going to happen until the flood came and swept them all away. That is the way it will be when the Son of Man comes (Matthew 24:27-39).

Two thousand years after Jesus uttered those words, the world is experiencing cataclysmic events of Biblical proportion. Yet, as in the days of Noah, the inhabitants of the earth eat, drink, and blame man-made actions for a planet heaving and stirring in an unruly way.

As 2010 AD ends, “the year the Earth struck back” has left in its wake massive ruin. “Earthquakes, heat waves, floods, volcanoes, super typhoons, blizzards, landslides and droughts…the deadliest year in more than a generation” is responsible for the deaths of “at least a quarter million people.”

Whether Al Gore believes it or not, acts ordained by God can neither be caused nor contained by mortal man. One of the more sobering statistics is that “More people were killed worldwide by natural disasters this year than have been killed in terrorism attacks in the past 40 years combined.”

Even still, many are convinced that man’s abuse of the environment is the basis for what is taking place in nature.  Global warming scientists blame meteorological mayhem, death, and destruction on everything from gas-run vehicles to building “houses in flood zones.”

In Russia, Vera Savinova wore a mask to work to protect herself from 111-degree “record heat, smog and wildfires.” Vera said, “I think it is the end of the world. Our planet warns us against what would happen if we don’t care about nature.” Wearing a gas mask to survive a God-ordained heat wave would be like donning swimmies in an attempt to survive Noah’s flood. Someone needs to inform Vera that an Ark is needed, not a gas mask.

Addressing the global devastation of the last year, White House science adviser John Holdren said “The science is clear, we can expect more and more of these kinds of damaging events unless and until society’s emissions of heat-trapping gases and particles are sharply reduced.”

Excuse me, Mr. Holdren, but were there heat-trapping gas emissions in 2,000 BC?

While we wait for an answer, let’s review the birth pangs. In one of the most “active seismic years in decades,” there were deadly earthquakes in Haiti, Chile, Turkey, China, and Indonesia.

Super typhoon Megi’s 200 mph winds overwhelmed parts of China and the Philippines and, according to the World Health Organization, flooding killed more than 6,300 people in 59 nations.

“After strong early year blizzards … paralyzed the U.S. mid-Atlantic and record snowfalls hit Russia and China, the temperature turned to broil,” while Egyptian-plague-like frogs showed up on the streets of Greece.

Let’s not leave out famine, mass solar flares, drought, blizzards, El Ninos, flooding, and dry spells.  There was Iceland’s smoke-and-steam-spewing Eyjafjallajokull, as well as volcanoes in the Congo, Guatemala, Ecuador, the Philippines and Indonesia. A rare tornado spun through New York City.  In South Dakota last July, a two-pound hailstone fell out of the sky. Added to the list were tsunamis and landslides, which helped bring the major disaster total to 79 and filled a 64-page disaster report.

President Obama declared that 2010 saw a record number of federal disasters.  Ironically, Obama himself was personally afflicted by recurring appearances of flies, rodents and dangerous lightning and thunder. The President was hindered by swarming bees and snow-laden branches falling on his Chevy Suburban SUV motorcade while making its way through Snowmageddon.

Then, just when Obama thought it was safe to go back in the water, a Nor’easter turned the President’s Martha’s Vineyard vacation spot into a less-than-appealing swimming hole because of “high levels of enterococci, an indicator that the water [was] contaminated with fecal coliform bacteria.”

To top off 2010, the “winter solstice …will coincide with a full lunar eclipse in a union that hasn’t been seen in 456 years.” In an ironic reflection of a debauched planet, the event means that the “sun and the moon are almost at their darkest at this point in time.”

Jesus prophesied that in the end, “The sun will be darkened, and the moon will not give its light; the stars will fall from the sky, and the heavenly bodies will be shaken.”

Astronomy instructor Robert Dick said of the extraordinary eclipse/solstice: “It’s quite rare, but there’s no profound significance.  It’s luck of the draw; you got dealt four aces.”  This time an anomaly that shows up only twice in a millennium can’t be blamed on global warming. Instead, scientists are calling the unusual event “a coincidence of natural cycles.”

Instead of explaining away a blackened sun and moon, maybe Jesus’ words describing the dawning of the end of days should also be taken into consideration. Ending “the year the Earth struck back” with a rare solar eclipse should make skeptics pay closer attention to the signs that Jesus predicted 2000 years ago would herald the end times.

Epic snows in some parts of Colorado

Mini Ice Age on the way

Snow brings Britain to a halt

Far be it from me to insist that there may be something to this:

Cars in California trapped in mud

First snowy Christmas in Atlanta since 1882

Thousands of dead fish wash up in the Chesapeake Bay

Kentucky woman finds hundreds of dead birds in her yard

Swedish birds fall from the sky