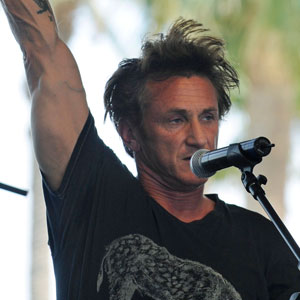 Recently, Venezuelan President Hugo Chávez praised Barack Obama for making both him and Fidel Castro look conservative by comparison.  Chávez enthusiastically called Barack “Comrade Obama!”  Hugo’s affectionate approval was based on Obama “nationalizing … General Motors.”  In fact, Hugo even gave a shout-out to Castro about Barack, saying, “Fidel, careful, or we are going to end up to his right.”

Hugo gushed when Obama suggested an Air Force One stopover in Caracas.  President Chávez said he would love to team up with Obama to “construct a new world order” and treat him to a hug and a large helping of “socialist arepas.”  An impromptu landing in Venezuela comes with benefits besides lunch because the Venezuelan dictator successfully “abolished term limits and shut down independent media outlets,” two potential techniques for Obama to consider prior to the next few election cycles.

For that reason, the recent blow to Hugo and Barry’s solidarity couldn’t have come at a more inopportune time.  In a matter of seconds, the relationship went from Chávez inviting Obama to join him for corn-based pancakes to laying down the ambassadorial gauntlet by forbidding Obama’s nominee for envoy to Caracas from setting foot in Venezuela.

The cause of the dispute?  Larry Palmer told a “Senate confirmation hearing that Venezuela harbored leftist guerrillas from Colombia and that its military was under Cuban influence.”  Those candid observations caused the Venezuelan president to react in an extremely inhospitable way toward Mr. Palmer, leading to the announcement that Chávez would “veto” Obama’s nominee.

Mr. Chávez interprets criticism as discourteous and expressed that “[i]t would be an indignity if [he] allowed [Palmer] to come to Venezuela.”  Chávez emphatically swore, “Well, [the U.S.] can do whatever they want, but this man is not coming.”  Chávez even challenged Obama, asking, “How do you expect me to accept this gentleman as ambassador? He disqualified himself, he cannot come as ambassador.”

One dares not express an opinion that would indicate that the Bolivarian Republic of Venezuela is anything less than an earthly Eden.  In fact, in response to Palmer’s comments, Hugo dared Washington to “cut diplomatic relations” with his country and to “expel” Venezuelan ambassador Bernardo Alvarez Herrera.  Consequently, Herrera’s visa was promptly revoked, and the diplomat was sent back to South America.

Let’s remember that Chávez “packed [Venezuela’s] Supreme Court and the army with his supporters, seized control of the country’s wealth, and introduced a penal code that criminalizes dissent.  Anyone who opposes Chávez faces violence or prison.  Hence, it would be in Mr. Palmer’s best interest if he steered clear of Caracas lest he meet with an untimely, albeit certainly accidental, end.

State Department spokesman Philip Crowley expressed “regret” over the Venezuelan government’s decision to withdraw consideration of Palmer’s post and “hinted it may name a new ambassador, noting that Palmer was never approved by the Senate.”  According to Philip Crowley, “[w]e will have to renominate an ambassador candidate.”  Asked if there could be a nominee other than Palmer, Crowley replied, “These are issues that we will be evaluating, you know, with the New Year.”

Well, the New Year has arrived, and an opportunity to mend fences with the Venezuelan dictator has manifested.  In lieu of Larry, Chávez submitted a list of formidable candidates that would reignite high-level diplomatic communications with the U.S.

Chávez said, “I hope they name Oliver Stone. I’ll suggest a candidate … Sean Penn, or [Noam] Chomsky.  We have a lot of friends there.  Bill Clinton!”

Consider the diplomatic possibilities.  “Dead Man Walking” Sean Penn could address Caracas being one of the most dangerous cities in the world and speak about the futility of maintaining an “annual murder rate … in excess of 135 per 100,000 population.”  Sean, aka “Harvey Milk,” could also address Venezuela’s ongoing discrimination against the GLBT community.

Despite Venezuela’s human rights abuses, Noam Chomsky could continue to promote “survival” over what he perceives to be the U.S.’s “quest for global hegemony.”  In addition, Chomsky could succinctly articulate with superior linguistic acumen the “better world” in which Venezuelans reside.  Noam has said that visiting Venezuela is “exciting” because it is there that he “can see how a better world is being created.”

Oliver Stone is another ideal pick.  Friend-of-Hugo Oliver could gain further insight from Chávez on improving the American economy and in turn assist Obama in advancing the socialist agenda at home.

Oliver directed South of the Border, “a film that [drew] attention to the social improvements ushered in by Chavez, who … nationalized parts of Venezuela’s economy, including important bits of the oil sector and big chunks of the banking, electric and steel industries.”  The Marxist film director believes that “[y]ou hear all the criticism, all the exceptions to the rule, but generally speaking the economy has surged in Venezuela from 2003 to 2008 … This is a story that people don’t know.”  Thus, Oliver’s primary role could be remediating the reputation of misunderstood “Leftist Menace” Hugo Chávez.

Then there’s Bill.  Chávez mentioned he had a friendly meeting with Secretary of State Señora Clinton at Brazilian President Dilma Rousseff’s inauguration ceremony over the weekend.  It was there that Hugo asked about [Hillary’s] husband Bill.

“Slick Willy” is a gregarious type whose name usually evokes spontaneous affection from women as well as international tyrants.  This is not for nothing, but if diplomatic efforts fail, at least cigar aficionado Clinton can assist Venezuela’s endeavor to resurrect the Crispin Patino line of fine Venezuelan cigars here in the U.S.

Missing from the ambassadorial assemblage was bloated up-and-coming politician and star of “30 Rock“Alec Baldwin.  Although Chávez didn’t mention Alec, the Long Island native told CNN’s disgraced New York Governor Eliot Spitzer that he’s “very interested” in a political run.  When asked about a foray into politics, left-winger Baldwin said, “It’s something that I’m very, very interested in.”  Baldwin maintains that elected leaders should be “people who have not lost sight about what the middle class in this country is.”  What better way for a labor union/ACORN/progressive Working Families Party coalition favorite like Alec to break into politics than by acting as an emissary to “working family”-friendly Venezuela?

Baldwin, although not “diplomatic” in the traditional sense, is fearless when it comes to verbal reprimand.  If the United States does not comply with Chávez’s edicts, Baldwin could administer authoritarian correction and, on behalf of Hugo, rebuke America for being a nation populated with capitalistic pigs, or what Baldwin might define as “a rude, thoughtless little pig” with no “brains or … decency.”

In the end, removing Larry Palmer from contention for envoy to Caracas may ultimately benefit Venezuelan-American relations to a level never imagined.  A contingent of potential ambassadors made up of Marxist actors, pudgy liberal comedians, communist apologist/directors, libertarian socialist linguists, and an impeached ex-president with a penchant for fine cigars could provide the opportunity for Obama to rekindle a beloved friendship and finally share that steamy pile of totalitarian tortillas with like-minded comrade and reconciled socialist/soul mate Hugo Chávez.