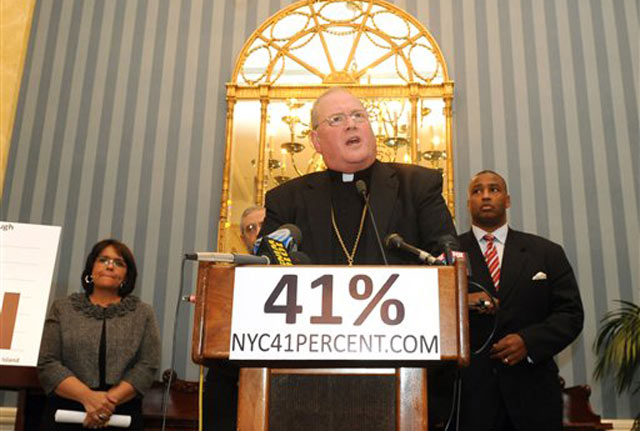 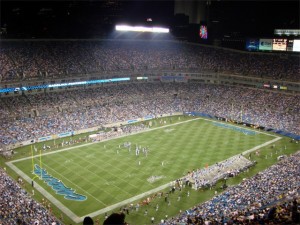 Archbishop Timothy Dolan says, “Abortions in New York City should be ‘rare.'”  Those are the same words Bill and Hillary Clinton and Barack Obama use when trying to moderate their lethal stance on abortion.  Obama, the most pro-choice politician in the history of America, said abortion should always be “safe [for whom?], legal, and rare” and that “families, not the government, should be the ones making the decision.”  Why, then, is a magnanimous government, headed by Barack Obama, constantly looking for excuses to provide funds to ensure that women have the money to rid themselves of inconvenient offspring?

Truth is, abortion is in no way safe for the injured party, and while legal, it doesn’t appear to be rare in New York City.  Per Barack’s pro-choice criteria, it is legal to administer a procedure that is deadly for fetuses, and according to the summary of 2009 vital statistics for New York City, the brutally violent practice of abortion is anything but infrequent.

Archbishop Dolan, though well-meaning, should deal directly with the reality that the “rare” part will never apply, especially in New York City, where the abortion rate is “nearly double the national average of 23 percent.”  In 2009, the number of abortions in America totaled the approximate yearly average of 1.3 million, which is comparable to the population of San Diego, California.  Maybe Barack should clarify his definition of “rare.”

New York City wins a gold star for contributing to the overall national abortion figure, with the borough of the Bronx coming in at 48%.  According to NYC Health Department statistics, 41% of all pregnancies recorded in 2009 ended with induced termination, which means the biological results of four out of every ten successful conceptions in New York City ended up in either the city crematorium or a red biohazard bag.

Even more chilling is data which indicates that out of the 87,273 abortions performed in New York City in 2009, 47% of the children murdered — 40,798 children — were black.  Yet blacks continue to support Barack Obama and refuse to acknowledge that approving of the unfettered eugenic slaughter of one’s own people makes America’s first black president neither a defender nor a champion of his own father’s race.

For those who can’t fathom how high a pile of 40,798 unborn children would be, travel for a moment to a concert in Bern, Switzerland in 2009, where Bruce Springsteen drew in 40,000 revelers.  An aerial panning of the crowd provides a visual comparable to the number of dead African-American children disposed of in New York City the same year as the Boss’s concert.  Add to that the 28,364 Hispanic babies, and the percentage climbs to 80% of all pregnancies voluntarily terminated in NYC being either black or Hispanic.

So a liberal blue state is presently in the process of systematically wiping out a potential minority voting base by employing the unsafe, legal, and not-so-rare genocidal policies Barack and the Democratic Party heartily endorse.

Of the Big Apple abortions, 64% of the procedures were perpetrated between eight weeks and 21 weeks of gestation.  At eight weeks, “Eyelids and ears are forming, and the tip of the nose is visible. The arms and legs are well formed. The fingers and toes grow longer and more distinct.”  At 21 weeks, the “safe” execution of a baby that “weighs about 10 ounces and is a little over 6 inches long…sucks [its] thumb, yawns, stretches, and makes faces” requires harsher methods in order to expunge the fetal tissue from the uterus.  Graduating from vacuuming out the fragile contents to removing the infant piece by piece and then examining the tissue to make sure the diminutive, yawning thumb-sucker is fully evacuated is apparently what President “Safe, Legal, and Rare” Obama considers innocuous.

Nevertheless, Dolan’s belief that the “practice [of abortion] is unlikely to end but that it was important ‘to tell people what is happening’ and help pregnant women come to terms with their choices” presents the cleric with a perfect opportunity.

This year’s Super Bowl XLV is slated for Cowboys Stadium in Arlington, Texas, which has a seating capacity of 80,000.  Immediately following Bill O’Reilly’s sure-to-be-softball Obama Super Bowl Sunday interview, Archbishop Timothy Dolan can present the second annual spoil-the-party, Ted-Tebow, sobering-pro-life Super Bowl half-time ad.  The archbishop can show a panoramic view of the full expanse of Cowboys Stadium and “tell people what is happening” by explaining that in 2009, in New York City alone, a similar number of people were deprived of the right to life thanks to Barack Obama’s “safe, legal, and rare” abortion policies.