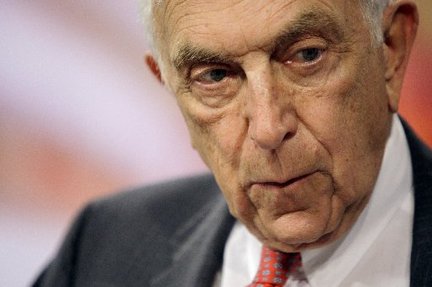 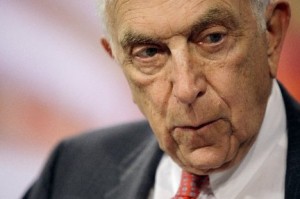 After living 86 years, Frank Lautenberg (D-NJ) hasn’t softened his liberal stance, especially when it comes to destroying the helpless and vulnerable. Lautenberg is opposed to the “House Republicans’ ‘No Taxpayer Funding for Abortion Act,'” which prohibits “federal funds from being used for any health benefits coverage that includes coverage of abortion.” Lautenberg’s reason?  He doesn’t want “politicians interfering with his family’s health and well-being.”

Senator Lautenberg considers himself an “experienced” father and grandfather.  In Frank’s family there are what he describes as “healthy and well-being young women,” (sic) which he thinks makes him an authority on whether federal dollars should be funneled into clinics that make millions killing not only girls but also boys.

At the press conference, Frank was joined by other Democratic senators standing together in opposition to lifesaving legislation. The senators contend that the “No Taxpayer Funding for Abortion Act” will “endanger women’s health by severely limiting…access to affordable health care and reproductive health services.”

Speaking on behalf of the women in his family, “loving parent/family man” Frank Lautenberg touted choice as being what is “wonderful…about America.” Lautenberg argues, rather poorly I might add, that a bill that affords pro-life Americans the choice to not fund abortion interferes with choice.

New Jersey anti-parental notification Senator Frank Lautenberg voted “No” to “prohibit minors from crossing state lines for abortion” as well as “No” to “notifying parents of minors who get out-of-state abortions,” but was adamant when he said: “I won’t attempt to voice my views on your family and let my family alone. Don’t go near my daughters.” Moreover, Frank doesn’t comprehend that forcing those morally opposed to abortion to finance the lethal procedure is simply a nonverbal way to voice a view.

Frank shared his belief that limiting “access to abortion services reminds him of a Third World country,” and apparently the gang of six agreed. Lautenberg maintained that if the “GOP had their way,” instead of unborn babies being “tossed away” the “reproductive rights of American women would be tossed away.”

According to Senator Lautenberg and company, women being denied federally-funded abortion would be like a Third World country requiring “women to wear head shawls to cover their faces even if they don’t want to do it.” In Liberal Lautenberg’s circles, having to pay for an abortion with your own money is now being compared to being forced to wear a full burqa.

Nevertheless, malapropist Frank remained patriotic in his contention that “This is America,” a country where we prove we’re “not one of the third world countries that we see …tragic decisions hoisted upon women,” such as the “tragic decision” to deny the right to fund and abort 60 million babies.